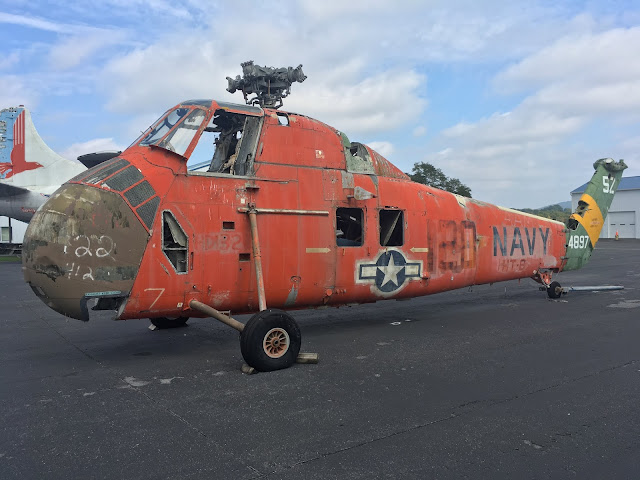 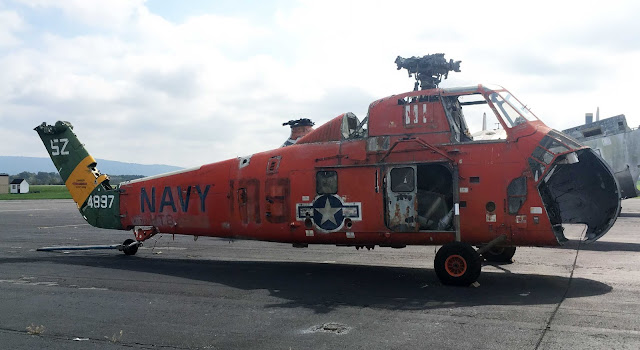 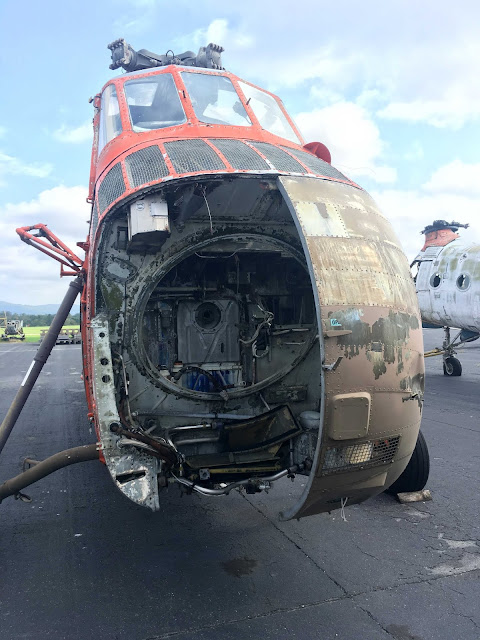 These pictures of this somewhat dilapidated Sikorsky SH-34 Sea Bat were taken at the Mid-Atlantic Air Museum. It's stored outside, which is unfortunate but I find missing parts and covers can make a more interesting display. My realization that the power came from a Wright radial engine mounted on an angle just below the crews feet with 1500 horsepower running up the drive shaft next to their elbows put the aircraft in a new perspective.
I also immediately thought that this machine would be a perfect candidate for a turboshaft engine.  A little googling showed I was only about 60 years late with that idea. Westland helicopters built a turbine variant in 1958 as the Wessex.
This is the earlier H19 with same engine layout but with quad landing gear and high tail. Below; the Westland Wessex.

Production of the H-34 type ended in 1970 but the next year Sikorsky started doing conversions to a Pratt & Whitney Canada PT-6-3 Twin-Pac® Turbine engine.  This was a big step up in reliability and safety, though in my opinion, the longer nose didn't add to its looks. 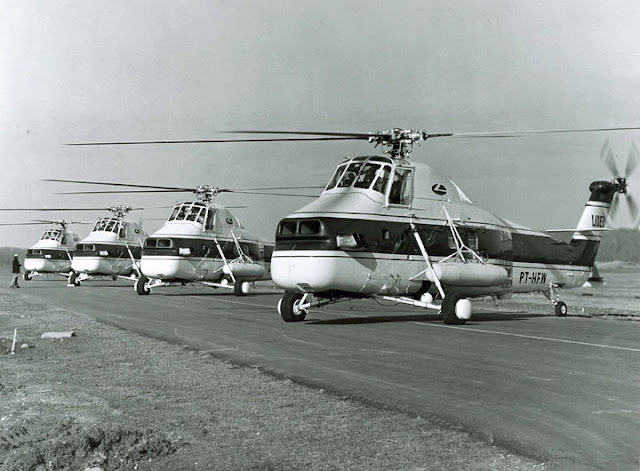 Only die hard Noodle Wingers could like the way these look:)

And another thing, think about where that engine/rotor driveshaft was...

But from what I've been reading, that arrangement never gave any problems. But the potential!
As for the looks, the French nicknamed the helicopter "éléphant joyeux" (joyful elephant). Seems apt!