We used to make things in this country, #310, Corvettes 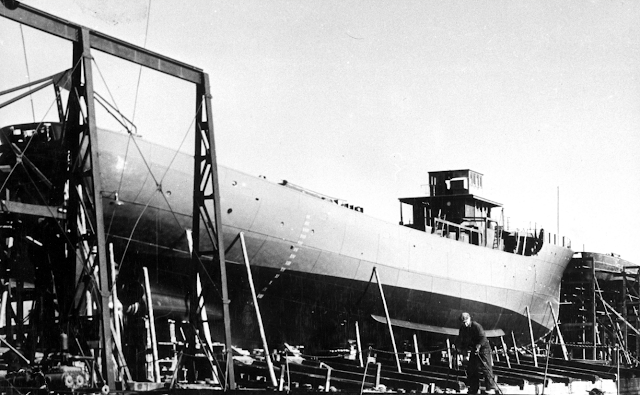 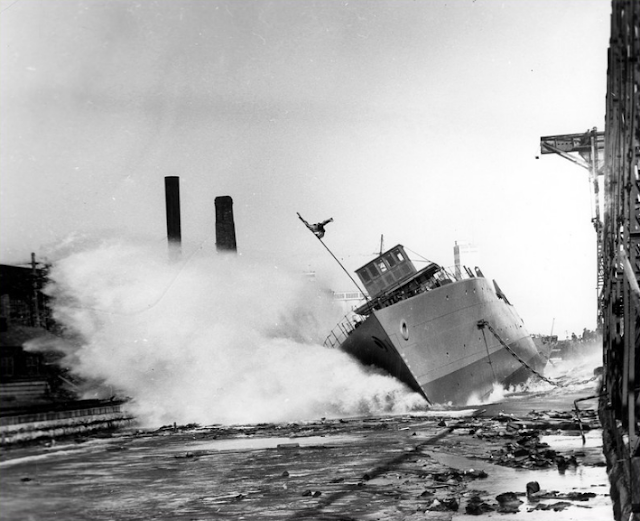 The corvette HMCS Moose Jaw (named after the city in Saskatchewan) is launched at the Collingwood, Ontario shipyards in April of 1941. The ship was commissioned in June 1941 and on its first training mission it participated in the first U boat sinking by the Royal Canadian Navy.  The Moose Jaw served on Atlantic convoy escort duty for most of the war both across the Atlantic and from England to Gibraltar.
After the war the ship was retired and it was scrapped in 1949.
More history here. 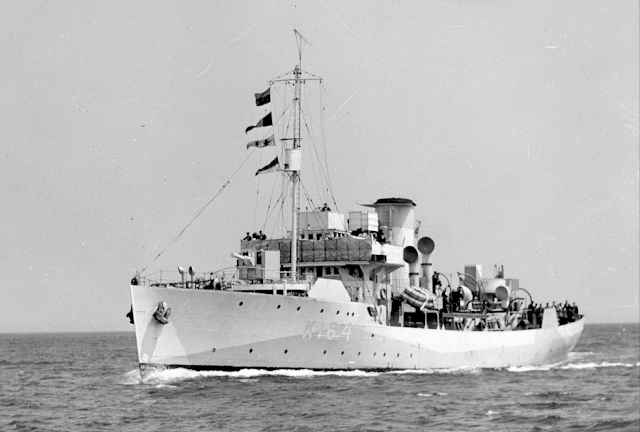