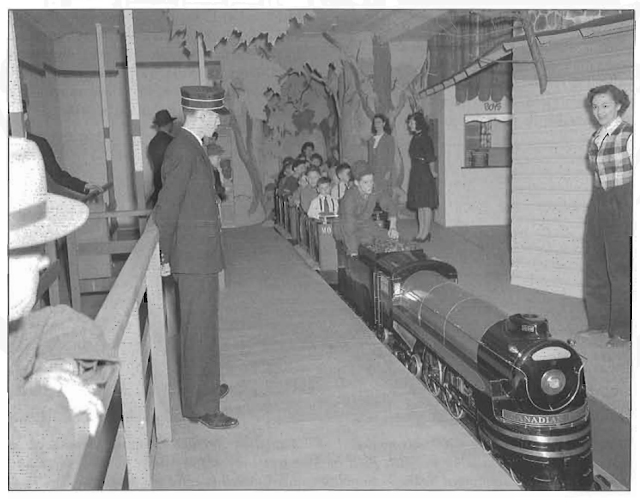 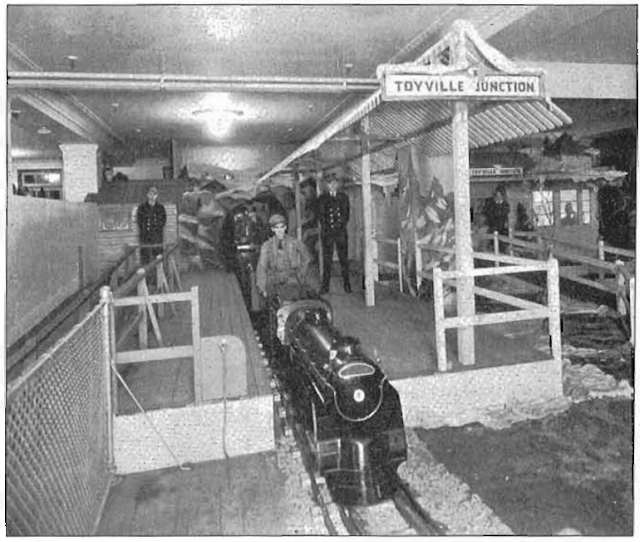 During the first half of the 20th Century, Eatons was the biggest department store chain in Canada. They went all out at Christmas, the toy department was magical, with Santa Claus presiding over all the toys and Christmas displays. The store in Montreal even had a train ride for the kids, an electric 1/6 scale replica of the Canadian Pacific Jubilee class locomotive pulling 4 cars running on an oval track through enchanted forest scenery. Sensory overload for the kids!
The train had been built by the CPR shops and was first installed for the Christmas season of 1936, running for the next few Christmas seasons.  During the war years the program was cancelled for austerity reasons.
According to the CPR internal newsletter, the train was refurbished during the summer of 1945 and resumed service for the Christmas season, more popular than ever.
Meanwhile the CNR had built their own version  for the Toronto Eatons store at their Pointe Saint Charles shops. This one was a 1/5 scale replica of CNs flagship, the 6400 Northern class. It was a big deal, 10,000 people came to see the train demonstrated at the railway shops before it was delivered and set up at the Toronto Eatons store, where it also proved enormously popular. 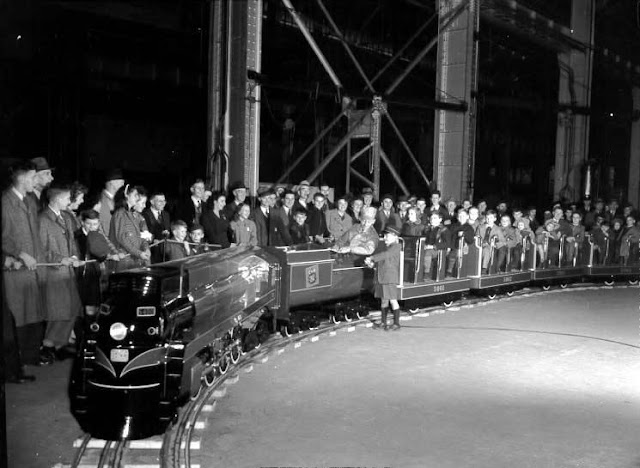 Eatons could see a good thing when they had it and for 1946 commissioned an additional train for the western provinces. This was a 1/6 scale replica of the new Royal Hudson. This setup travelled between Winnipeg, Regina and Calgary stores.
All three trains brought a lot of publicity to Eatons and the railways over the years. By the early sixties, diesels had replaced steam, suburban shopping centers were taking traffic and sales from the downtown flagship stores so the trains were discontinued. The Jubilee model was scrapped, but the other two have been preserved. The whole story here. 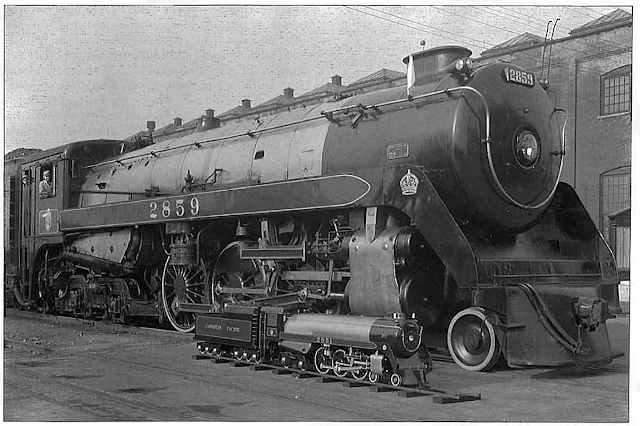 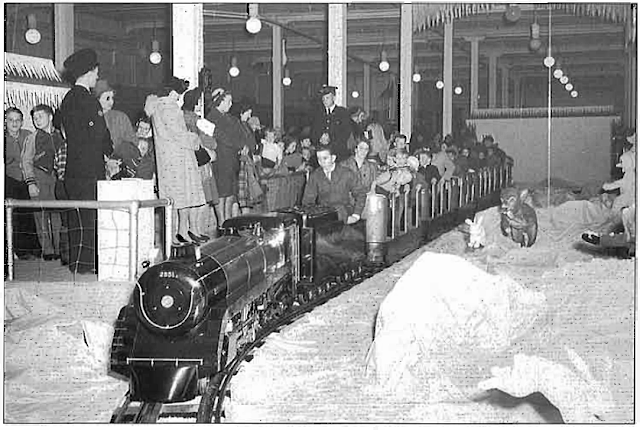