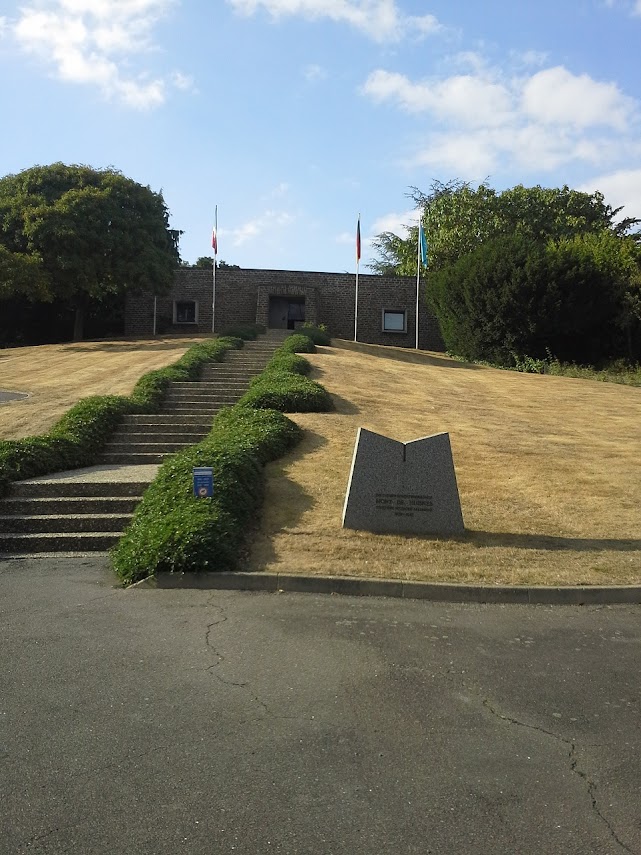 During a visit to Normandy a few years ago, we had visited the beaches, museums and Allied cemeteries. I wondered what had become the German casualties, and returning from Mont St Michel we learned. Turning at a small sign we followed a road to the Mont-de-Huisnes German war cemetery, the resting place of 12,000 soldiers. The rules for constructing a German cemetery were different than for the Allied, of course, and the space was restricted, light colours were not allowed and what is resulted is an unobtrusive circular mausoleum of dark stone set on a small hill. There is a small lobby in the admin building, passing through that brought another climb to the small door in the wall, beyond that was a plain circular grassy space surrounded by two storeys of crypts, each of which houses about 200 burials. Each burial has a brass plaque with name (if known), rank, date of birth and death- many very young people.

A plaque inside the entry room states that there almost a million dead German soldiers buried in France, the result of two world wars. 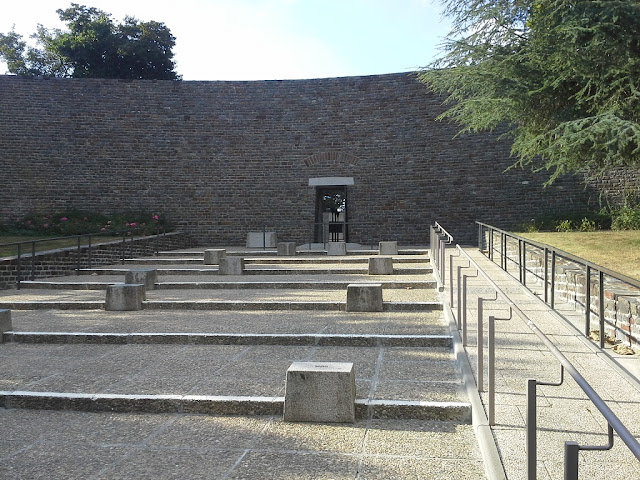 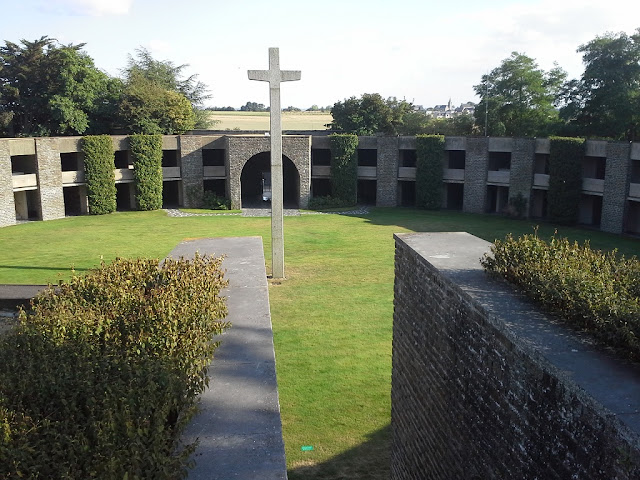 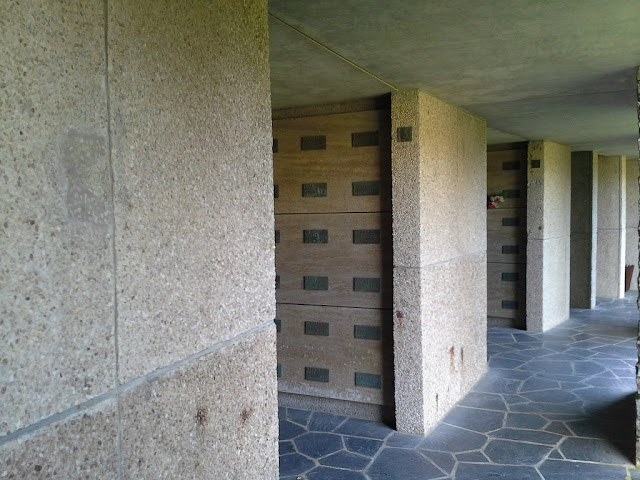 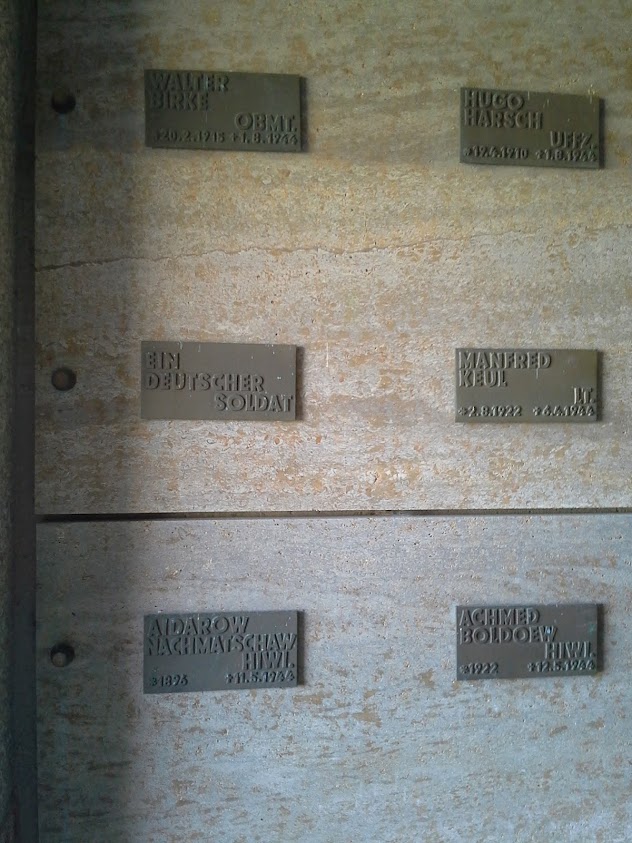