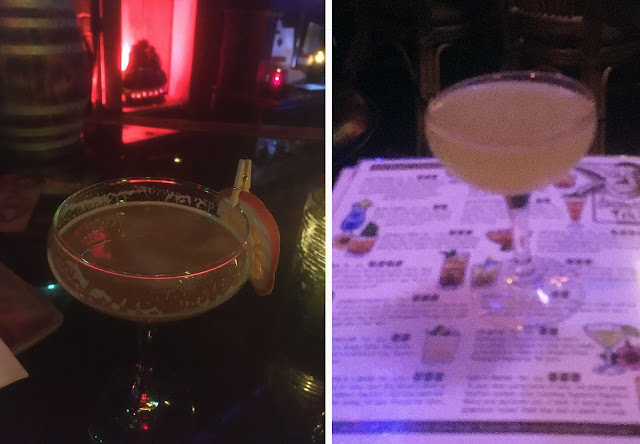 3/4 ounce orange liqueur (such as Cointreau)

Apparently the Sidecar was invented about WW1 or slightly later, there are two stories, one- taking place in either London or Paris, it was the favored drink of a visiting American general who habitually arrived in a motorcycle sidecar piloted by his chauffeur. The other story starts at the Ritz in Paris; Horace Chase, son of Miani architect was becoming a regular, showing up in his tiny two-seat Amilcar, parking it with the huge  Hispano Suizas etc. Frank, the famous bartender, jokingly referred to the car as a child’s toy, or more like a motorcycle sidecar. One day in answer to Frank’s “What will it be?” Horace decided to have something special. “Back home, I used to drink Bacardi and lemon juice with a little Cointreau. Mix that, but use brandy in place of the Bacardi.” Horace thought the result was quite good, as did others who tried it. Frank was also pleased and quickly named it a sidecar, after Horace’s little car.

I have more detail for the second story so we'll say that's the real story.

Anyways, although I enjoyed the field research for this post, I'll apologize for the quality of the photography, the camera had been drinking... (as Tom Waits might have said...)

Thanks for the silly idea, Glen!