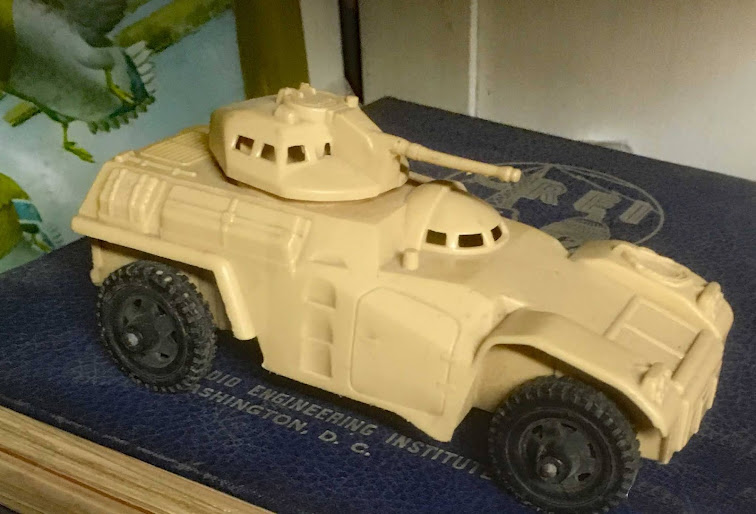 Here's a armored car toy, proportion and scale seem to be fairly arbitrary but the average kid wouldn't mind. Turning it over shows the makers name, Processed Plastic of Montgomery, Illinois, another name I was unfamiliar with. A quick Google found a couple of articles, one from the late 1990s is good and upbeat, how they are surviving competition from Asian imports by making toys that are too expensive to ship, the company is doing well. Then in 2005, the bad news, the company has closed.

The company had been started in 1948 to make plastic toys, the company prospered and in 1962 took over the Tim-mee line of injection molded toy soldiers, the cheap ones that came in large clear bags that we all had when we were kids (I think I stepped on one the other day!). Whole story here. 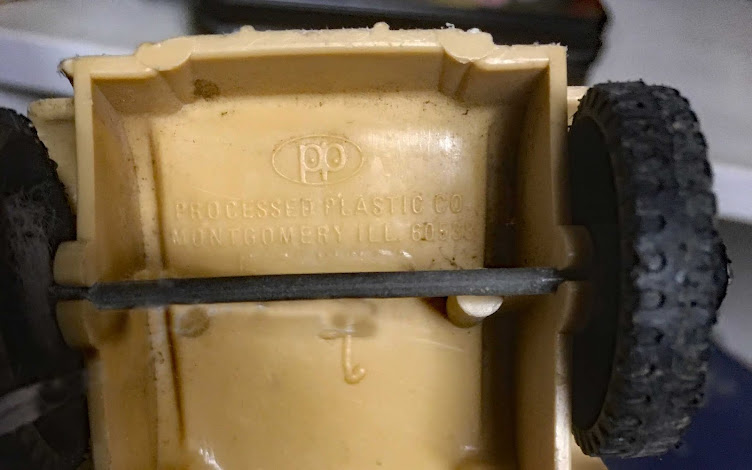