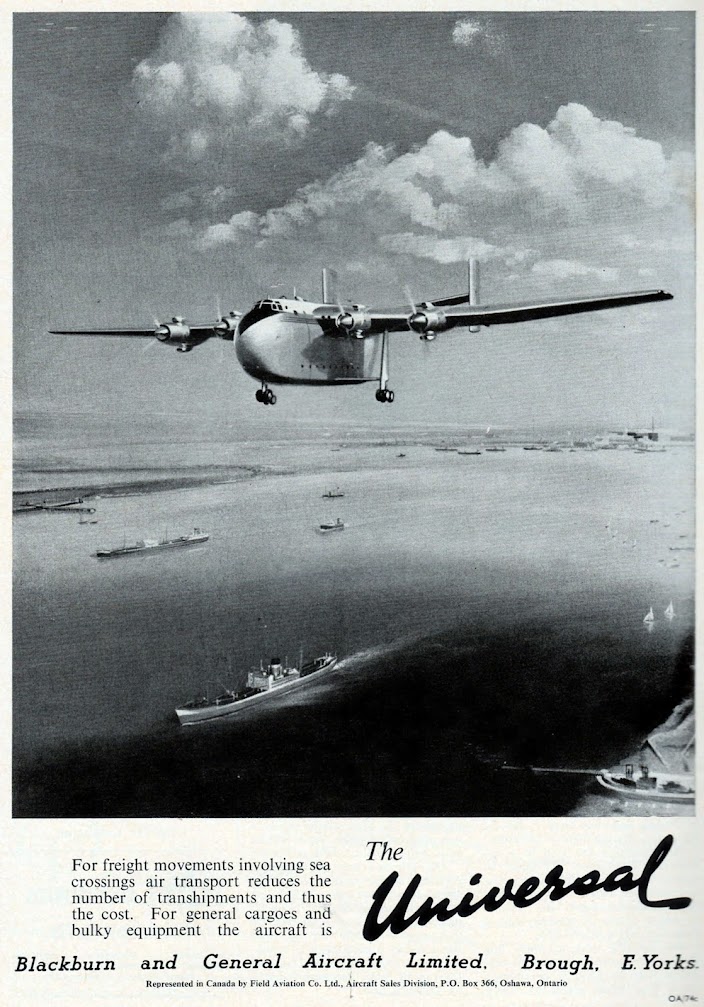 The Universal Freighter was designed and built by General Aircraft in England, the first prototype flew in 1950. The RAF placed orders for the plane as the Blackburn Beverley and 49 were built in total, though there were no other customers. The company was optimistically represented in Canada by Field Aviation, then located in Oshawa, On.

The Beverley was a piston engine, fixed gear cargo plane designed for heavy loads and carrying troops or paratroopers, able to operate from short or rough runways. It apparently worked very well in those tasks, despite its ungainly, slightly ridiculous appearance. The last one was retired in 1967.