Shown at low tide and apparently the only one of its kind in the world.
In 1927-28 this bridge connecting Orr Island with Bailey Island was constructed of granite blocks stacked up like cribbing. The concept was to build a structure that allowed the tides to continue to flow freely through Wills Gut and the granite block construction was considered heavy enough to be able to withstand any storm. The bridge was reconstructed in 2009-2010 to redeck and to restack and replace broken cribstones. 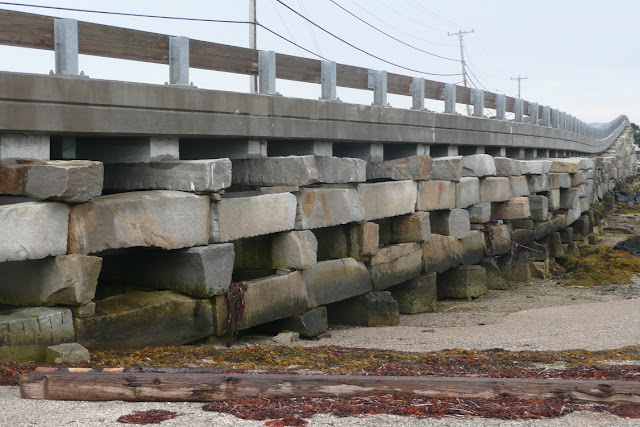 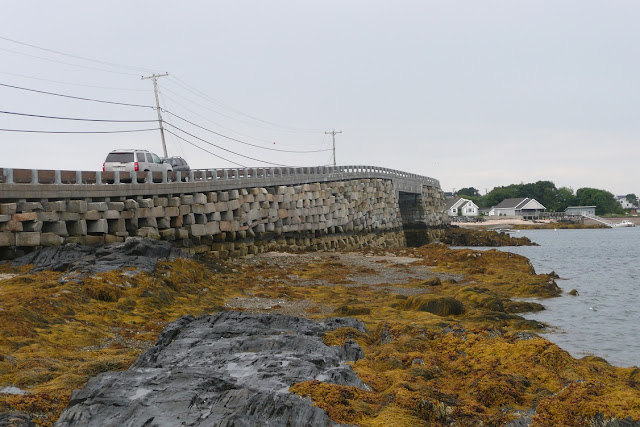 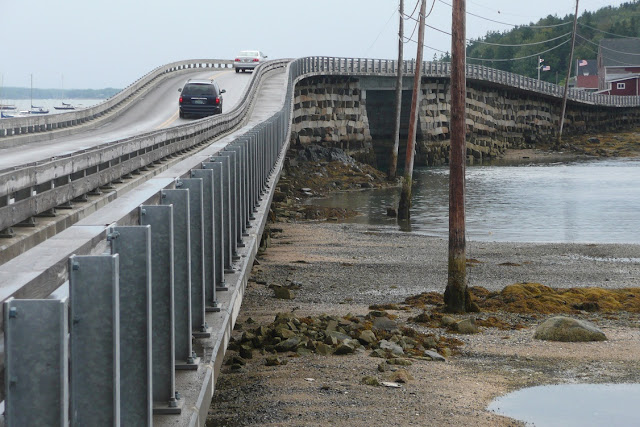 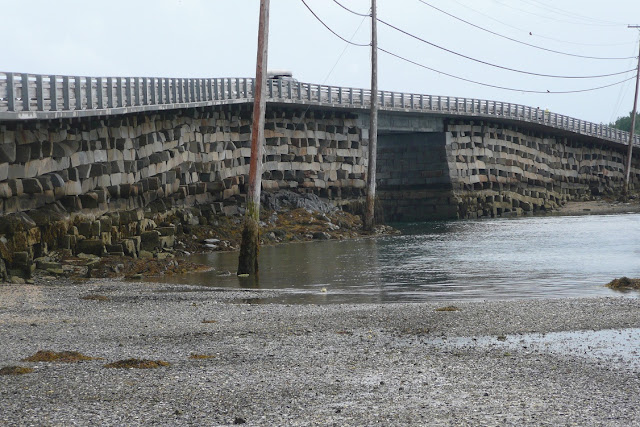 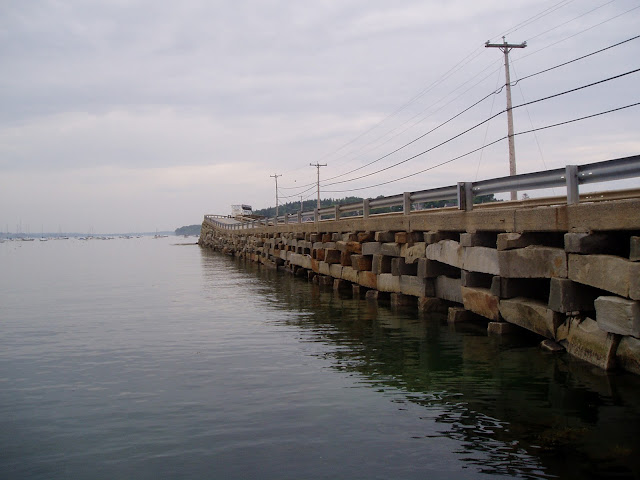 Google Maps view of the bridge and temporary bypass during reconstruction. 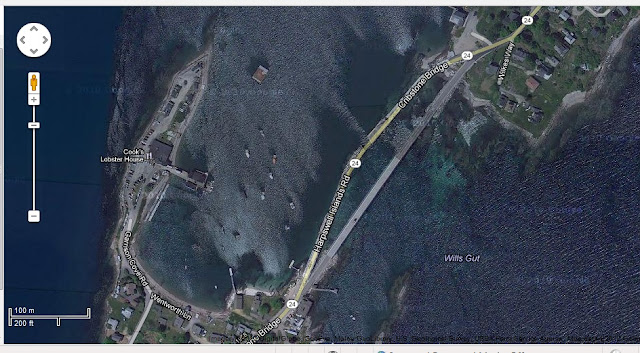