The Owls Head Transportation Museum in Maine owns and flies a number of WW1 replica airplanes and set up this display/test rig to demonstate one of the Gnome Rhone rotary engines. This engine design has the engine turning with the propeller and the crankshaft bolted to the airframe. Monsoupape is French for single valve. After many hard pulls on the prop, much raw gas pouring from the bottom cylinders and several small fires, it burst into life and with much noise and smoke ran at full speed. Not sure what the rpm is full speed but to watch the entire engine a spinning blur gave me some insight into what the designers could do as well as what the pilot had to deal with as he tried to shoot down his opponents. This engine had a life span of only about 30 hrs before rebuild time, not a big deal as it was somewhat less than the expected life span of a WW1 fighter pilot. 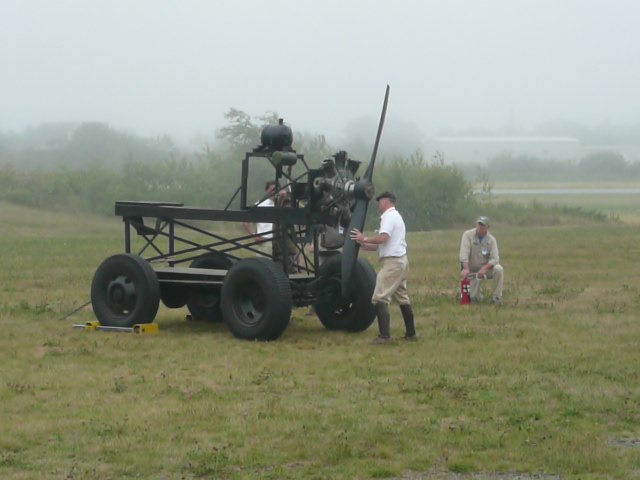 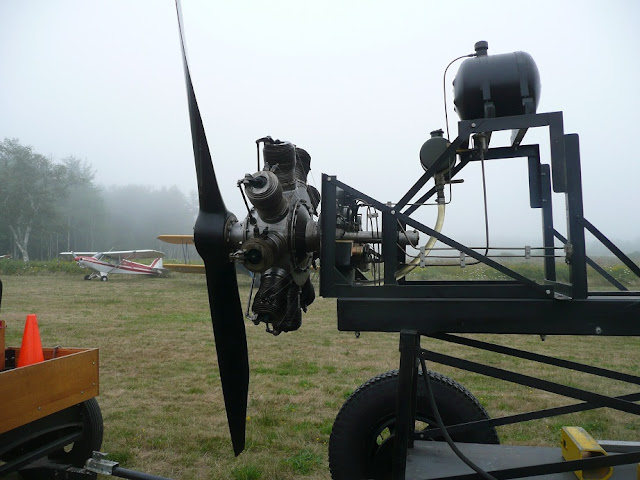