Walter Wolf meets the Gamma with his name on it

The Suzuki RG500 Gamma was about as close to a real GP bike as had ever been built as a production bike when it was released in 1986. The watercooled square four two stroke had a cassette-type gearbox and aluminum beam frame. Very fast, modern and exciting. They came in a couple of colour schemes, Suzuki blue, blue and white and red, black and white but also in a Walter Wolf version as shown below. The pictures came from a Kijiji want ad (by persons unknown) a couple of years ago and were apparently taken at the Mosport Vintage festival with the bike posed beside a Walter Wolf GP car. Someone else has also posted them and the ad copy here; http://raresportbikesforsale.com/1986-walter-wolf-racing-edition-suzuki-rg500-gamma-in-canada/

Walter Wolf was a Canadian businessman who made his money supplying the oil industry and spent some of that money as team owner and constructor in F1 between 1976 and 1980. All very nice, inspirational and a great story. But I'm not sure why Suzuki felt doing a line of two stroke motorcycles in Walter Wolf colours half a decade and more later would be a good idea. I can't find any F1/Suzuki motorcycle connection nor any indication that there was any Wolf/Suzuki sponsorship involved. And when the want ad states; "Mr. Wolf claims it is not only the first one he has ever seen, but the first and only he has signed." I get even more curious.
So once more, just why the connection? 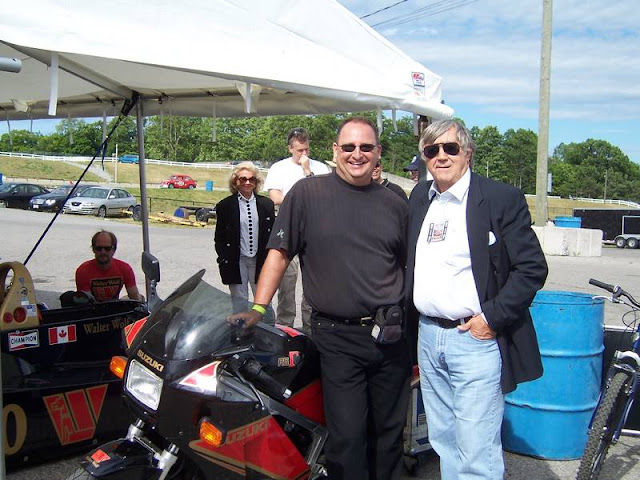 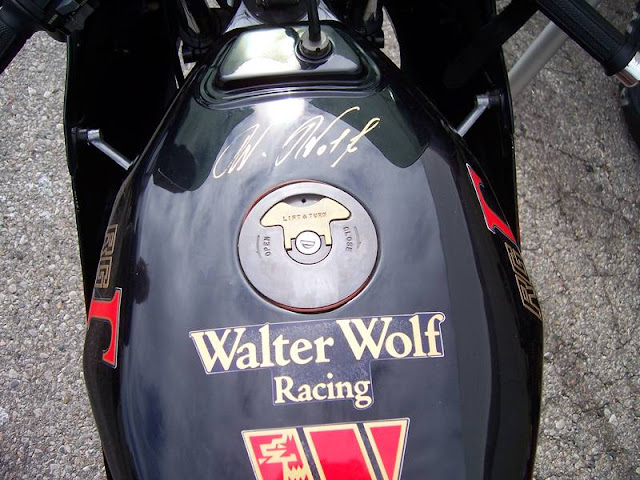 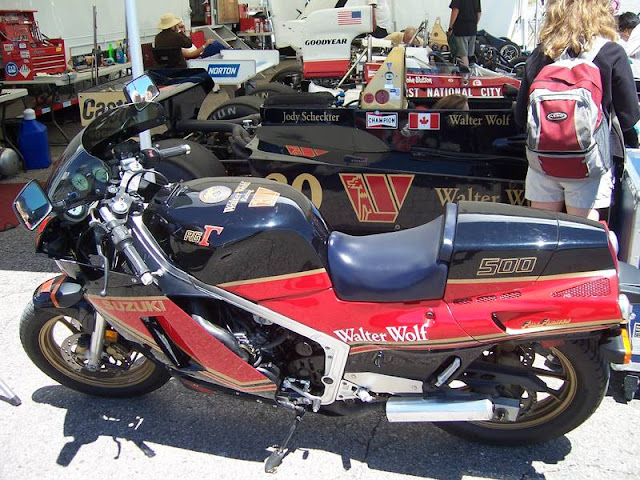 And another Walter Wolf vehicle- without his name on it. According to the book Extraordinary Automobiles, published by Motorbooks International in 1985, this was Walter Wolf's second custom Countach, the race team colours understated in royal blue, gold pinstriping and small Canadian flags. 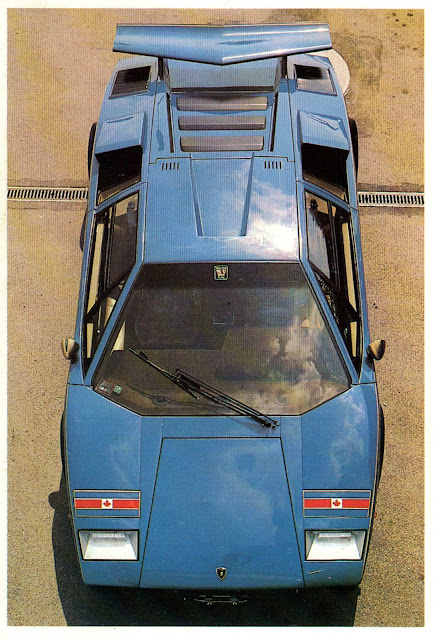 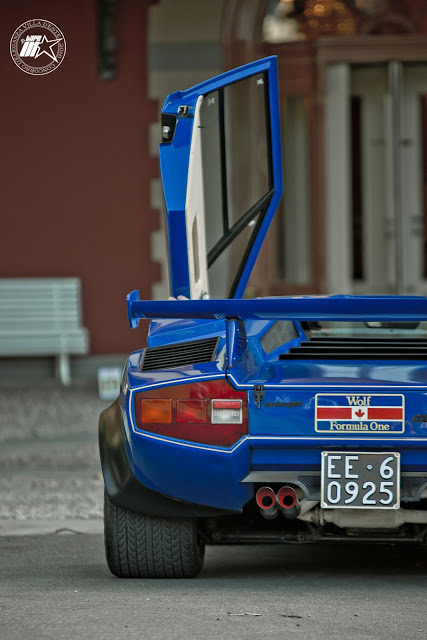