The Bell Telephone Company of Canada was formed in 1880.  However, as it was almost impossible to source telephone equipment from Canadian manufacturers, in 1882 the Mechanical Department of the Bell Telephone Company was formed to address this problem, beginning in Montreal with a staff of three.  This was made into a separate company in 1895, the Northern Electric and Manufacturing Company.  Four years later, Bell bought a company that was eventually named The Imperial Wire and Cable Company.  In 1914, this was merged with Northern Electric firm to form the Northern Electric Company Limited.  In 1976, this became Northern Telecom, and then Nortel. 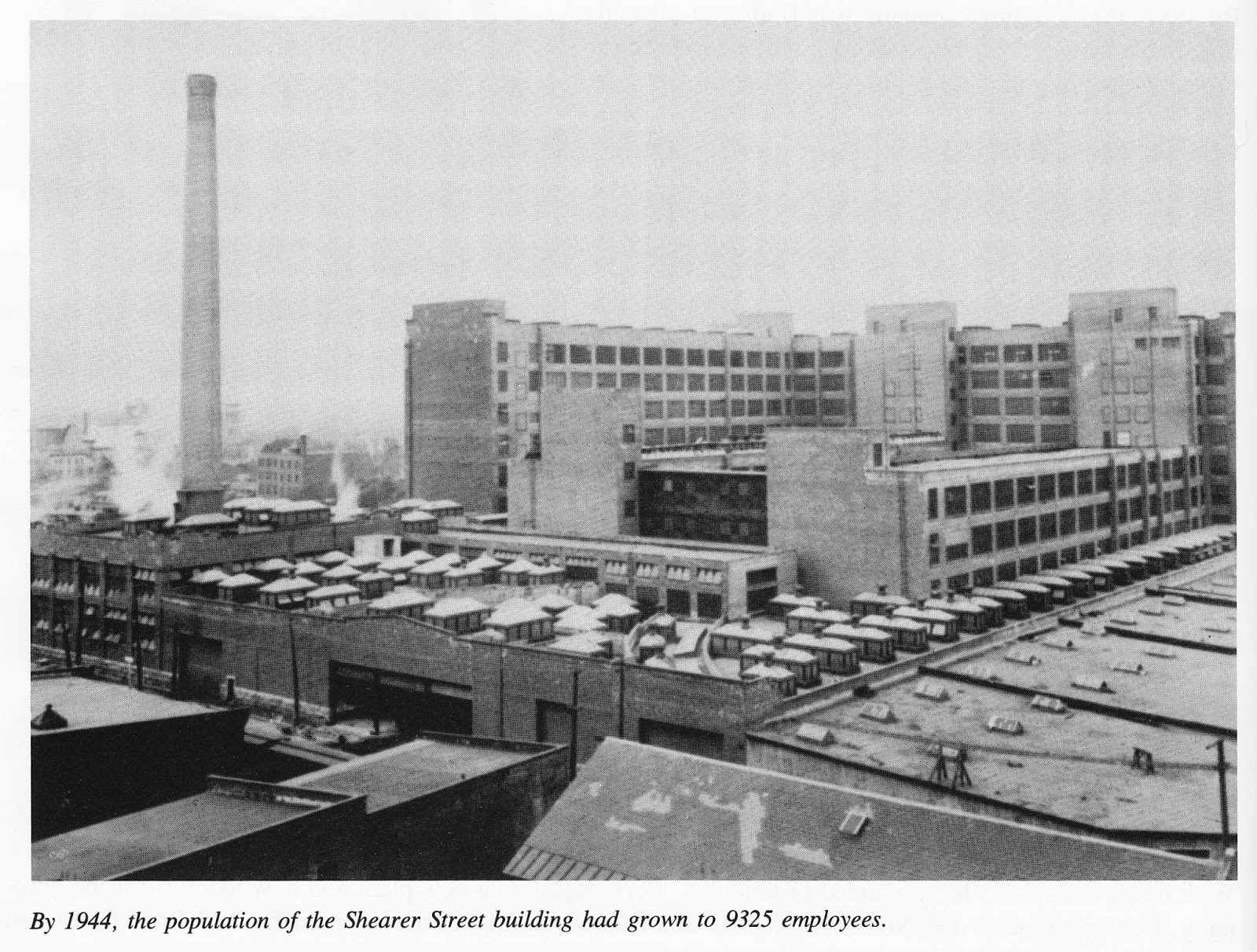 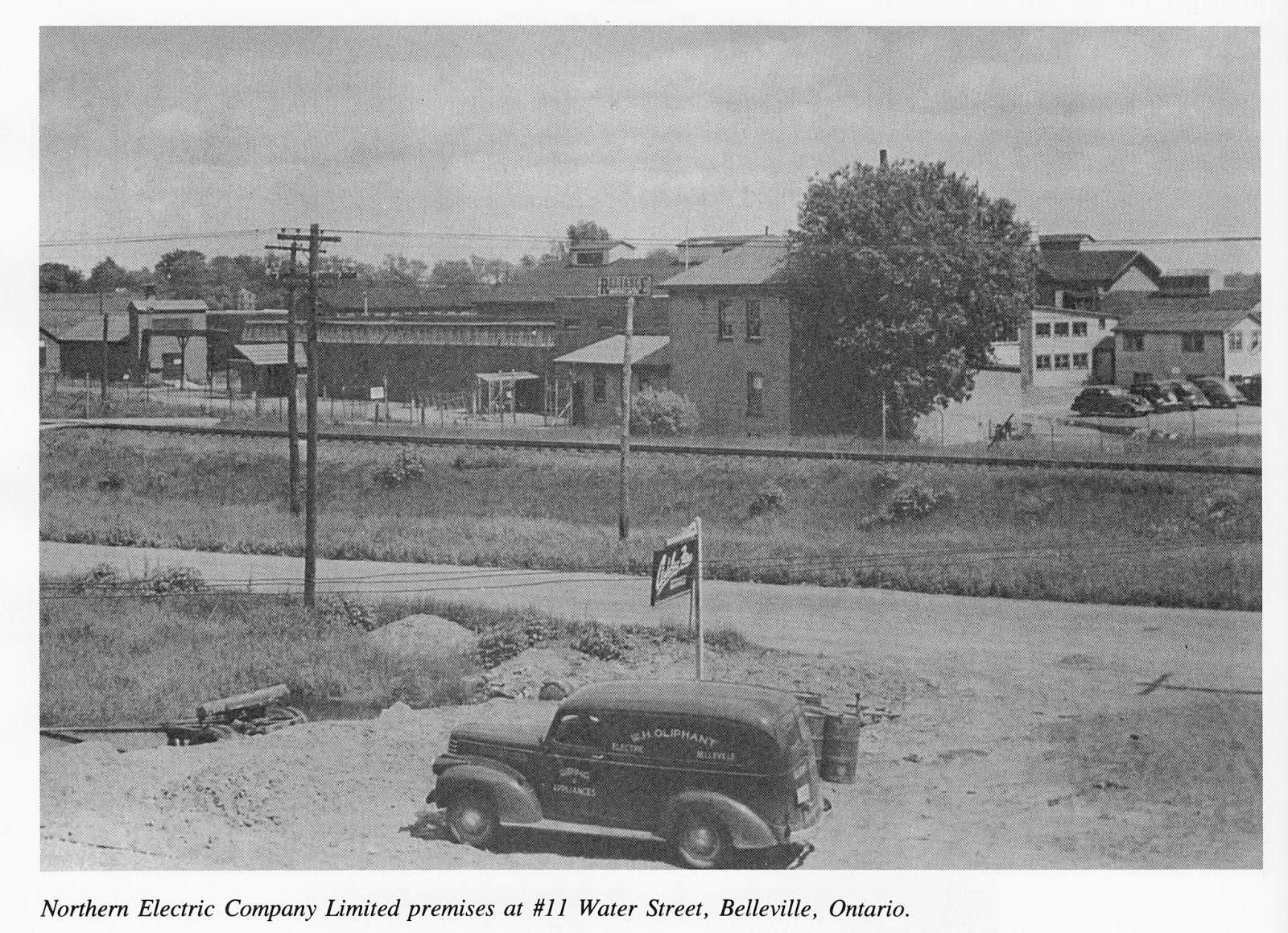 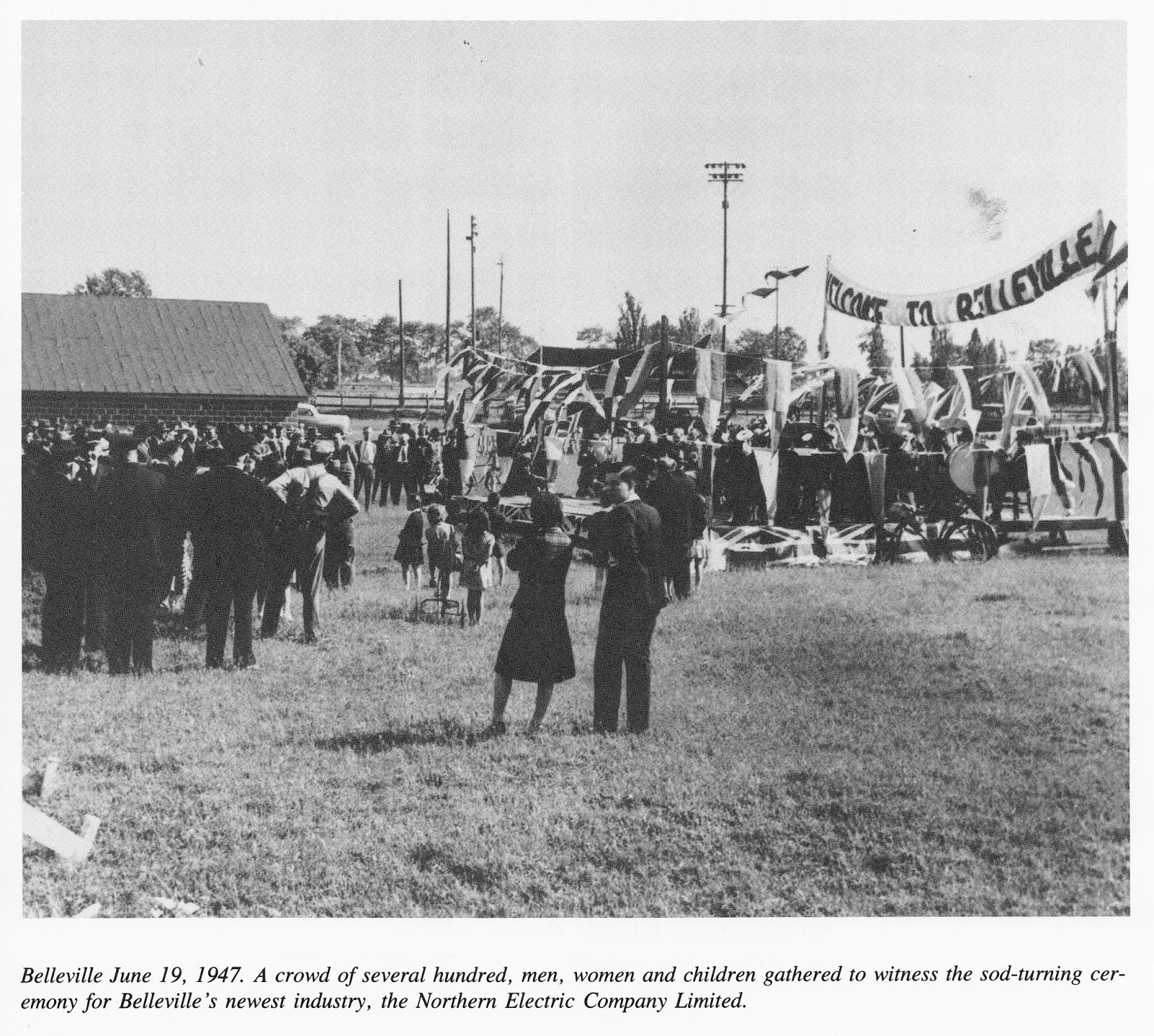 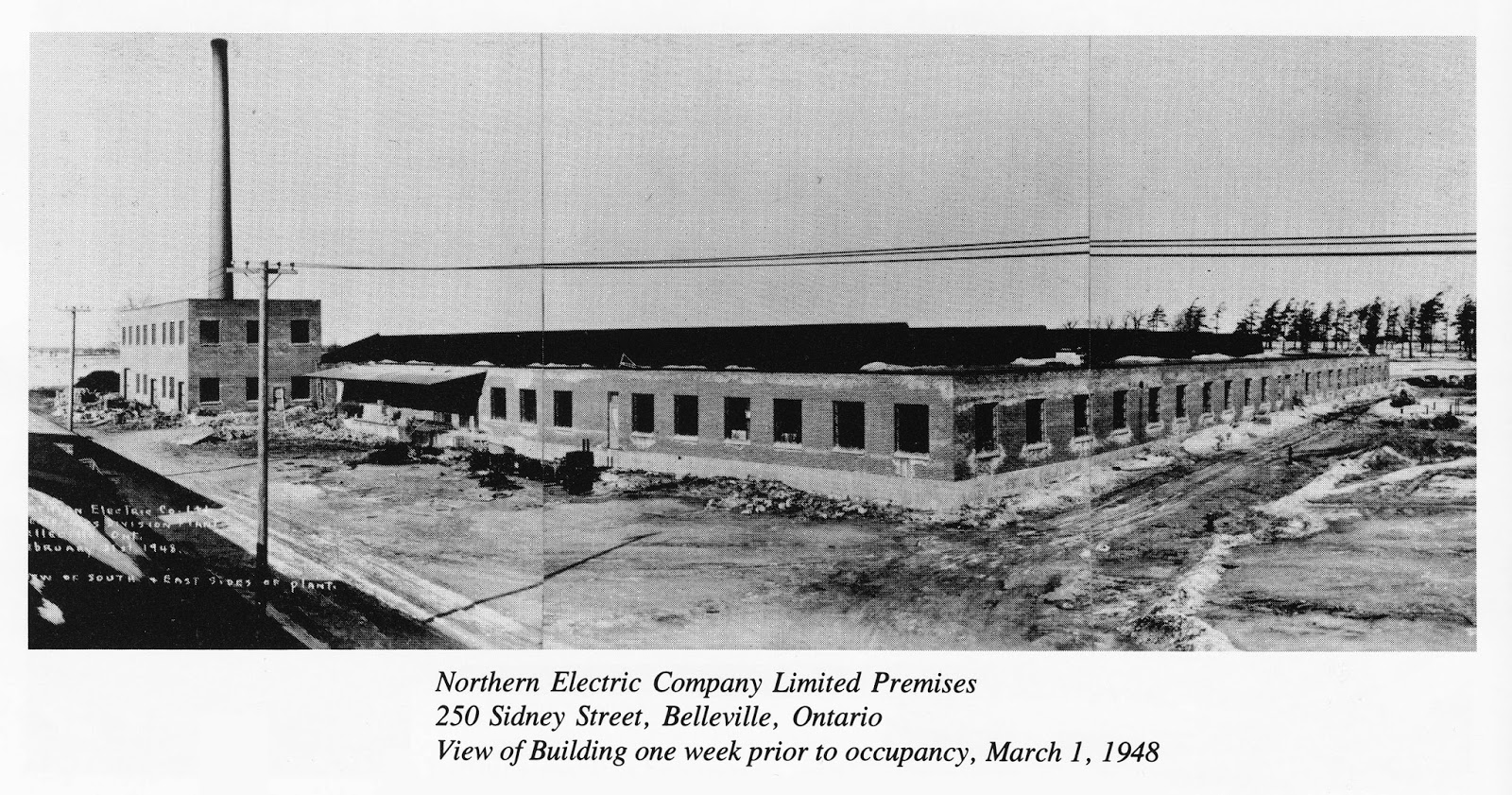 Following World War II, the company needed to expand its manufacturing capabilities and eventually chose Belleville for its location.  A 25-acre site to the west of Sidney Street was purchased, at the cost of $200 per acre.  As a goat farm was already present on the location, Northern Electric agreed to relocate it to a new site further north.  The company eventually grew to become Belleville's largest, full-time private employer.  For a look at the varied products of this factory, click here.

In the introduction to the book, Kieran J. Gunning, AVP Manufacturing & Operations said,

"Nortel Belleville has grown as a result of the life-long dedication of a diversity of individuals building a company, a community, a city, and a country.  Our past has provided a strong, rich base that enables us to seize the challenges of the next milllennium. ... We are very proud of our past and extremely excited about our future!"

Yeah, right.  According to Wikipedia:

"At its height, Nortel accounted for more than a third of the total valuation of all the companies listed on the Toronto Stock Exchange (TSX), employing 94,500 worldwide, with 25,900 in Canada alone. Nortel's market capitalization fell from C$398 billion in September 2000 to less than C$5 billion in August 2002, as Nortel's stock price plunged from C$124 to C$0.47. When Nortel's stock crashed, it took with it a wide swath of Canadian investors and pension funds and left 60,000 Nortel employees unemployed."

According to the Belleville Intelligencer:

"A decade ago, concerns about possible buried drums of solvents and other materials related to Northern Electric, Northern Telecom and Nortel's five-decade long production history at its Sidney Street, prompted environment ministry officials to order Nortel to remediate any sites found to have the buried material."

So, a decade or so after the Fiftieth Anniversary celebration, Nortel Belleville was gone.  In place of an exciting future, its legacy is many former employees who no longer have pensions, and possible brownfields in Belleville and other locations that Nortel argues it no longer has responsibility for, since the company is bankrupt.  The Canadian federal government apparently agrees.  The Sidney Street factory is now an office building for Avaya.  Progress is fine...
Posted by The Duke at 8:50 AM