I suspect there were different brand names for the asphalt shingle-based siding nailed onto the sides of houses between about 1930 and 1960. In our area it was called Insul-brick (Insul-bric?). Whatever it's called, having observed and experienced later iterations of the cheapest possible siding you can put on a house, aluminum, vinyl, foam/stucco etc... this stuff is still holding up better on various old houses than many of its successors 70 odd years later.
It consists of some form of fibreboard in various sizes and shapes (an unlikely 14 x 43" on the ones I measured) covered with an asphalt shingle-style tar and grit, pressed and printed into something and nailed onto the existing siding, giving the look of a brick house from across the street.
http://www.mhs.mb.ca/docs/glossary/insulbric.shtml 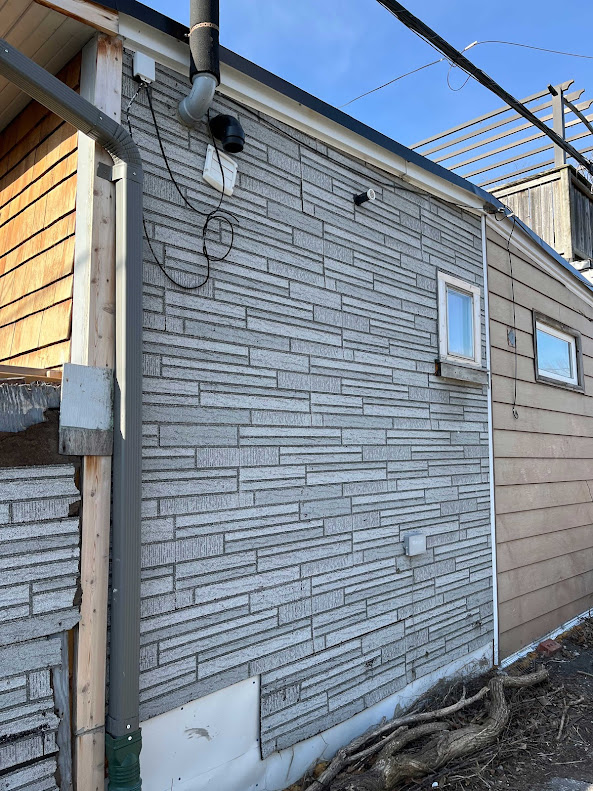 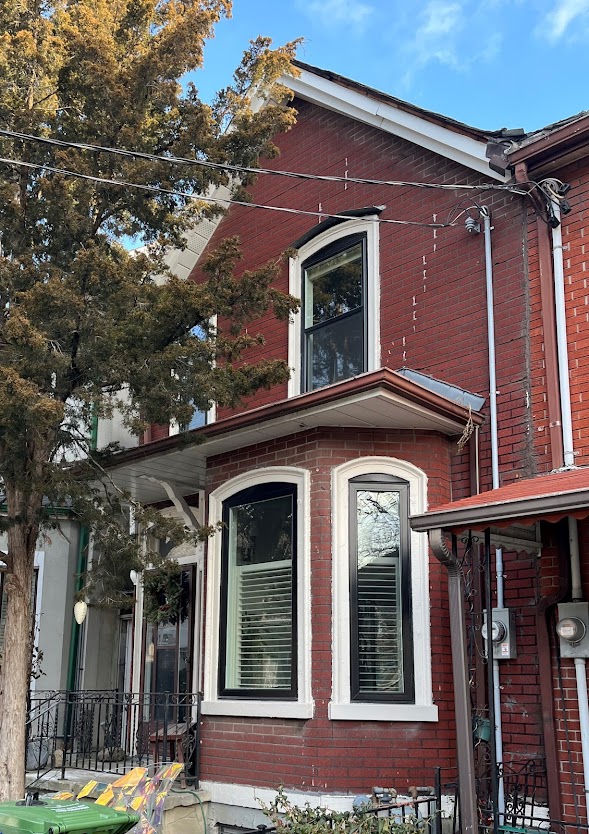 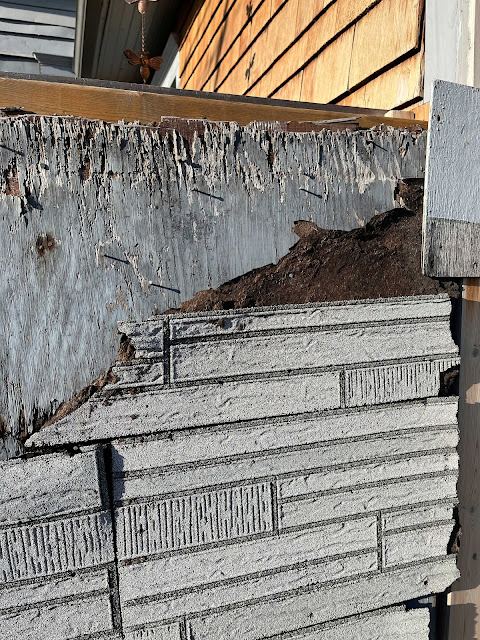 Definitely nearing the end of its existence...
but in looking around my neighbourhood, I see there is a variation that seems to be just a roll of asphalt shingle material 18" wide that people nailed onto the siding below. The lack of a fibreboard backing doesn't seem to have affected its longevity. Compare that to the life expectancy of "15-year" shingles available today. 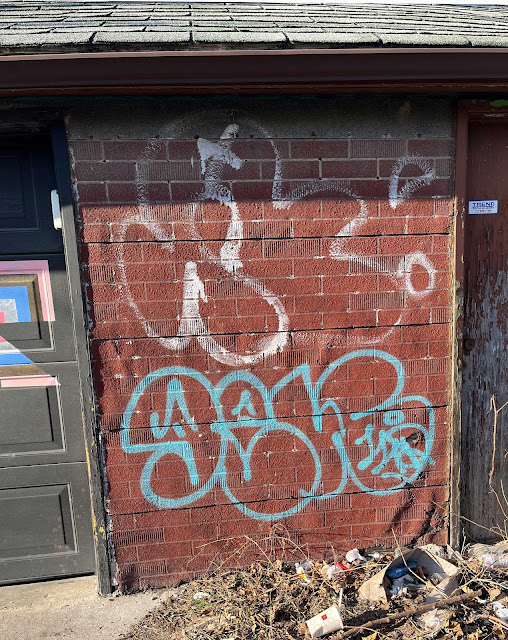 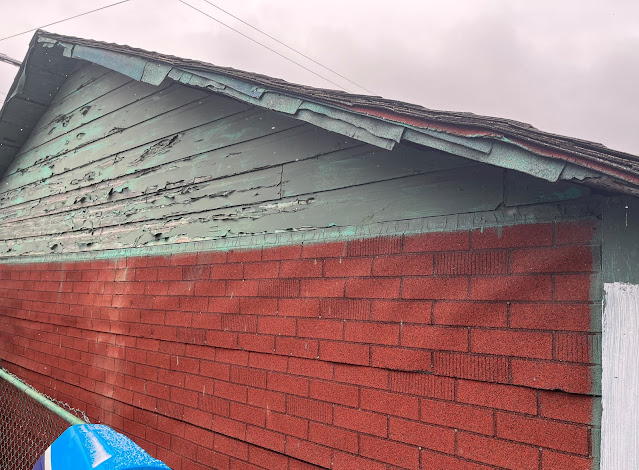 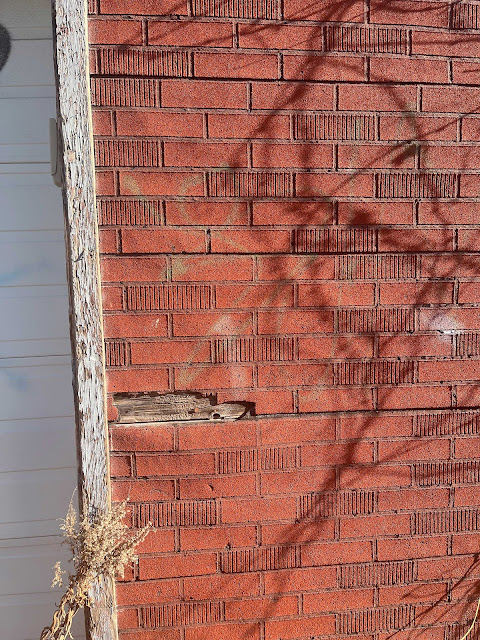 I don't understand why people do graffiti,
spray paint ain't cheap and why waste it? bunch of deadbeat why I outta...

Spray paint is only expensive if you're actually *buying* it.

If you catch my drift.

That's why it's all behind glass at Canadian Tire these days...