Although hub steering was not a new idea (the Ner A Car was a couple of years earlier) when George Wallis set to designing a better front end for motorcycles, he made a number of improvements and patented his system.

In 1925, funded by a well-to-do neighbour, he built several prototypes and racers to prove the design and publicize his development. Above is the first, with a rudimentary fuel tank and a horizontal Blackburne engine. The front end pivoted from the lower front of the dual tube frame that curved up to the steering head and also continued on to the rear axle. A rod connected the handlebars to the steering pivot which was suspended by leaf springs. Apparently the frame and front end consisted of about 350 separate pieces brazed and bolted together, simplification would be needed for production. I suspect some of the stability of the motorcycle was due to the rigidity of the frame.

Below is one of the racers and below that, the machine is stable at speed at Brooklands even with a soft rear tire!

At bottom is a machine nearing production trim. Unfortunately, Wallis's investor got cold feet, and the company folded in 1927. 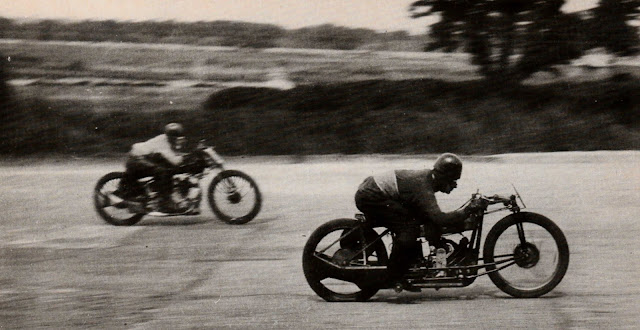 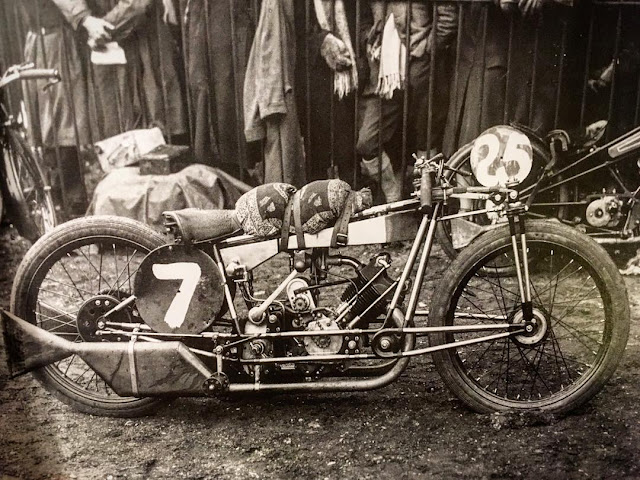 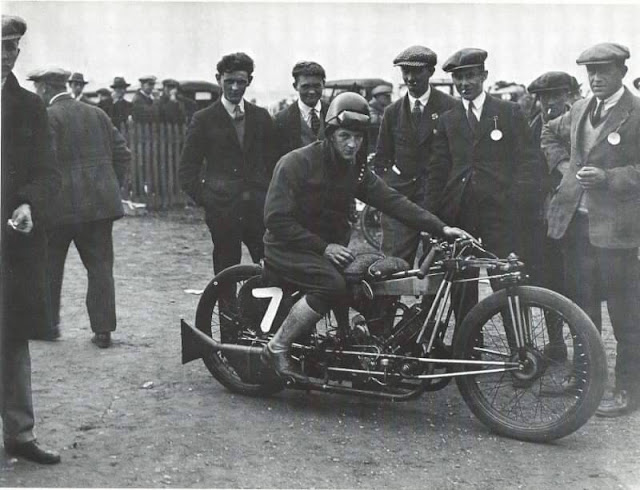 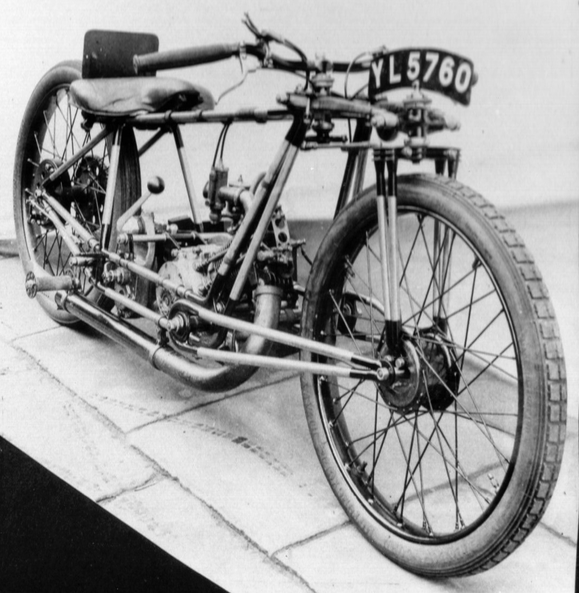 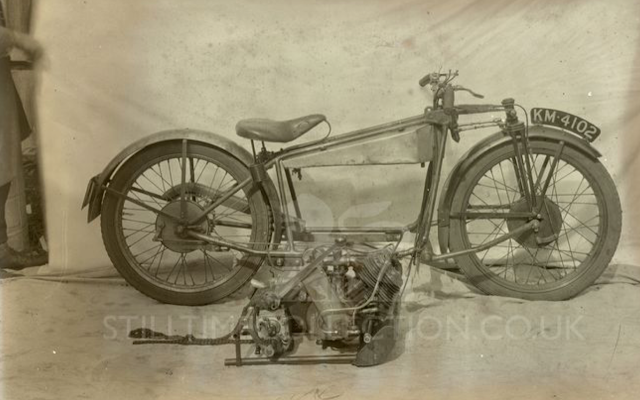 This single-tube frame was apparently planned for production.

Hate to make u turn with that limited steering ability .More likely a 5 point turn!

That's always been the big negative with that system. Not really a way around it either.