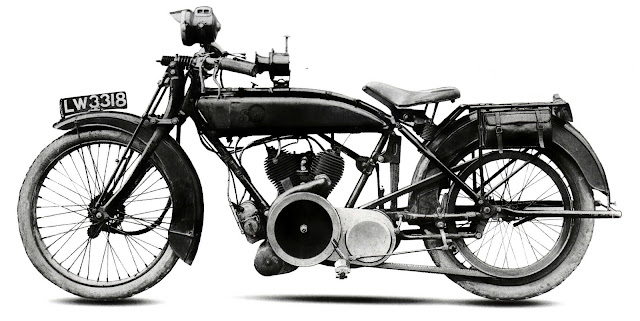 The Stanger was built in London in 1921-23. It was powered by their own 538cc two stroke 45 degree V twin engine with a 3 speed transmission. The chassis featured a leaf spring suspension on the rear and girder front.

David Stanger built various gas engines over the years for different uses. According to Sheldons Emu this one was originally intended only to be supplied to motorcycle manufacturers, but in 1921 he decided to build his own complete motorcycle. Apparently it was not particularly successful and was soon out of production. 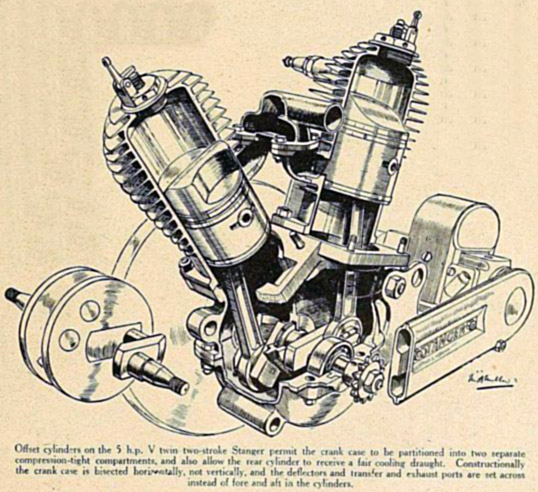 Hard to imagine a 5HP 2 stroke twin needing compression release valves. Maybe those are primer valves on top of the cylinder heads?

I can't find the compression ratio anywhere, but it can't be much over 5:1... chuff chuff...

Prior to WW1 Stanger was involved in model aircraft: