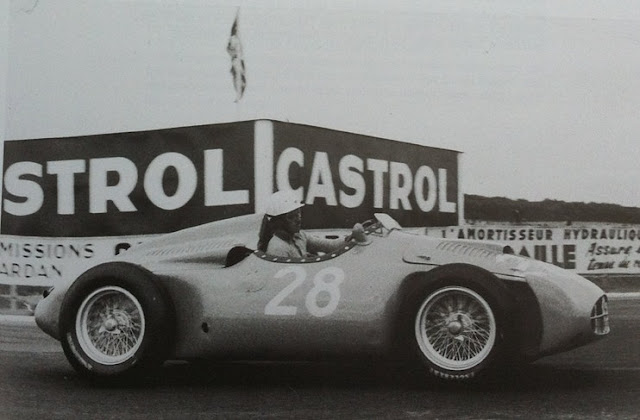 This was the Bugatti factory's last gasp at trying to field a Grand Prix car.  The car featured a transverse mid-engine straight 8. It was built during 1955 and appeared at one race in 1956. Short and wide, the car was ill handling, underpowered and uncompetitive. It retired after 18 laps with a broken throttle linkage, the driver Maurice Trintignant, no doubt breathing a sigh of relief at having survived the ordeal. 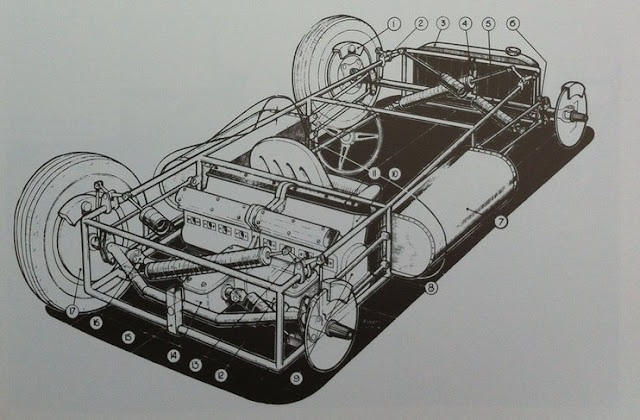 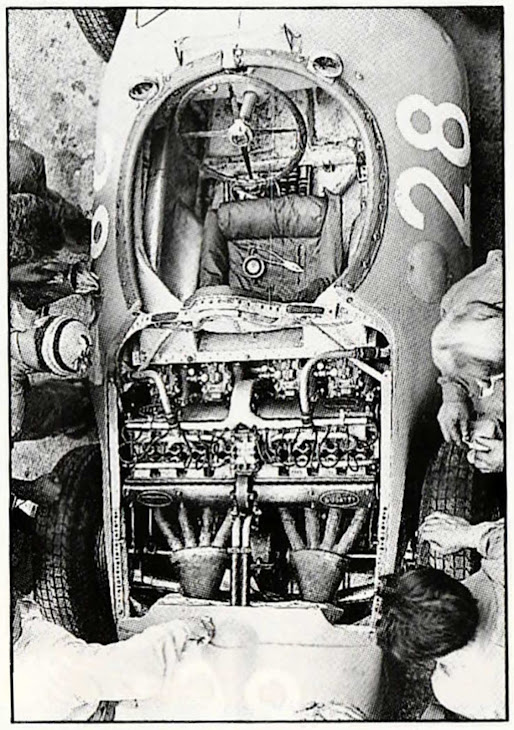