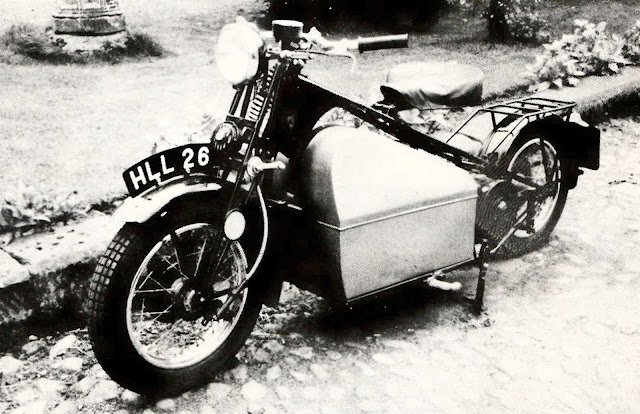 Here's an electric motorcycle made in Belgium during WW2. The large box contains three 12 volt batteries which supplied, according to the article in the November 1989 issue of the Classic MotorCycle, a 48 volt motor located in front of the rear wheel. Lighting came from a 6 volt tap on one of the batteries. I know, the numbers aren't adding up.

Top speed was 15-20 mph and range was a short 25-30 miles. The company apparently made at least a thousand of them, but as the war ended and as soon as gas became more plentiful, the company stopped production. 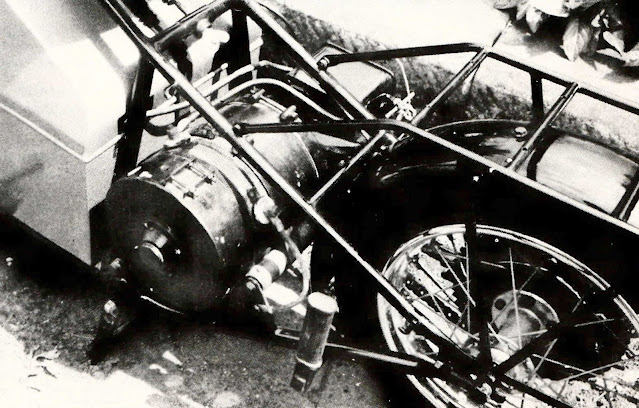