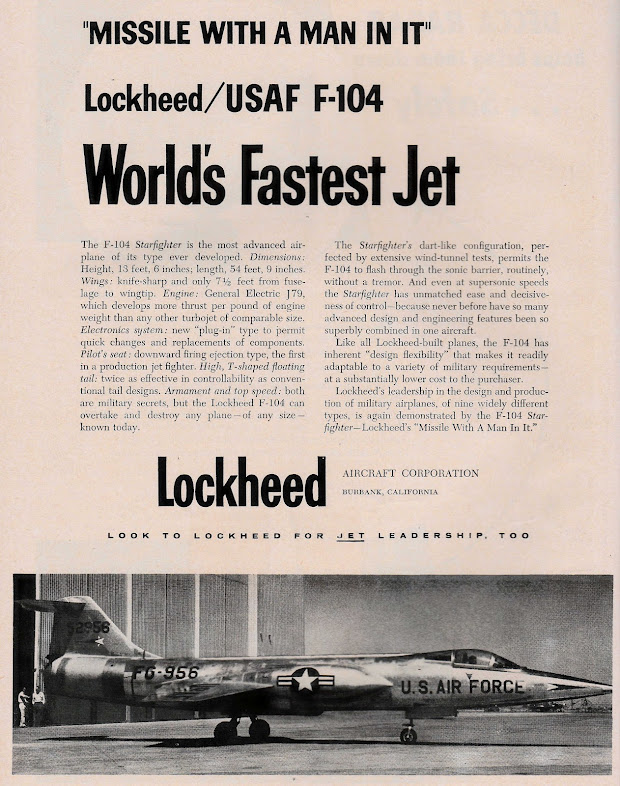 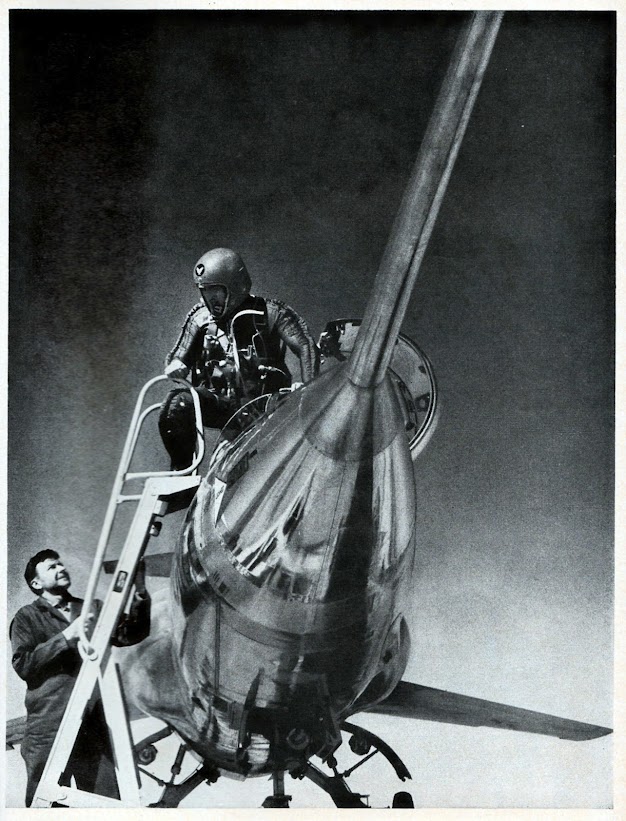 I remember these sitting on the flight line at Holloman AFB. They had special safety covers over the leading edges of the wings to keep personnel from being cut or being damaged, they were that sharp. Fastastic mach 2 interceptor.

I only have one (second hand) Starfighter story.
Fresh new recruit arrives at his assignment at the base, Gimli, I believe.
As they are waiting and watching things, Starfighters are taking off. He told me F104s didn't like takeoff due to the small wings and the usual trick was to bounce them into the air during takeoff, quickly folding up the undercarriage and then the plane would fly. On this occasion, the undercarriage folded up but the plane dropped back onto the runway, scraping along at speed for a while but then flew. The tower had to tell him," you better come back..."

This guy also told me they could use up the entire fuselage fuel supply getting to altitude if they were in a hurry.