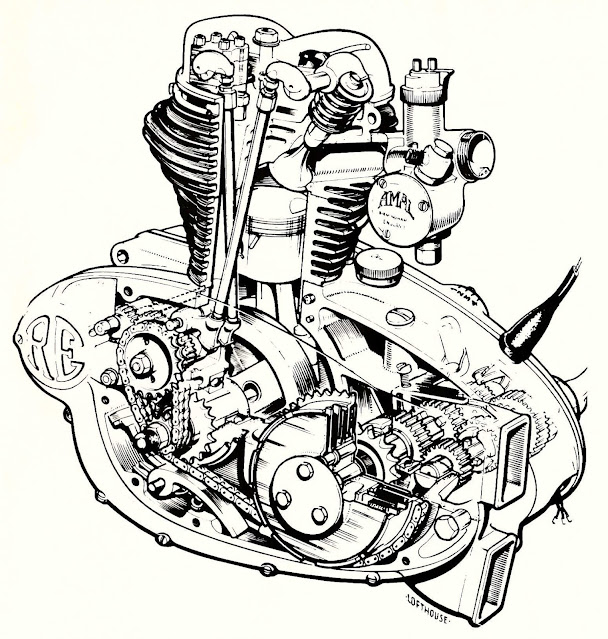 This Tony Lofthouse drawing shows the engine of the 1950s 250 Crusader. It was Royal Enfield's "modern" unit construction engine, developed during the early 1950s but not put into production till 1957. This cutaway shows a chain driven camshaft, unusually for the British, on the left side. The dual row chain is shown, right next to the single row primary chain. Despite going halfways to an OHC design, the valves are still pushrod operated.

On the other side of the globe, by the late fifties, Honda was just starting to build their twin cylinder OHC electric start Dreams.