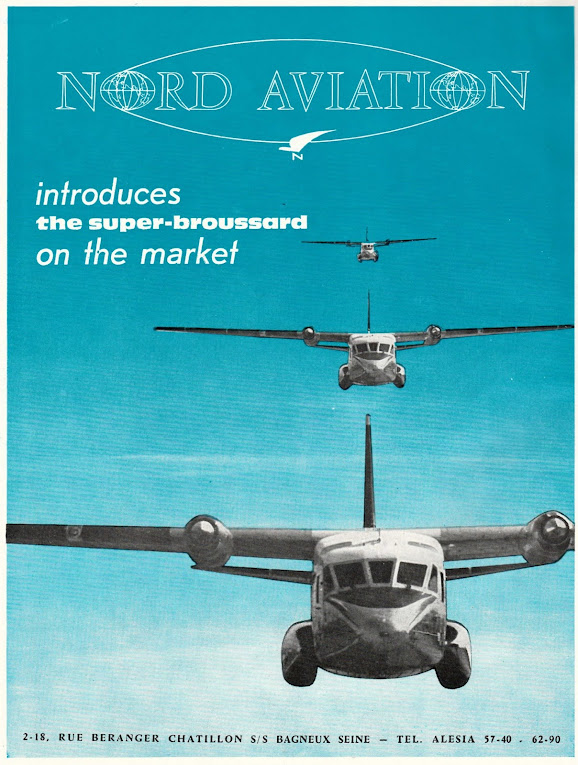 Following on the success of the twin-tail Nord Noratlas transport- looking like a Flying Boxcar, the Super Broussard (Super Bushranger) was introduced in 1960. Powered by two 1000 hp turboprops, it was designed as a 23 passenger utility aircraft for short and rough airfields. After the first prototype was tested, the government ordered ten for themselves- only eight were built,  no other orders were taken. This 1962 ad, showing 1/3 of the total production was still hopeful of more.

Nord Aviation was a French aircraft company, organized immediately after WW2 as a state owned manufacturer. Over the years the company built a wide variety of aircraft from light trainers to cargo planes, even missiles. Does the name Exocet ring a bell?

Nord was merged in 2000 into the European Aerospace Corporation which was renamed as the Airbus Group.

The Super Broussard or MH260 morphed into the N262 of which 110 were produced. Looks a bit like the Short.

Wasit a good plane? I read the MH260 was designed to do the job of a DC3s. I guess there were still too many DC3s around to make the idea viable.

Yes, the Exocet fought for the Malvinas...