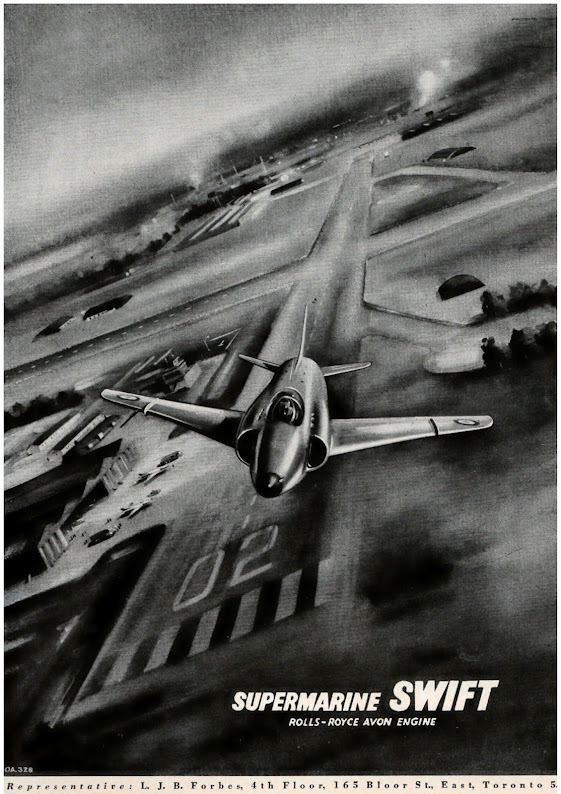 This was another early jet fighter developed immediately after WW2. It featured a swept wing, a radical idea at the time,  and as improvements and new ideas cropped up they were incorporated into the design, leading to delays in the schedule. The program had been conducted in parallel with the Hawker Hunter development, Britain was hedging their bets.  The Swift first flew in 1948 and after much development and testing it was finally adopted by the RAF in early 1954.
During development a Swift had posted a world speed record in 1953 of 737 mph so the promise was there, but it was not to be a happy story. Several crashes made the airplane unpopular and continuing problems with engines, stability and maneuverability issues over 40,000 feet made the airplane unsuitable as a fighter. By late 1954, the time this ad appeared, it was already considered a failure and a scandal, I expect Mr. L.B.J. Forbes, sitting in his office on Bloor St. Toronto was getting very few inquiries about this plane.
Despite all that, almost 200 were built and the RAF didn't retire them till 1961. Apparently four examples remain.
Posted by Mister G at 12:07 PM