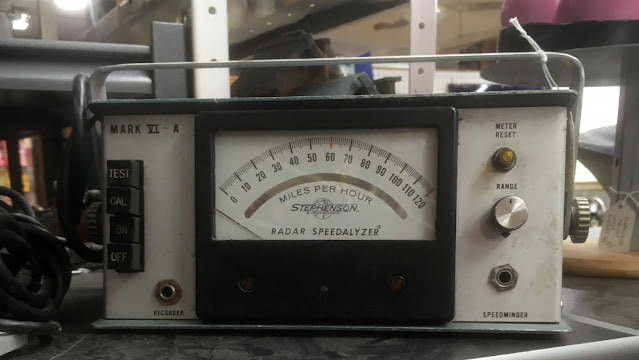 Stephenson was one of the first producers of radar speed detection devices. This one probably dates to the early-mid sixties, and consisted of a sleek, modern triangular(ish) metal box with speed gauge and controls and a seperate emitter/collector device that was hung on a rear window glass. On spotting a suspect, an officer would push the trigger button and read the speed off the analog meter.

Once again this is a company with very little history online, the company seems to have been in business from 1960-1971. I found the following at The History of the Radar Gun site.

In 1968, Stephenson Corp was acquired by and became of subsidiary of Bangor Punta Corp, a large conglomerate. In 1971, Robert P. Falconer became President, and it was part of the Smith & Wesson Public Security Group, inside Bangor Punta. (S&W was acquired by them in '65).

I was tempted to buy and try it out, but no idea if it worked and I wonder just how "dirty" the emissions might be. 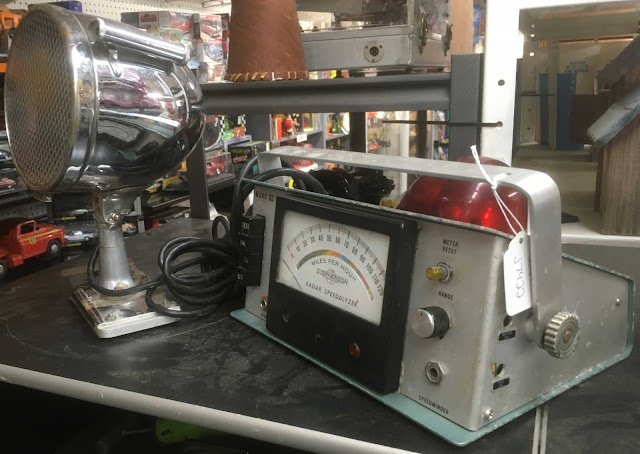 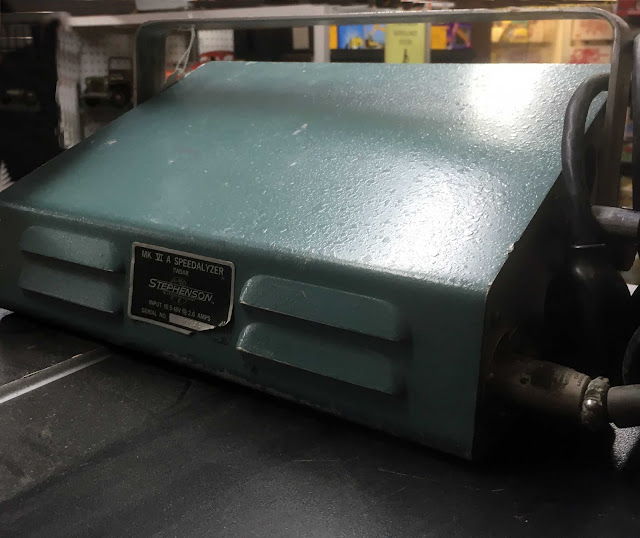 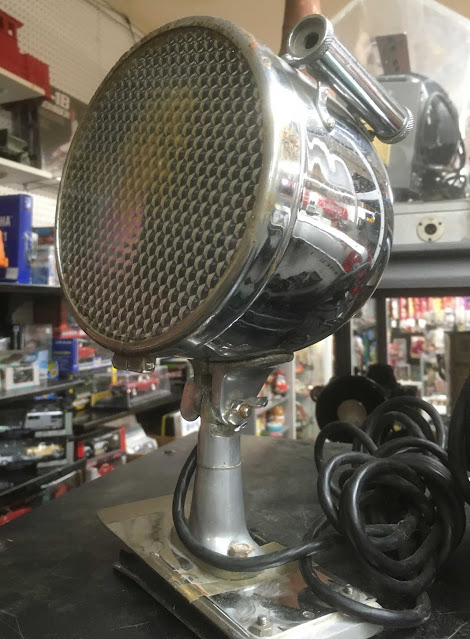