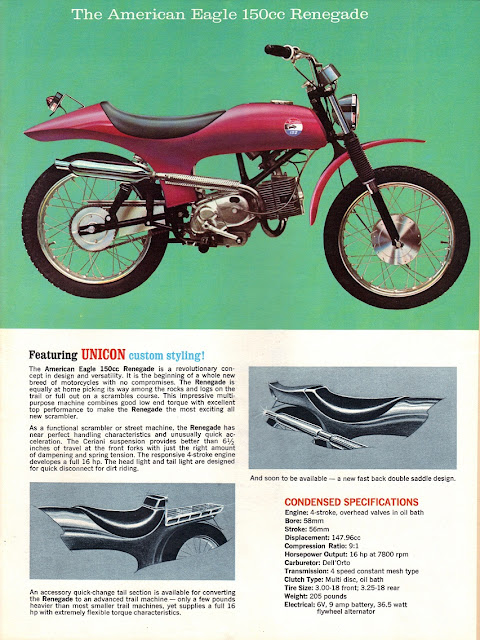 American Eagle was formed by Jack McCormack in 1966 after he had spent the previous 6 years establishing first Honda and then Suzuki in the US. American Eagle imported motorcycles from several manufacturers, basically "badge-engineering" them into a product line. The restyled Laverda 750 was the flagship of the fleet but this 150cc Renegade, styled by designer Lenny Stobar was also an eyecatcher.
I remember seeng these ads in old magazines but doubted that the bike ever made it to production as the company went out of business in 1971. But a visit to the Barber Motosports Museum in 2011 revealed an example of an actual bike. Quite original and striking, though a little visually awkward.
I think I need one. 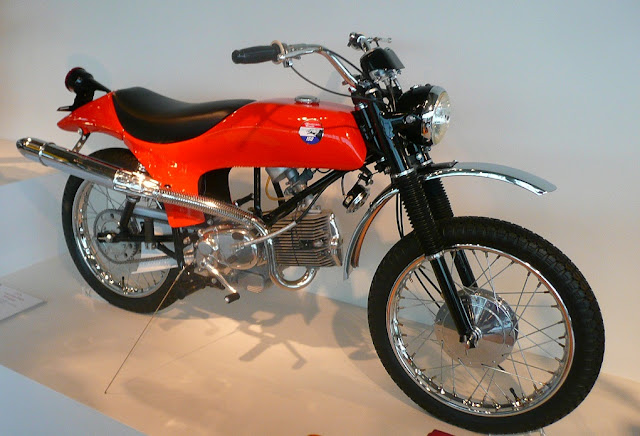 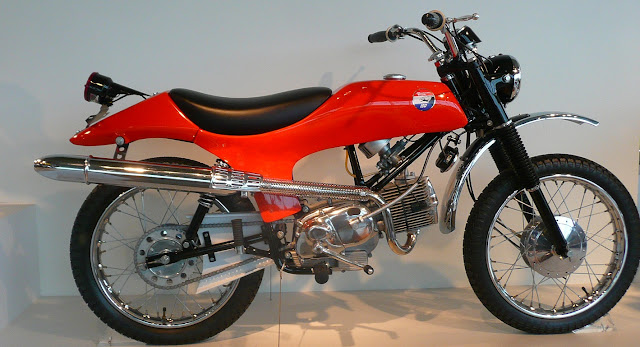 I think the bike was a restyle of the Garelli KL150, a bike that I think needed help in that department. 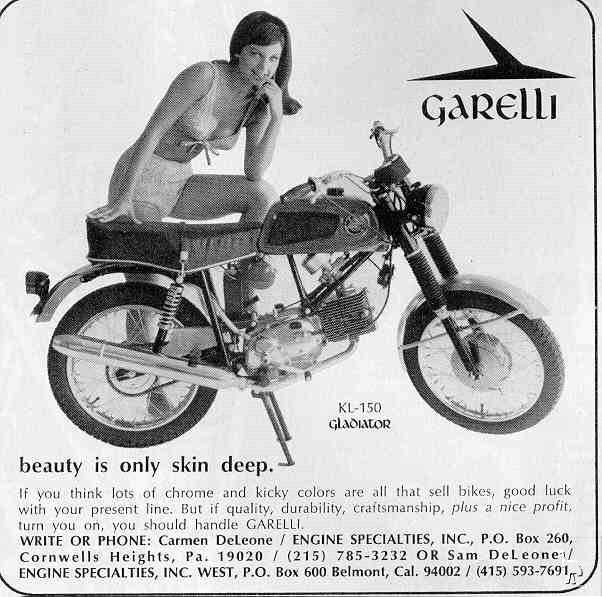 I used to have an American Eagle 150. Metallic red fiberglass. Somehow it looked much cooler than. LOL

I have one and have heard of another nearby. The importer was in San Mateo, California so am thinking there may have been some quantity of bikes available here.

Unusual design, with the engine located below the frame, and the one piece fuel tank/seat/fairing.