By 1970, the sport of motorcycle trials was developing nicely, the Spanish manufacturers owned the sport but in the British motorycle industry there were people who wanted to build a domestic world beater. Some attempts are based on European proprietary engines, others used small Japanese two strokes like the Suzuki 120. To that end the large accessory company Wassell developed and sold frame kits.
One kit used the Sachs 125 engine, which was imported into the US by Penton as the Mudlark, another one was set up for the Hodaka Wombat 125 motor. This was the Challenger, reputedly intended for the Canadian market. The idea was you mailordered the frame kit, then hiked down to the Hodaka dealer who would sell you a donor motor. The one shown was apparently put together by Roy's Cycle in Belleville Ontario who I'm told sold several of them. 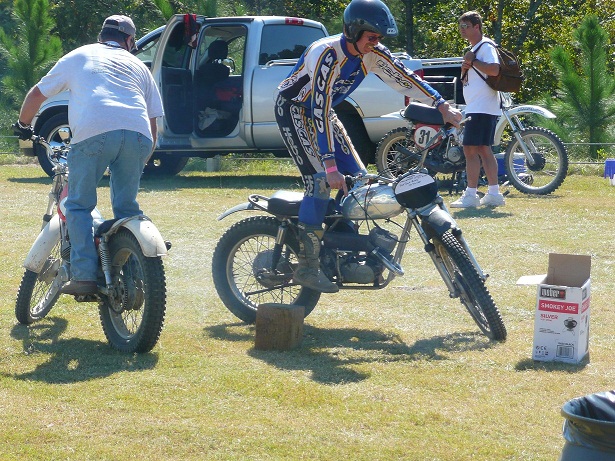 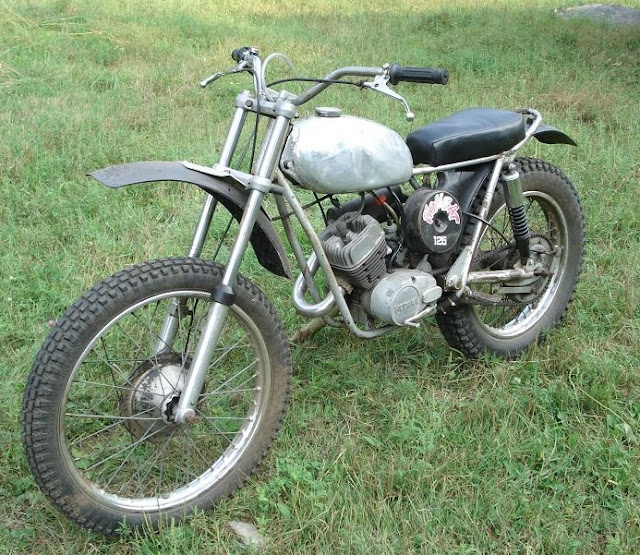 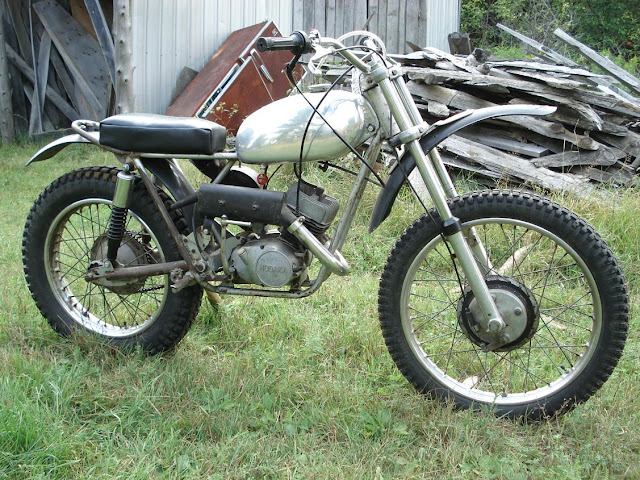 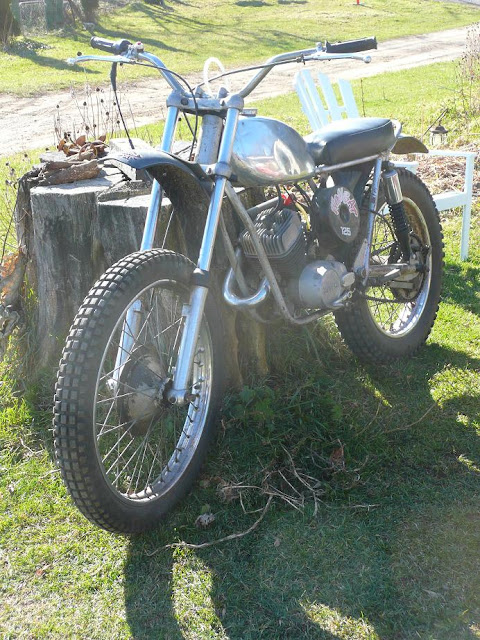 I bought this one a few years ago with high hopes but frankly, it just doesn't compare to a Bultaco Sherpa T or Montesa Cota. I wanted to like it, really I did, but after a year or two, down the road it went- to a guy who uses it to compete in Vintage trials events. He likes it.
Posted by Mister G at 7:54 PM