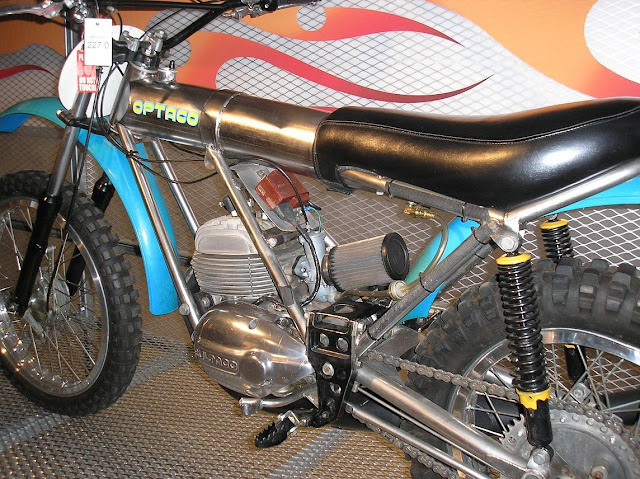 The motorcycle name Bultaco was a combination of founder Senor Bulto's last name and his nickname Paco. So where did the Op in Optaco come from? In 1971 a Boeing aircraft engineer neamed Al Oppie designed this bike for lightness. The large diameter top frame tube doubled as a gas tank. Jim Pomeroy made his professional racing career on this bike and finished second to Brad Lackey. Jim Pomeroy went on to race conventional Bultacos for the factory and became the first American to win an FIM World Championship MX Event.