We used to make things in this country. #92: Reliable Toy Co., Toronto Ontario 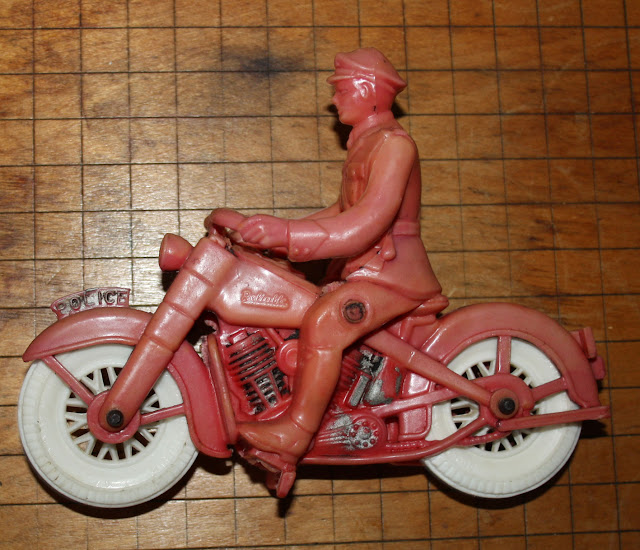 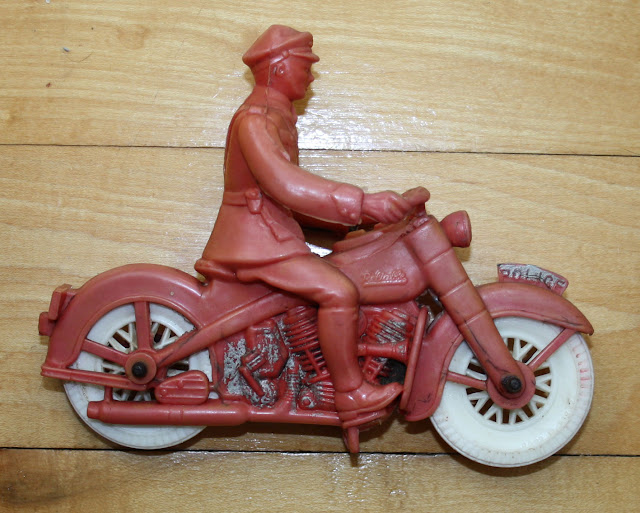 A "Patrol Cycle" made by the Reliable Toy Company of Toronto in the 1950's.  This company was founded in 1920 by Sol F. Samuels, who was later joined by his brothers Alex and Ben.  They specialized in dolls, and at one point were the largest doll manufacturer in the British Empire.  In 1941, they were the first toy company in Canada to use injection moulding techniques and, later on, rotational casting.  They were the first to use an assembly-line system for the toy and doll manufacture.  After WWII, they were able to use scraps from items made for the war effort to produce a line of toy aircraft, which was available through the Eaton's catalogue.  The 1945-46 set included a Boulton-Paul Defiant, P-40, Spitfire, B-29 transport, a B-26 bomber and, according to one source, "a not-quite-accurate Hawker Hurricane."  The Reliable Toy Company ceased operation in 1991.  In 1959, the Samuels brothers helped found Regal Toy.  In 1976, Regal was sold to General Mills in the United States and continued doll production in Canada without changing the Regal Toy Company name. The company was sold again in 1983 and went bankrupt the next year.
Posted by The Duke at 10:01 AM

A Boulton-Paul Defiant was certainly an unusual aircraft to be chosen to be modelled.

Thanks for the comment! I agree, it was not a popular or successful plane. Possibly the Defiant tooling could have been used to make the not-quite-accurate Hurricane? They do look kind of similar.