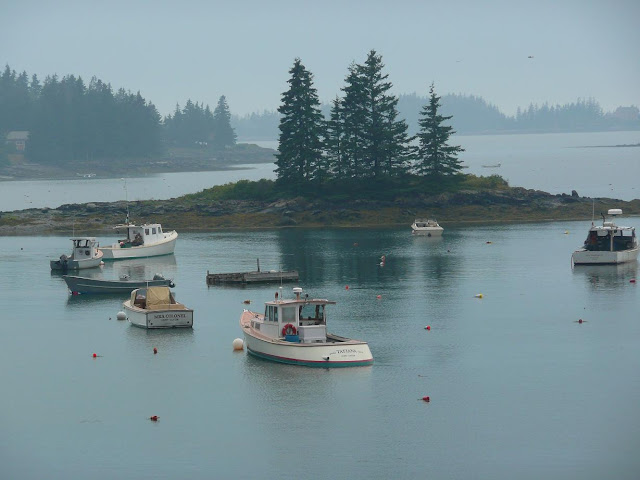 Lobsterboats are the pickups of the sea, utility boats generally measuring about 25 to 40 feet in length and powered by either diesel or gas engines. The hulls are an evolution of the 19th C sailboats used for the same purpose. Over the years the material has changed from wood planking over ribs to fibreglass, the lines first taken from the nicest shaped wooden boats. The elegant lines have remained despite the changes in materials, higher power engines and the practicality required of the boats, but the nicest hull shapes have to be the torpedo stern or sharpshooter hulls popular in the 1920s.
There are different theories as to the origins of this design but many people point to the boat builders of Beals Island, Maine and in particular to a transplanted Nova Scotian, Will Frost who settled in Beals after World War I. At first, he built torpedo stern boats of which the Red Wing is the most famous, but changing needs- larger loads of traps being set further off shore, resulted in the square stern boats that have been built ever since.
Seventy years later Willis Beal of Willis' boats on Beals Island decided he would like to build another wooden torpedo stern boat, he ended up building two. The first was built in 1988 as the Alicia B. for Bradford Bernardo of Rhode Island.  The second, Tatiana was built in 1991 for Julian (Jud) and Tatiana Fischer of Port Clyde, Maine.
In 2009 the Alicia B was bought by the owners of the Tatiana and renamed O.M.P.  for Mrs. Fischers mother, Olga Monk Pertzoff. Both are currently moored in Port Clyde, Maine.
﻿ 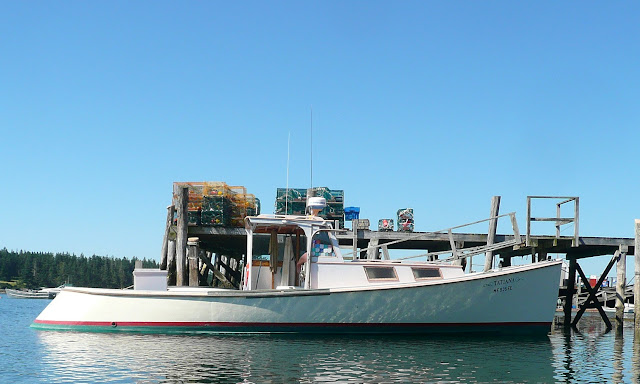 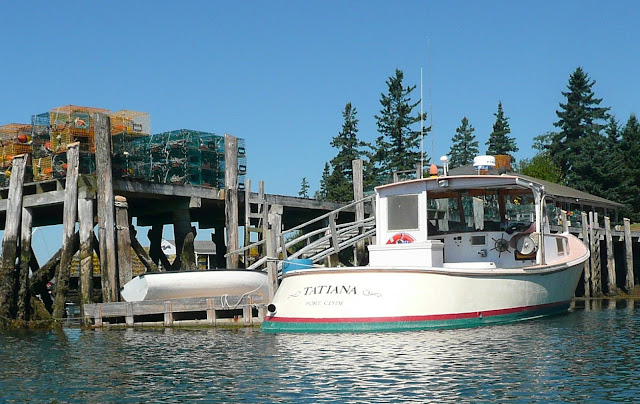 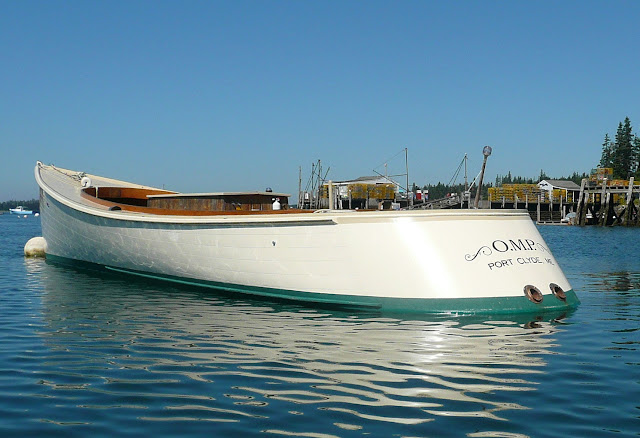