I'd heard rumours that there was an old flying boat at the Ganonoque airport, so on our last bike ride in December we stopped by.  By sheer coincidence, the hangar owner was there, otherwise we wouldn't have seen nuttin'.  Anyway, there it was, an amphibian rather than a flying boat, a beautiful Canso, its designation in Canada, while in the US they called it a PBY Catalina in its flying boat form.

The air museum in Ottawa has an example.  http://www.warplane.com/pages/aircraft_canso.html

The guy who owns it is in his 70's, and it hasn't flown since 1966.  (The guy who owns the hangar told him, "When that thing flies I want to be in it."  The old guy replied, "So do I.")  He doesn't want it as a static display in a museum, but apparently insurance to fly it is prohibitive.  (It also sucks 50 gallons of fuel per hour in standard flight.)  All things told, you'd need to be rich to own it and fly it.

A lovely machine.  Huge Pratt & Whitney radial engines.  Dwarfed all of the other light aircraft stored in the hangar. 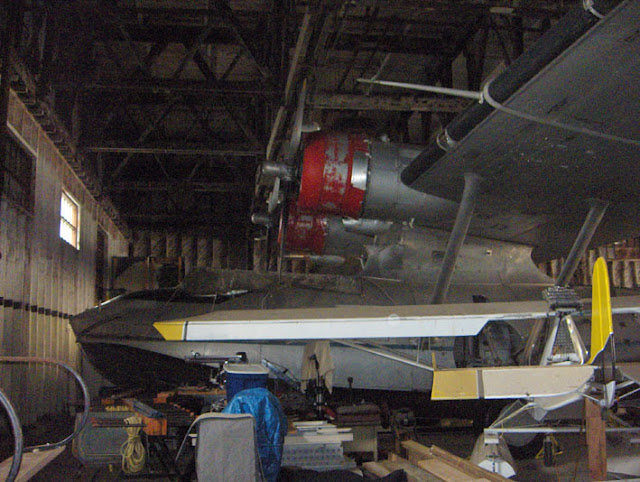 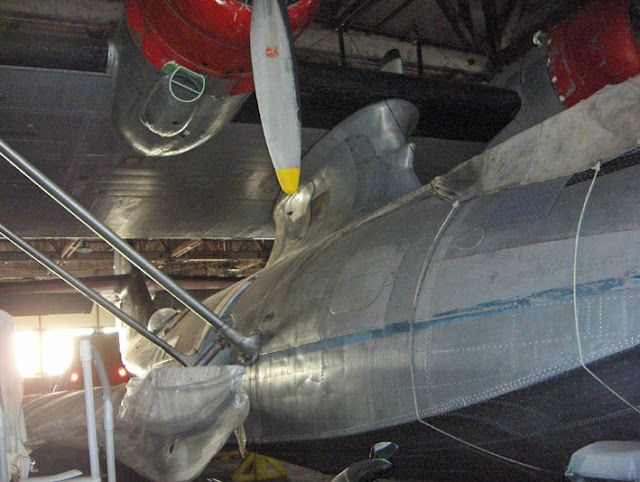 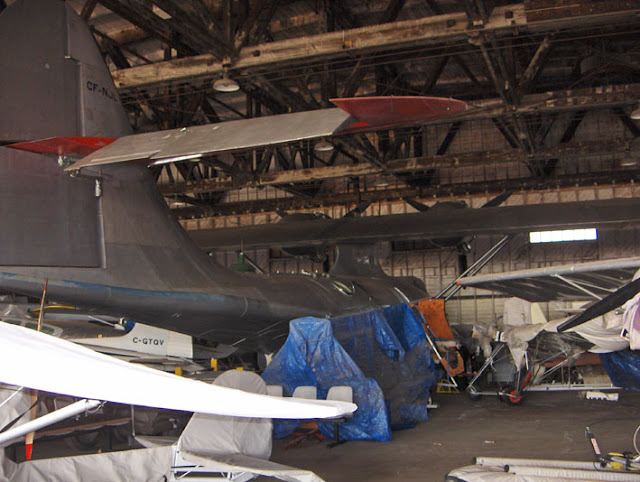 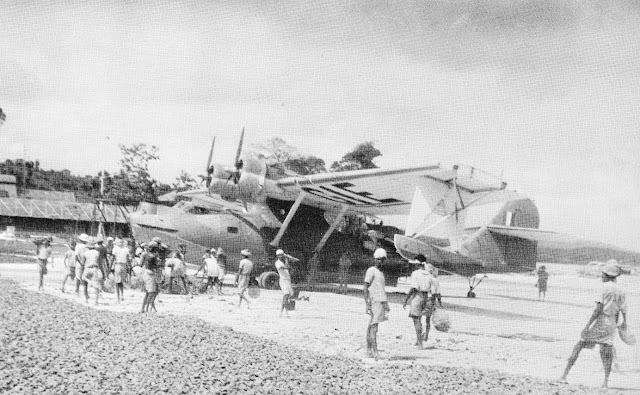 There's another Kingston connection with this model of aircraft.  On April 4, 1942, Leonard Birchall was piloting one of 413 Squadron's Cansos when he located a Japanese carrier battle group consisting of five aircraft carriers, four battleships, and other warships, heading to Ceylon.  He was able to radio a warning before being shot down.  This gave the British some time to prepare, although they fumbled their response.  The Canadian press later called Birchall the "Savior of Ceylon" and suggested that if the British fleet had been defeated at Ceylon, the Germans would have won in North Africa.  (For a full account, see Leonard Birchall and the Japanese Raid on Colombo.  There's also a detailed account based on an interview with Birchall in John Melady's book, Pilots.  Canadian Stories from the Cockpit.  McClelland & Stewart, 1989)  Birchall himself spent years as a Japanese P.O.W.  The Air Commodore spent his last years living in Kingston, where he died in 2004.

Finally, here's a photo of a privately-owned Catalina that was shot up and abandoned in Saudi Arabia in 1960.  For the sad story, follow this link. 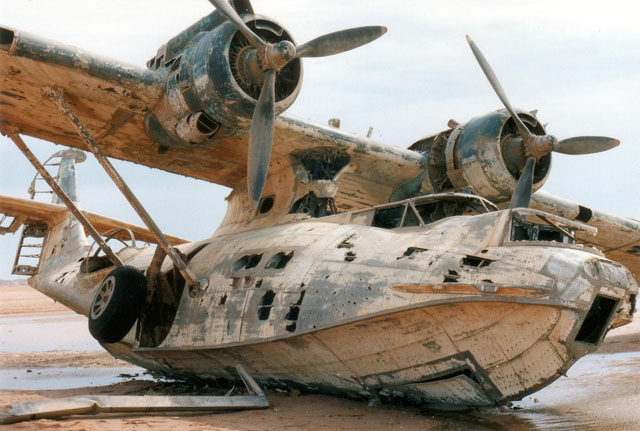