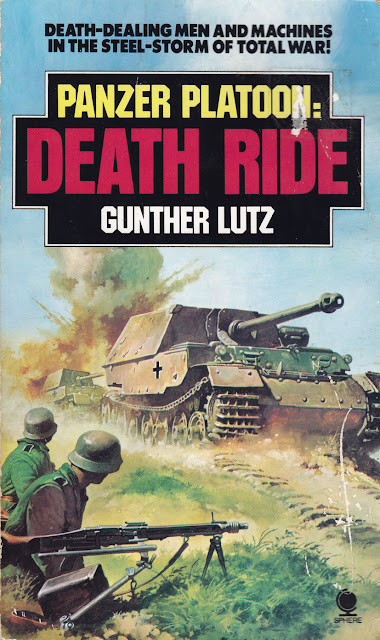 The vehicle pictured is a Panzerjäger Tiger (P), a tank destroyer officially designated as an Elefant in 1944.  Only two survive today.

The book follows the experiences of an Elefant platoon commander at the Battle of Kursk.  The plot is kind of cross between a war book and Kelly's Heroes, without the humour.  Unfortunately, it reads like a bad translation from the German, which is what it may be.  Whoever Gunther Lutz (or the author behind what may be a nom de plume) is, he wrote quite a few war novels written from the German perspective, many about armour.  I hope they're better than this one.
Posted by The Duke at 8:31 PM