We used to make things in this country. #243: Swingline Cub staples 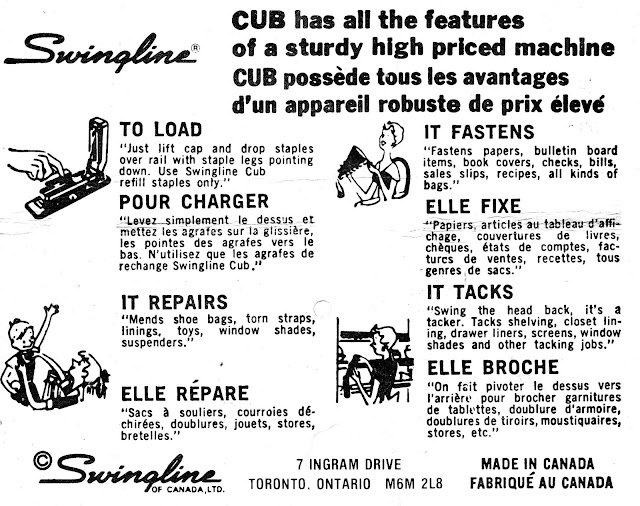 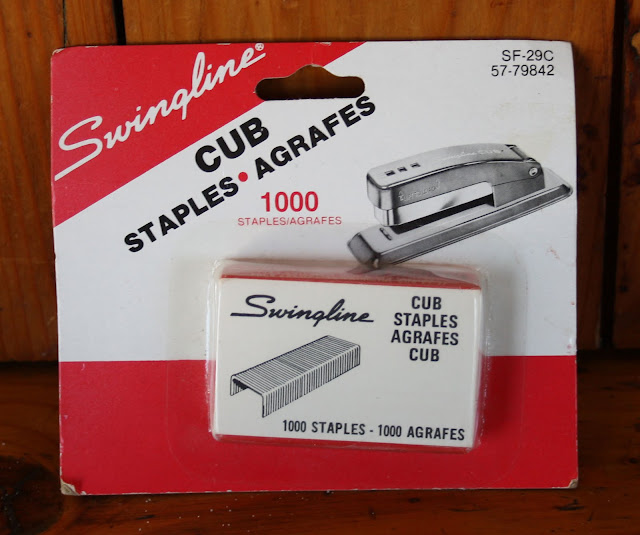 I found two of these new boxes of staples at a thrift store a while ago. I must admit, I've never thought to using a stapler to mend "shoe bags, torn straps, linings, toys, window shades, suspenders." The accompanying picture looks like the mom is stapling the suspenders to the child! 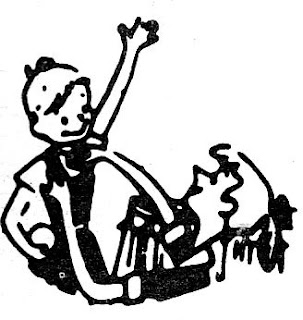 The Cub itself was a cute little stapler that came in a variety of colours. 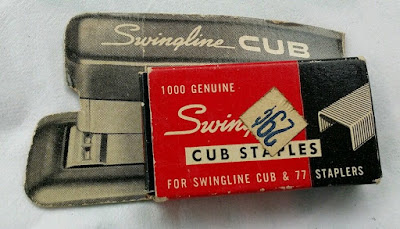 It used a particular size of staples that was discontinued 15 or 20 years ago.  Back in the day, the staples were made both in Toronto, Ontario and in the U.S. Below, from ebay, the US made product, which, unlike the Canadian version, doesn't teach you that "staples" are "agrafes" in French: 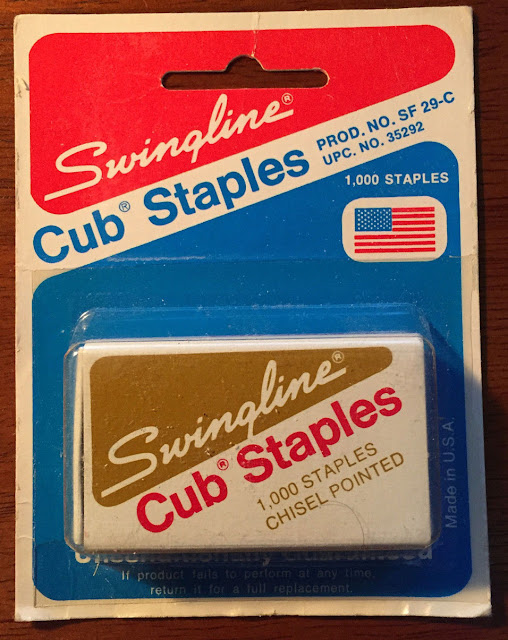 Swingline of Canada, Ltd. was founded in 1967 and probably disappeared after Swingline was bought by ACCO twenty years later.  The original American Brooklyn factory was shut down in 1999.  The Toronto (North York) location, seen from Google Streetview, is now commercial space.  From what I can determine, all Swingline products are now made exclusively in China.

For more information on the history of the parent company, click here.
Posted by The Duke at 9:52 AM

I definitely want a red Swingline! For my desk. You know ... like in Office Space.

I have 2 Apsco mini A-10 staplers.
One is embossed 'Use Standard Staples" I just bought.
The other is vintage 1962 with NO size markings.
I think that I used Swingline 'Cub' staples in it which I don't think are standard size crown/leg.
Does anyone know the measurements for the Cub staples?