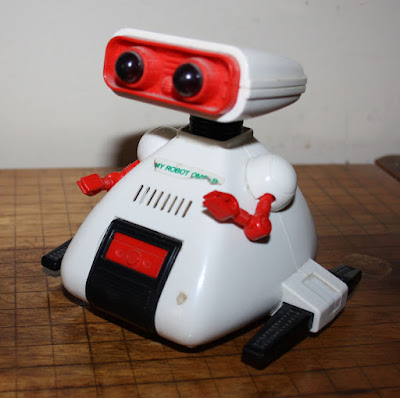 My son was cleaning out his room and turned up this old toy robot. It was made by TOMY in the early 1980's, and supposedly modeled after the 1982 movie ET.  (Others on the web have also commented that it looks a lot like the 2008 movie character, WALL-E).

I put a new AA battery in it but all it would do was squeal.  So, with nothing to lose, I took it apart.  It's very logically constructed and, I think, brilliant in mechanical design:  lots of gears, springs, cams, levers! 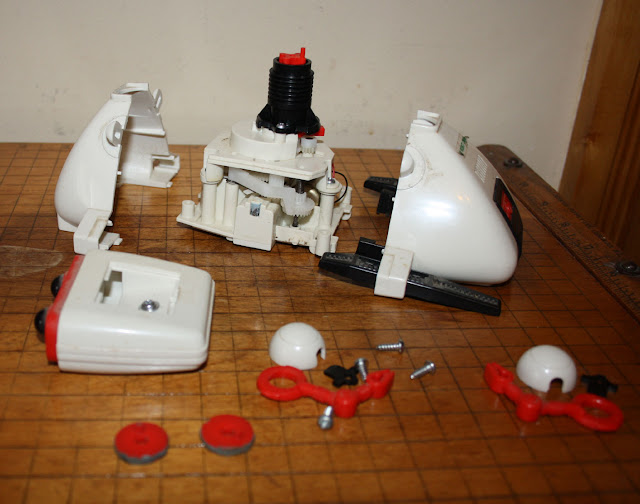 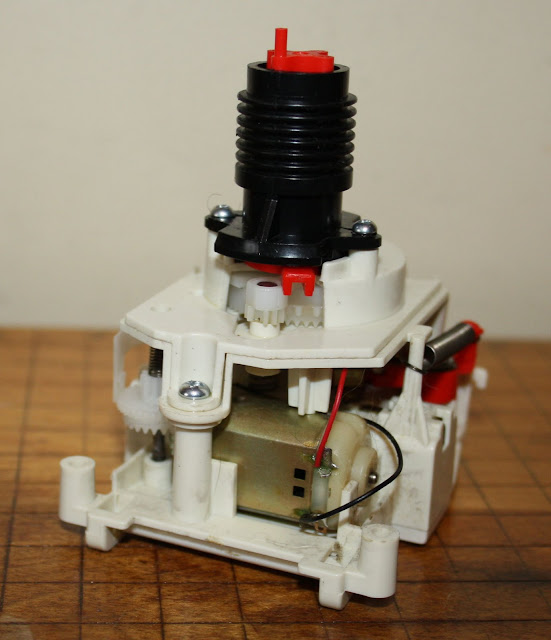 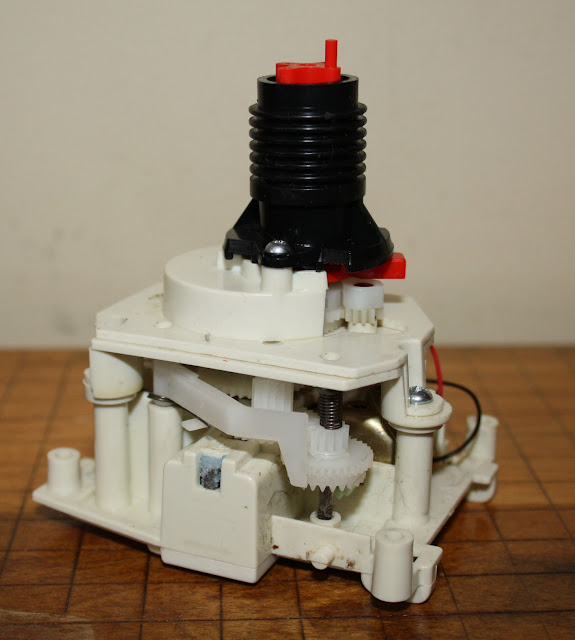 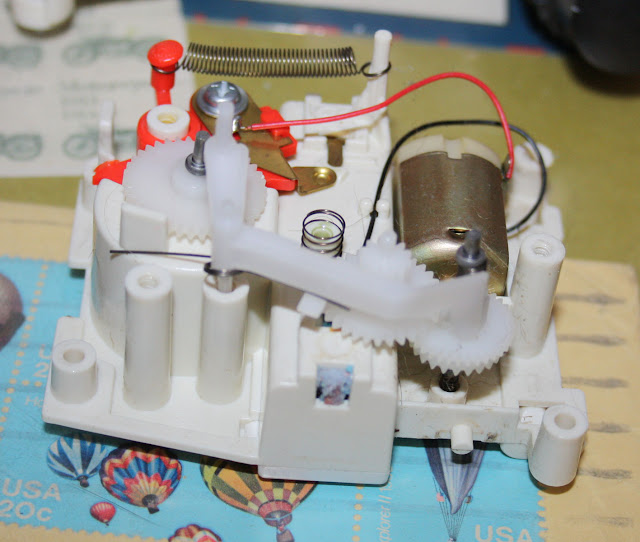 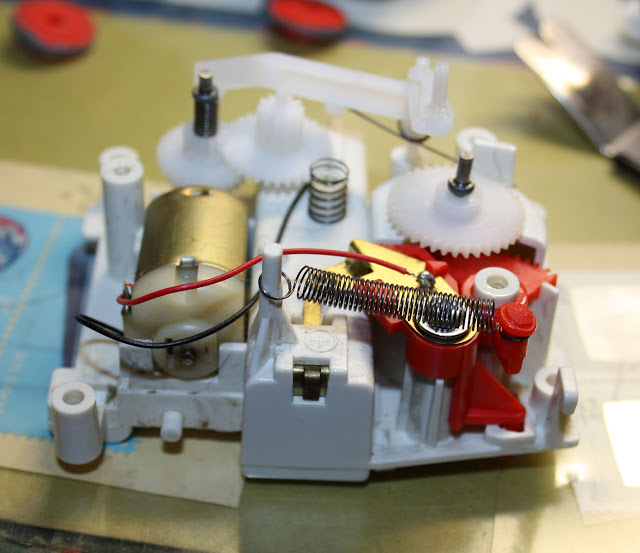 It took a while to figure out, but I found about five problems and was able to fix them all.  The main challenge was that a small but important nylon gear had split and so was slipping on its shaft.  I took an old piece of thin brass antenna tubing, drilled it out on the metal lathe with a suitable number size drill, and pressed it over the boss of the gear to pull it back together, then super-glued it on the shaft.  I also replaced the decomposed tires on the wheels with O-rings.  Now it works just like new!  Basically, it's a bump-and-go toy that periodically stops, swivels its head back and forth, while squealing (courtesy of a spring-loaded plastic friction plate held against a spinning gear). It's supposed to have a rectangular plastic map to hold in its claws, appearing to study the map whilst perambulating about.  I doubt I'll ever find one of these.

The designer was Hiroshi Horiuchi of Tokyo who applied for a U.S. design patent in 1984, which was granted in 1987.  He assigned the rights to the Tomy Kogyo Co. of Tokyo. 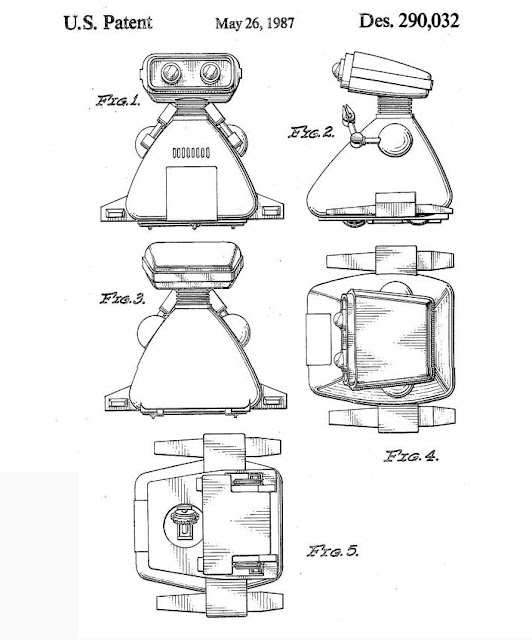 Update May 2018; A reader has found and provided a link to the missing maps. Thanks for this!
http://www.theoldrobots.com/dingbot5.html
Posted by The Duke at 11:27 AM

This is awesome! Thank you so much for posting about the Dingbot! I am preparing for a short presentation for a design museum I'd like to work for and I chose my Tomy Dingbot as my object of choice to chat about for 5 minutes! One good turn deserves another so here's the link (to save and print smaller) his little fold out map! http://www.theoldrobots.com/dingbot5.html

Hope the post is useful to your talk, I'll add the map location to the post. Much appreciated!