I recently found this wrench.  I'd never heard of the name before.

According to the SNA Europe website, the Palmera ("Palm Tree" in Spanish) brand goes back to 1934, when Juan Vollmer acquired a razor blade factory in Irun (or Irún) in the Basque section of northern Spain almost on the border with France.  (Vollmer certainly seems to have had an odd name--Spanish Christian name and Dutch or German surname.) He introduced the Palmera name to market this product: 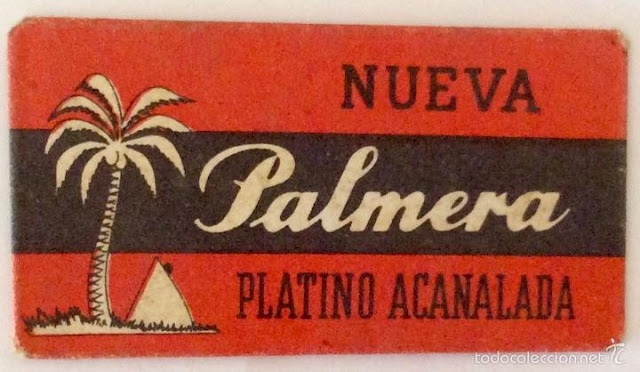 In 1941, following the Spanish Civil War, the Palmera range expanded to include manicure products, knives and scissors.  (Irun was in Republican-controlled Spain during the war, and was fought over and suffered both naval and aerial bombardment during the Battle of Irun. I don't imagine that the Vollmer factory was spared. I also have to wonder how things went after the Nationalists under Franco were ultimately victorious in the conflict.)  In any event, the firm survived and in 1942, trowels, screwdrivers, wrenches and pliers were added to the product line. 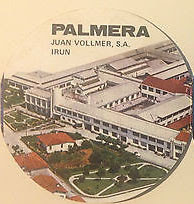 In 1978, Juan Vollmer SA became Palmera Industrial SA.  In 1995, Palmera merged with two other Spanish tool makers, Irimo and Acesa, to form, somewhat redundantly, Herramientas Eurotools SA. ("Herramientas" translates as "tools" in English.)  Later the same year, the combined company was purchased by Snap On.  In 2005, Herramientas Eurotools SA and the Bahco Group AB merged to found the SNA Europe Group.  Today, the brand seems restricted to Europe and is predominantly used on a line of insulated tools and tool chests.

At some point, it appears that Palmera also made some "Truecraft" branded tools for the Japanese Daido Corporation, perhaps best known for their motorcycle chain.

Daido bought the Truecraft Tool Company of Chicago, which first used the "Truecraft" trademark in 1947.  They seem to have specialized in automotive tool kits.  Under Daido's ownership, they made high quality but medium-priced tools from the early 1960's until around 2000 when the division was closed.

Anyway, it seems clear that my wrench was never sold in Canada, but must have come along in someone's travels to this country. Still, it's curious that the wrench is an SAE series, as you wouldn't think there would be much call for this in the European market.

As for Juan Vollmer, it seems that he is remembered through a street named after him in Irun:  Juan Vollmer Plaza.  Seen from Google Streetview, it circles a small scrubby park, surrounded by medium-density housing, that looks like it's used for car parking and garbage dumping. Maybe not such a good memorial after all.

Thanks for sharing this content with us..
Wiha Tools