Talbot in the 1934 Alpine Trial 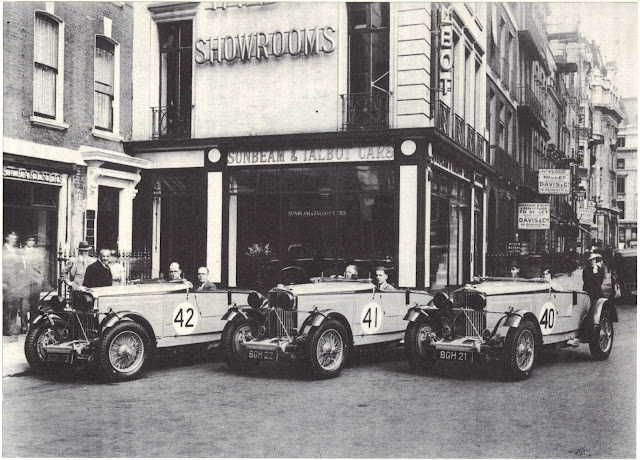 The Alpine Trial was a reliability run started in 1910, devised to test the endurance of an automobile. Before the First World War, it was known as the toughest rally in Europe, traversing the Alps through several countries.  The 1934 Rally went from Nice to Munich via Zagreb, a distance of over 1800 miles. It was a good year for the manufacturers, out of 127 starters, 94 completed the event and 56 finished with no loss of points including this three car team of Talbots. However, the win was of no benefit to the Talbot company as it was nearing bankruptcy and was closed soon after that.
Posted by Mister G at 10:41 PM