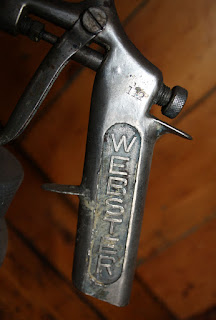 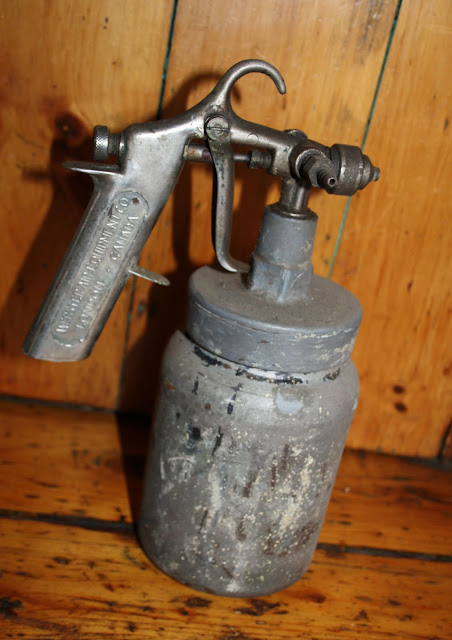 Above, my Webster paint spray gun.

Below, a Webster air compressor seen in a Belleville thrift shop. (At $50, no takers.): 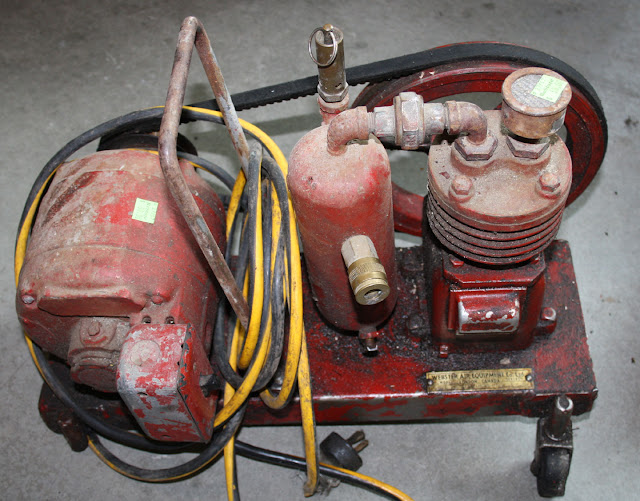 Back in the day, you were invited to "Spray the Webster way." 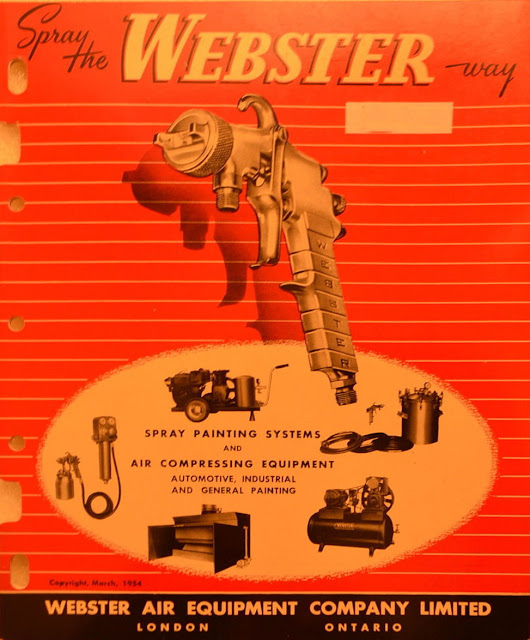 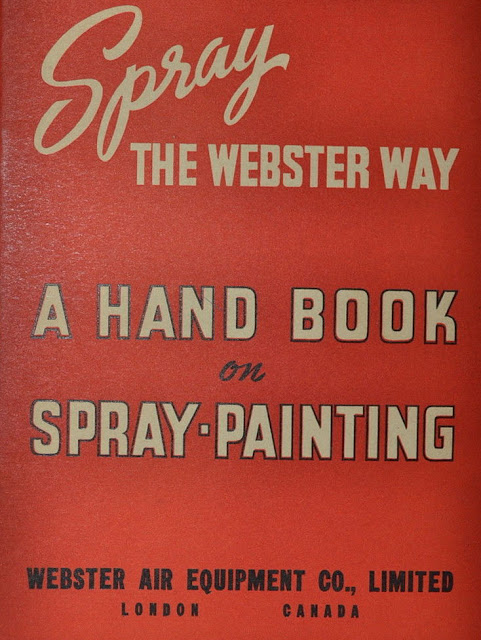 Webster Air Equipment Limited was founded in 1932 to manufacture air compressors and spray painting equipment.  In 1936, it acquired Oakville Diecasting.  It expanded during World War II to meet wartime demands, and then moved into custom diecasting for the automotive and electrical industries after the war. In 1965, the diecasting operation became a separate entity, Webster Mfg. (London) Limited.  This company, which specialized in zinc diecastings, became the largest diecasting company in Canada.  In 1970 it won the Zinc Diecasting of the Year Award (who knew there was such an honour?) for designing a miniature air compressor that could be held in the palm of your hand.  The company had been contacted by B.F. Goodrich in 1969 to inquire about the development of a small air compressor to power their bellows-type air jack, and to be used with their "space saver" tire, a fold-up tire that resembled an inner tube with a thin, smooth tread, good for 500 miles at moderate speeds.  Webster turned to Bill Guenther, a German immigrant who had been working as a foreman at the Oakville Ford Motor plant. Lacking any formal education, he was highly inventive and Webster set up him in a separate company, Gunweb, to develop and exploit his inventions. He adapted an oil-less compressor he had already designed using a spherical piston: 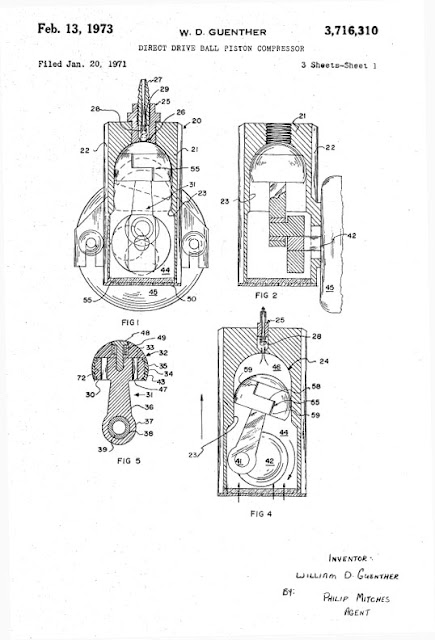 Although B.F. Goodrich dropped the air jack idea, the Webster air compressor went into production in 1972, with markets including Germany (for the space saver tire) and Montgomery-Ward on the retail side.

Although Webster compressors (like the "Speedy" one below, found on the web) are remembered with fondness, the company left this market in the late 1980s, perhaps when it became a division of Curtis-Wright of Canada, Inc.  It has since ceased operations. 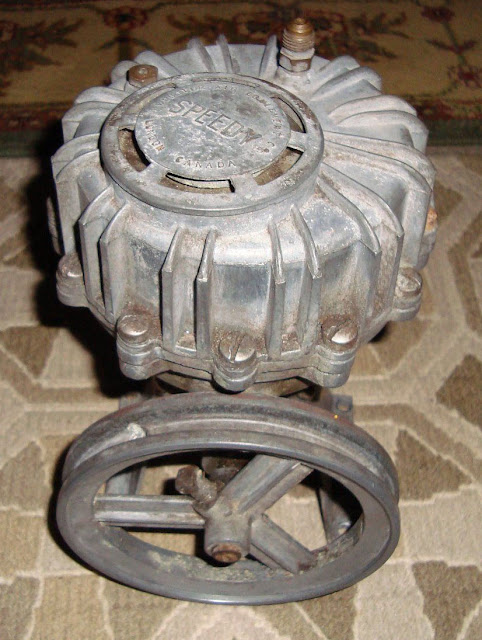 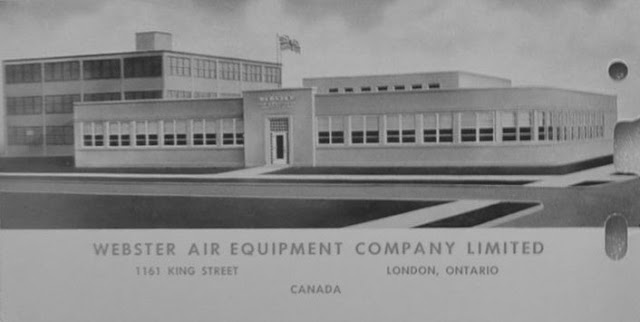 Below, the same location today, courtesy of Google Streetview.  It's now the home of a business called Force Sports Technology Inc., which makes or imports sports wear.  The larger factory building that used to be behind it has disappeared.

The larger gactory building that used to be behind is still there, just out of view in this image.