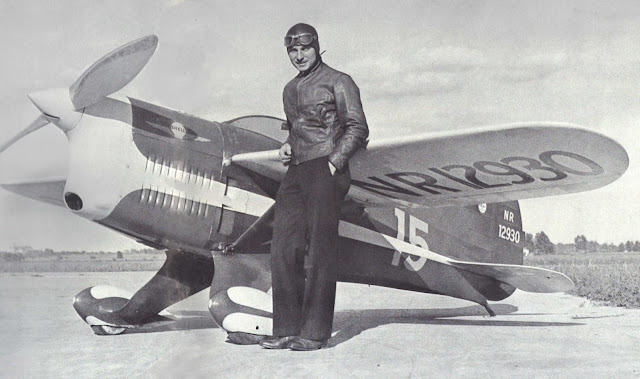 Art Chester started air racing in 1929 flying a Davis D-1. For the 1932 series he built the plane seen here, the Special, later named the "Jeep" after the Popeye character. It was not completed in time for that year but he raced it from 1930-1938 when it was sold to start a new design.

The Special rebuilt as the Jeep
Posted by Mister G at 11:16 AM