I found this No. 1710 brace at a ReStore a few weeks ago, brand new in its original box!  It also happened to be one of the store's 25 percent off days, so I couldn't resist it.  It was like being able to go back in a time machine to an era when you could buy one of these new off of the shelf! 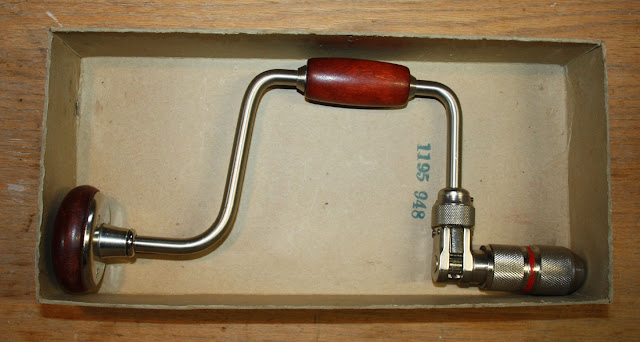 From the sticker, it was distributed by the Commonwealth Premium Co. Ltd.  I can't find any information on that business. 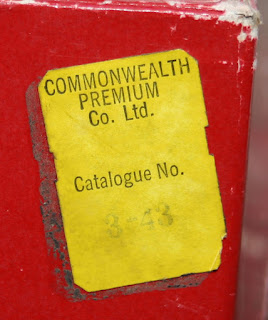 Turns out, I already had one of these models, but not brand new in the box: 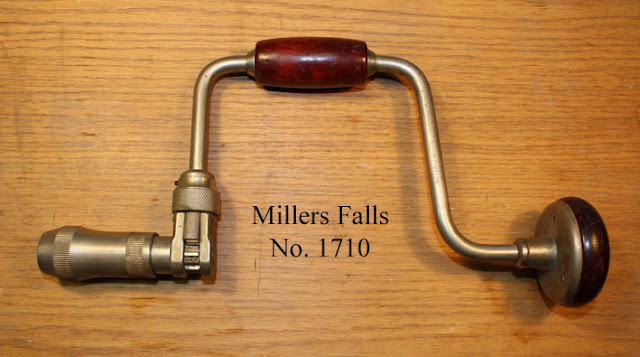 MF subsequently used the Mohawk-Shelburne name on their line of economy tools.  Below, my example of this make.  You can easily see the resemblance with the Millers Falls version. 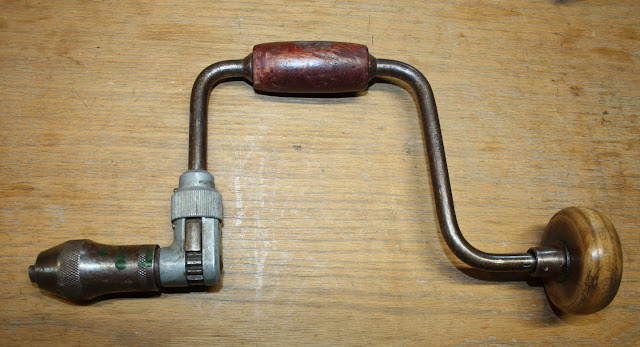 (The round wooden pad on the end of the brace is called a "head", and it was missing on the brace above.  Traditionally, these were made of rosewood.  Not having any of this material laying around, I turned one out of maple.)

Any idea who owns the Mohawk Shelburne banner?
Indistrialhistory.org

I would love to make a copy of the logo.
Millers Falls Tool Co. Patent has run out and it could benefit Non profit organization to have vintage logos.

I suspect that the Commonwealth Premium Co. Ltd. was associated with the Gold Bond Stamp Co. that was involved in trading stamps back in the late 1950s and 1960s. They both had the same address in Etobicoke. People went to their local grocer, bought food, got stamps, pasted them in books, and when X number of books were filled, they could be exchanged for household wares (such as this drill). Gold Bond handled the stamps, Commonwealth probably supplied the premiums, or household wares, and ran the redemption centres.

Thanks for the comment and the info! I'll have to search some more for info.