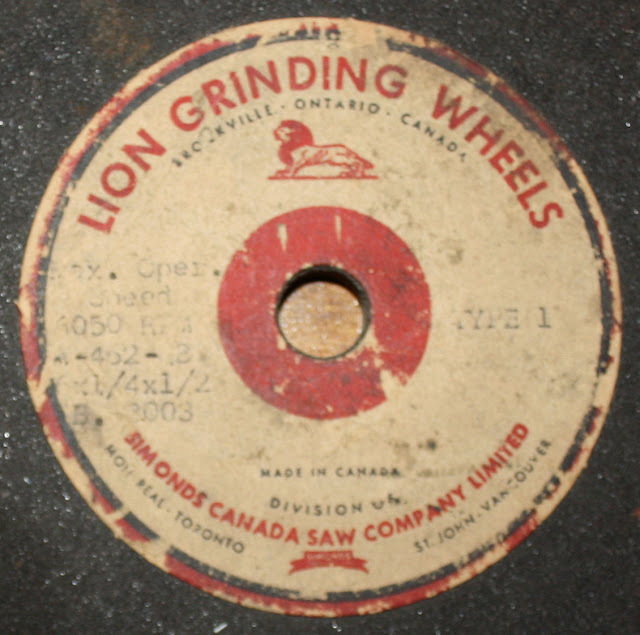 Above, a Lion grinding wheel I picked up.  The label explains that Lion was a division of Simonds Canada Saw Company Limited. As near as I can determine, Lion Grinding Wheels Limited was a stand-alone company before being bought by Simonds Canada. Below, a blotter and the cover of an instruction book, both from 1952: 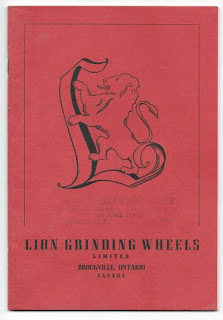 The history of the Simonds Saw Company goes back to 1832, when Abel Simonds started to make scythes in West Fitchburg, Massachusetts.   The Company began making its own steel in Chicago in 1900, and in 1911 at its own steel mill in Lockport, New York.  File and hack saw manufacturing began in 1905.  At some point, their offerings included items like my saw set below. 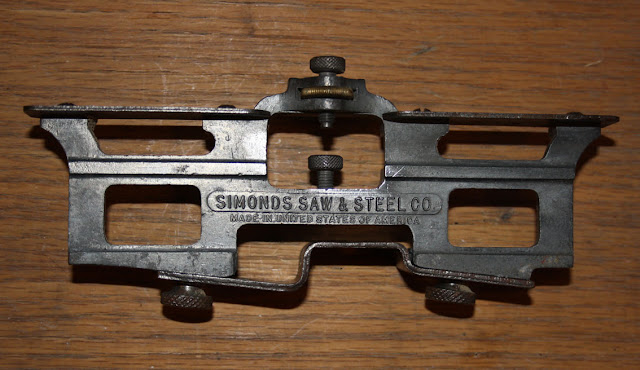 In 1927, Simonds acquired the Abrasive Company of Philadelphia, adding these products to its line.

Meanwhile, north of the 49th parallel, the Canada Saw Company of Montreal, Quebec was begun in 1904 with the merger of the James Robertson Saw Company (founded 1868) and the Ottawa Saw Company (founded 1893).  In 1906, it was purchased by the Simonds Manufacturing Company and renamed the Simonds Canada Saw Company, headquartered in Montreal.  Other factory locations included Toronto and Ottawa, Ontario and St. John, New Brunswick.  Eventually, a new factory was constructed in Granby, Quebec, an hour east of Montreal, and in 1960 operations were consolidated there and the Montreal factory was sold.  I see from old ads that Simonds was originally an agent for Norton abrasives, and I'm assuming they bought the Lion firm in Brockville to add this capacity to their Canadian production.

In 1965, the Simonds family agreed to sell its share of the company to Wallace-Murray Corporation, a company which had just been formed through the merger of the Murray Corporation and the William Wallace Company. The new company, which specialized in truck engine parts, metal-cutting tools and plumbing fixtures, was one of the first of the big industrial conglomerates that we've all since learned to know and love.  It operated in Canada as Wallace-Murray Canada Limited, as shown on the case below for a Simonds "Em-Rald" sharpening stone made in Brockville: 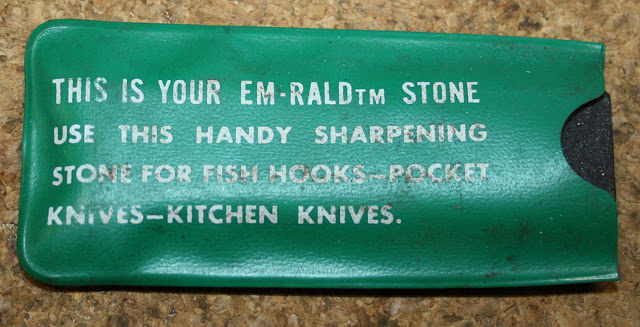 The company soldiered on through the 1970's as a Wallace-Murray brand:

Their ads at the time introduced the square-jawed super-hero in the remarkably, albeit perhaps unintentionally, phallic ad below:

By the time Wallace-Murray was acquired by the Household Finance Corporation in 1981, Simonds was a very small part of a very large conglomerate.  In 1988, senior management along with private investor Greylock Management Co bought the company, returning it to private ownership. The new company was named Simonds Industries Inc.​  With the change of ownership, the Granby plant, which was the major Canadian producer, was closed and production returned to Fitchburg.

For a full history of Simonds, go to the Simonds International website.

As for Wallace-Murray, part of its legacy is have the former Scranton, Pennsylvania location listed as a "Superfund Site" by the U.S. Environmental Protection Agency "because they pose or had once posed a potential risk to human health and/or the environment due to contamination by one or more hazardous wastes."

I appreciate this history as my father, Donald Weston, was managing director of the Canadian operations until his retirement in 1967. I believe he started working for Simonds in 1929 or so. I was an only child and went to boarding school at the age of six. My father would take me with him every weekend on his business trips. I can remember visiting dozens of saw mills! Simonds played a big role in our lives.

marpro6-
I've been researching Simonds Abrasives as I first joined the company in 1973, under the ownership of Wallace-Murray. I was laid-off in 1975 but rejoined the company in 1977 when it was acquired by Universal Grinding Wheel Company, located in the UK. The people of the company were fantastic, the business interesting and management was great in mentoring the future careers of 20'somethings. Universal USA operations was sold to M & R Industries, owner of another Pennsylvania based grinding wheel company, A.P. deSanno Company. The two companies merged in 1985 to form Radiac Abrasives which continues to operate its Salem, IL facility today, first started by Simonds Abrasives in 1967. The former Brockville, ON facility was retained by Universal, but sold to St.Gobain Abrasives sometime in the 1990's. It has since been closed. My 42 year career with Radiac Abrasives continues.

Thanks for the contributions! So little information on businesses like these.

I was a product development engineer at Simonds in Philadelphia from 1970 until 1973. I worked mostly on resinoid ( phenolic resin ) bonded abrasive wheels with a lot of emphasis on 24x3 inch snagging wheels. Thse were extreme duty wheels used in steel mills. Lots of interesting technology was involved in improving performance.