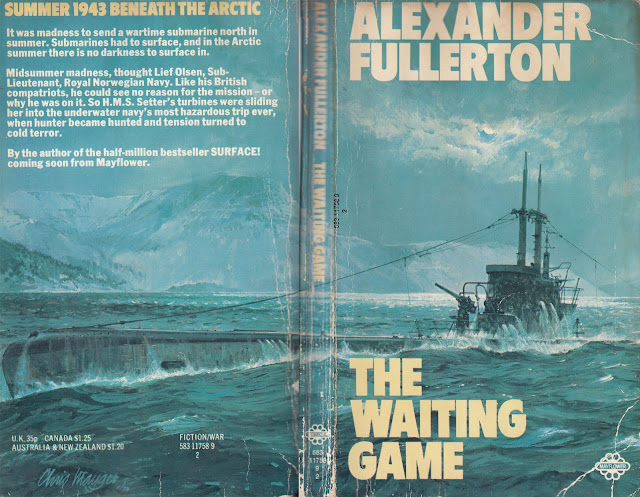 First published in 1961 by Peter Davies Ltd., the first Mayflower edition was in 1970 and reprinted in 1974.  Cover illustration is by Chris Mayger (1919-1994), whose many works include The Sinking of the Titanic.  Alexander Fullerton (1924-2008) served in a battleship (HMS Queen Elizabeth) and a submarine (HMS Seadog) during World War II.  He was a prolific author.

The Waiting Game is a tense story of a British submarine's mission to enter enemy waters off of Norway to rescue important Resistance fighters being pursued by the Gestapo.  It's a page-turner!
Posted by The Duke at 9:31 AM