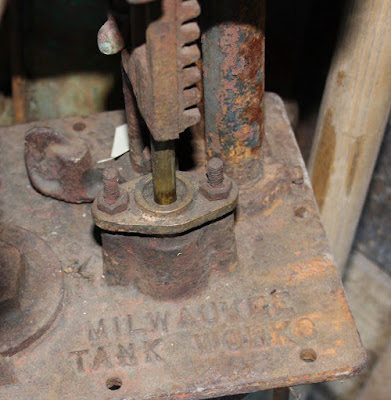 Part of an old pump I was shown by someone in my area who has a bunch of old stuff in front of their house.  I stopped to take some photos, and he invited me into his shed to look at his better stuff. He told me this particular device was for pumping oil.  He had a number of vintage gas pumps, so he should know. 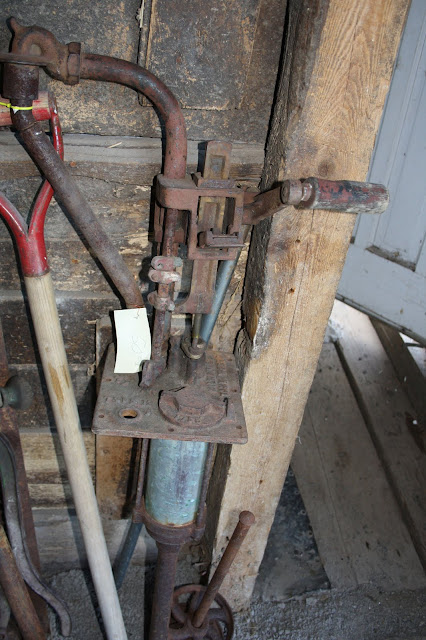 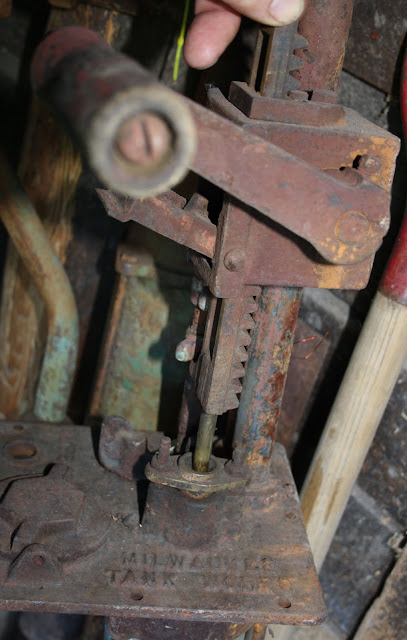 From the web:  "Milwaukee tank works began in 1911, in Milwaukee Wisconsin. In their day they built some of the finest gas pumps and was [sic] known as one of the largest advertisers of their pumps. The Depression probably took its toll because no history traceable after 1935."  The 1930 Visible Gas Pump they were selling was reportedly appraised at $9000 U.S.  It had been sold but not to me!  Collecting old gas pumps has clearly become a hobby for very deep pockets.

Below, "Accuracy by compulsion."  I didn't even know that "gallonage" was a word!  (It is!)

Below, "Has the clean-cut symmetry of a Grecian column" and "electric light floods bowl through glass top--makes gasoline sparkle enticingly."  Wow--did this really attract customers back then? Today it's a fuel gauge going on empty.  Also, "Electric or hand operation."  Uh, I'll go with electric?  "Wet Hose" versus "Dry Hose"?  So many choices!