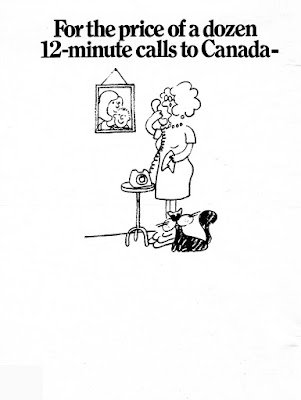 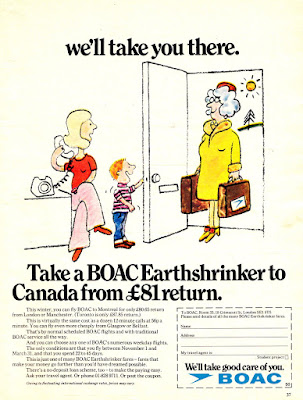 BOAC became British Airways the year after this ad was published.


Interesting that the ad above portrayed the phone call in black-and-white, the visit in colour.  Face-to-face interactions are much richer than telephone conversations, a distinction that cell phones and social media seem to be ignoring.
Posted by The Duke at 9:38 AM