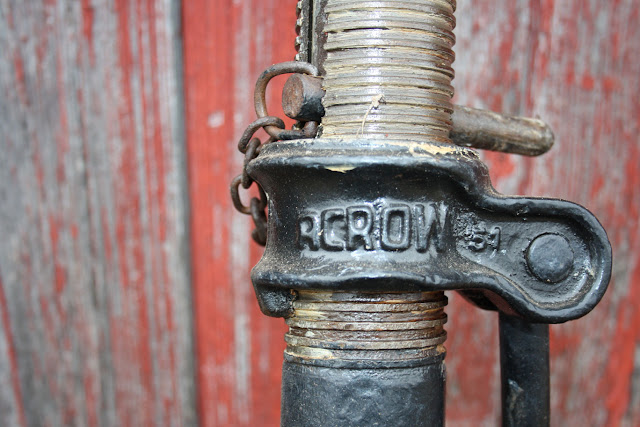 I found this heavy duty post jack at a farm yard sale a few years ago.  I was impressed by the engineering, and also in need of something to temporarily shore up a sagging opening in my drive shed.  I took it home, cleaned off the rust, painted it, greased it, and put it back to work. 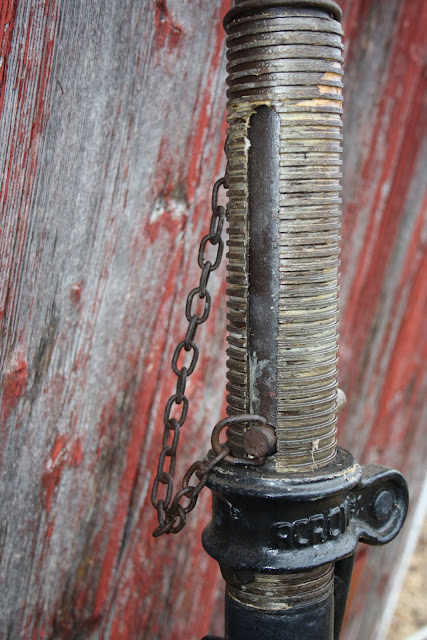 It comes with a large steel pin.  There are a number of holes in the piston part of the jack.  Basically, you move the piston so that the pin engages the hole where the top of the jack is just below where you want to apply pressure.  Then you turn the handle and screw the adjuster upwards, which bears against the pin and moves the post up.  So, basically it's a telescoping jack. 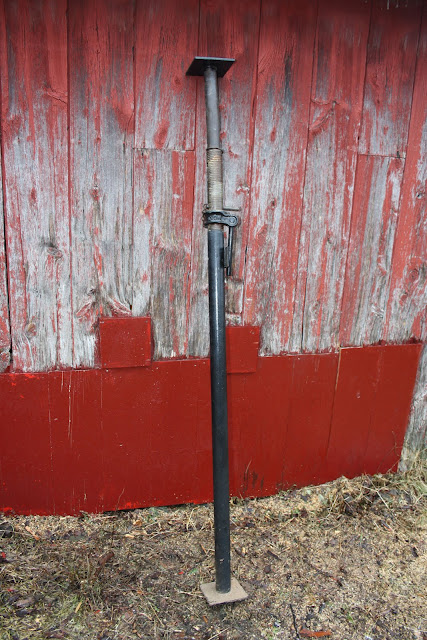 Acrow was founded in 1935 by William Aphonse de Vigier, who abandonned his Swiss roots to take his idea of an adjustable scaffold prop to England.  Arthur Crow, a London lawyer, extended credit for him to begin manufacturing his device and in gratitude (and for the sake of getting a name that alphabetically would always been near the top of any list) de Vigier named his firm Acrow (Engineers) to make the Acrow Prop.  It was initially slow to replace the conventional timber props, but  by 1939, over 40,000 Acrow props were in use.  It became so commonplace that "Acrow prop" is now used as a generic term in England. The company did it's part in World War II.  Below, from a 1946 brochure: 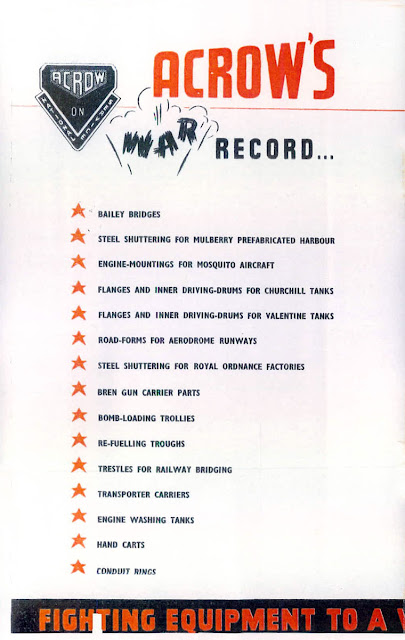 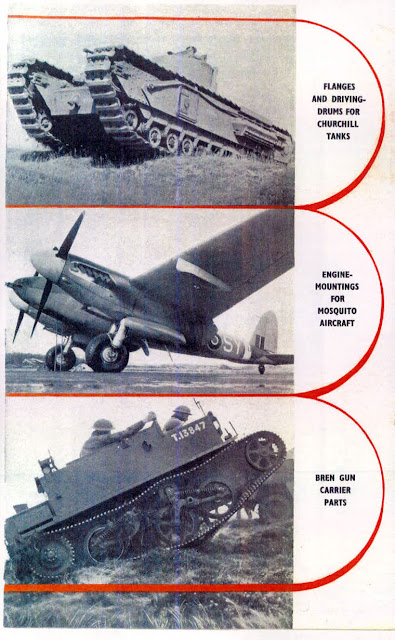 The company's fortunes declined in the 1980's.  The British parent company is gone, but it lives on through branches that became independent organizations in other countries around the world
Posted by The Duke at 9:25 AM