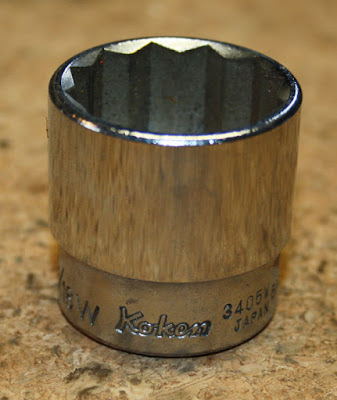 Years go, I bought a set of 3/8" drive Whitworth sockets made by this company.  They're excellent quality.

Soichiro Yamashita came to the US in 1907.  Fascinated by cars, he was the first foreigner hired by Henry Ford to work at his factory. He returned to Japan in 1927 as the vice-president of General Motors Japan.  That job got sidelined by the war.  In 1946, he founded the Ko-Ken Tool Company. Ko-Ken is an abbreviation of “kougyou kenkyuusho” meaning "manufacturing" and "research facility." The company began exporting in 1965, and in 1973 (when the moved the factory to their present location in Kakegawa City) they exhibited their wares at the Cologne Fair in Germany and from 1984-87 at the Chicago Hardware Show.  Today, the company is a fourth generation family-owned and operated business in Japan, with 140+ employees. The focus of the business is entirely on sockets and socket wrenches. The entire manufacturing process is in-house.

For historical images, visit the company's New Zealand site.
Posted by The Duke at 8:58 AM