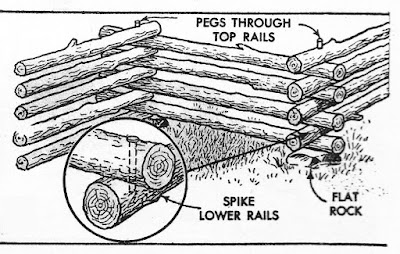 Above, there are lots of ways to make rustic fences. Above, from Fences.

However, Mister G recently published a post about rail fences. There are still a few of those around our area, although road widening is sadly taking its toll.  On my farm, there are sections of the rail fences still standing in some areas, but in others they have collapsed.  I've been collecting the fallen rails for years with the intention of making some more rail fences around the house. 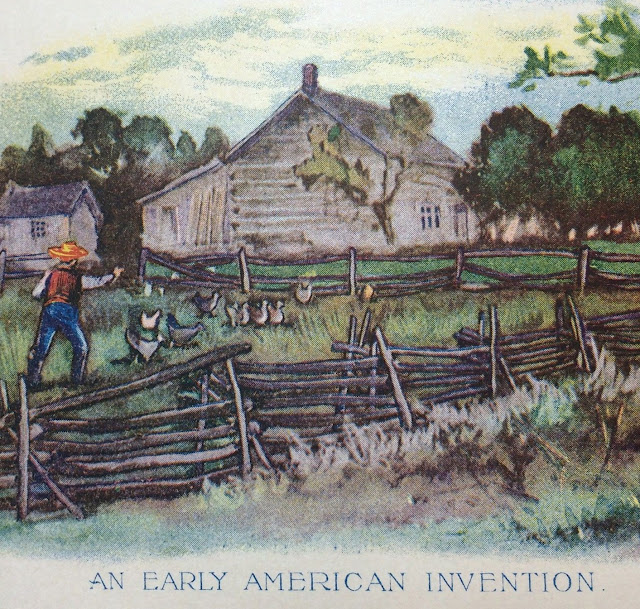 Below, the tools for the job

First, my handly old Cresent Tools fence pliers.  These are the original multi-tool:  in addition to hammering staples or pulling them out, they have built-in parts for cutting fence wire, twisting it, and compressing twisted sections.  (For more on how to use them, visit Quora.)

Note the handy recess on the bottom of the hook just before the tip, the better for gripping old metal staples: 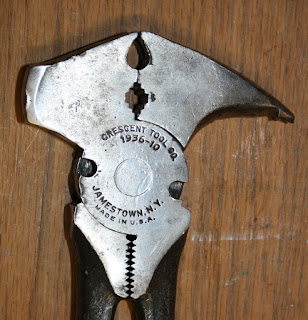 Below, an example made by Mibro.  They're not as well-made as the Cresent ones, but I do like the grooves on the hammer face: 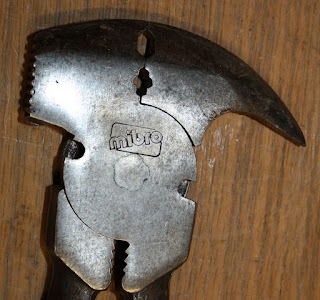 Below, an assortment of a different style of fencing pliers: 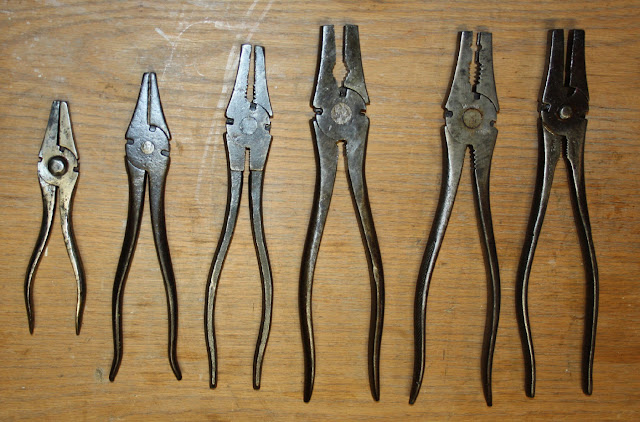 Curiously, most have no maker's identification, except for the German Hoppe and the British Wilkinson & Sons: 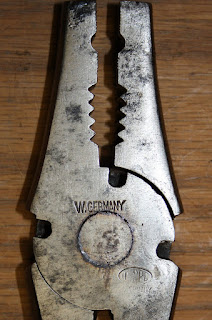 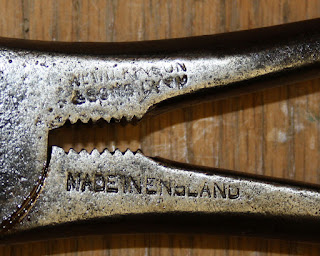 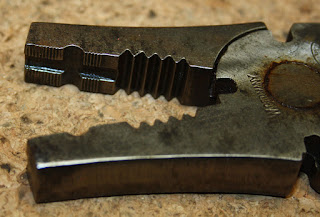 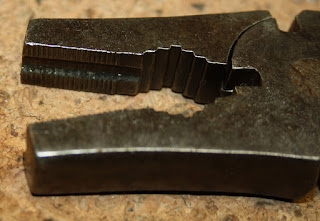 Some just have serrations, or individual grooves, as in the cheaper examples below. 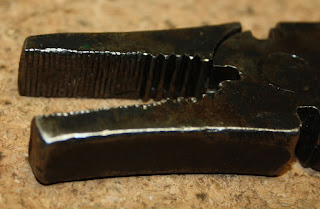 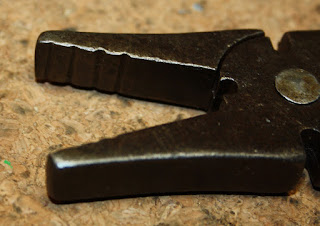 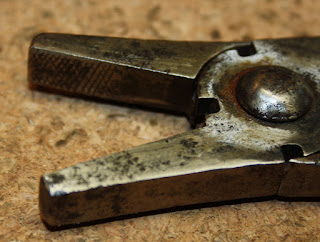 My son decided last summer to learn how to make split rail fences. He searched the 'Net in vain for good information.  In the end, the best resource was an article I had saved years ago from a Harrowsmith magazine article. (Harrowsmith used to be published in Camden East, a town close to where I live.  The magazine closed in 2011 but was re-launched as Harrowsmith Almanac in 2012). Written by Charles Long, it was entitled Getting the Hang of It.  It's a fascinating history of the evolution of the rail fence, and a detailed description of how to build one.  I've uploaded a copy of it here.

One of the other necessary tools Long mentions in his article is a set of skyhooks.  I'd already obtained a set years ago from an older fellah who used to build fences: 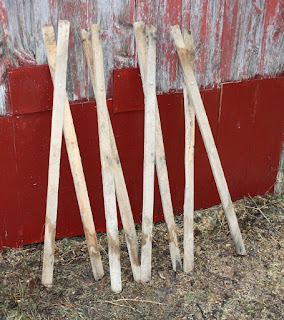 They're used to hold the unsupported ends of the new rails in place while you connect a new section to the old.
Posted by The Duke at 9:06 AM

would take seven thousand, nine hundred, and twenty (that is 7920) rails per mile of fence.
Now! Think of the work. There were no chainsaws, or logging equipment back then. You will never look at that fence the same way. I haven’t. Amazing!
local fence installers

Delta Fence and Construction is a licensed, bonded and insured building contractor in the state of Michigan. We are dedicated to providing fencing solutions that keep you safe, secure, and look elegant.

I had a pair of the pliers that had the longitudinal and cross groove at the end of the pliers. They were 'borrowed' and never returned. Is this style of pliers still available?

Try TSC, I've seen them lately. but not the same quality as the old ones.