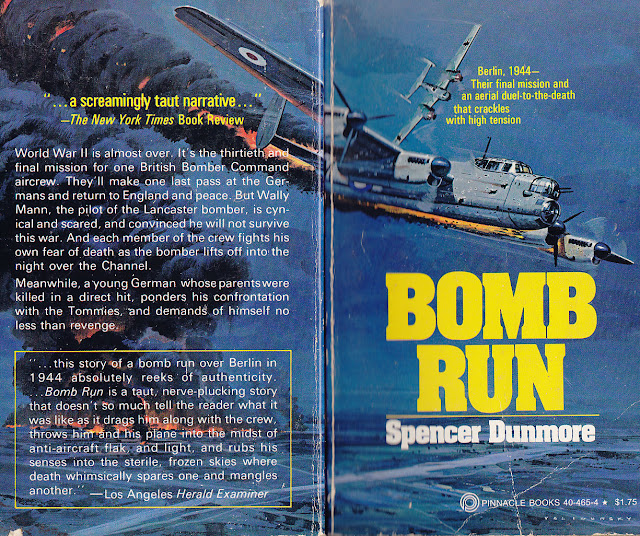 First published in 1971 by William Morrow & Co., Inc., this Pinnacle edition had a cover illustration by Ed Valigursky (1926-2009).  It's a taut, realistic page-turner of an RAF Lancaster crew's final mission to Berlin, and their cat-and-mouse torture on the return flight from an ME-110 night fighter.  Told from both the perspective of the British crew and the German pilot, it's far from a celebration of war.

Spencer Dunmore was born in the UK in 1928 and came to Canada in 1954. He was an advertising exec and lives in Burlington.  He's written a long list of war novels, as well as non-fiction such as Wings For Victory: The Remarkable Story Of the British Commonwealth Air Training Plan In Canada (1994), In Great Waters: The Epic Story of the Battle of the Atlantic and, in  collaboration with Dr. Robert Ballard, Exploring the Lusitania.