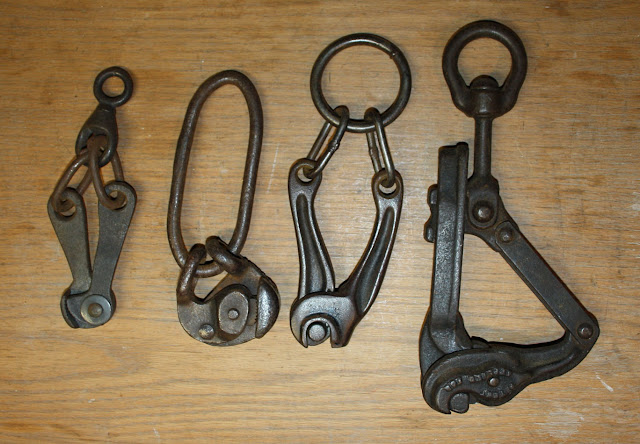 Above, my collection of wire or cable stretchers/pullers.  They all work on the same principle:  when force is applied to the chain link end, the two arms pivot together, pinching whatever is between them. 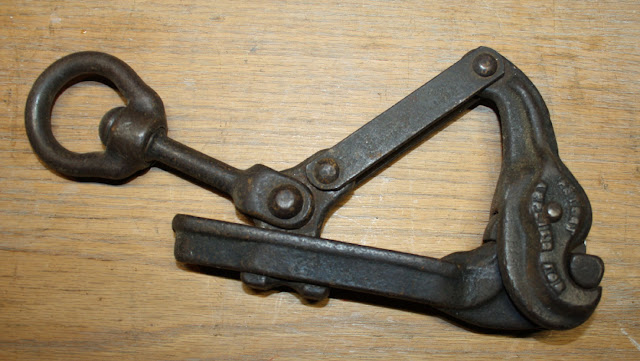 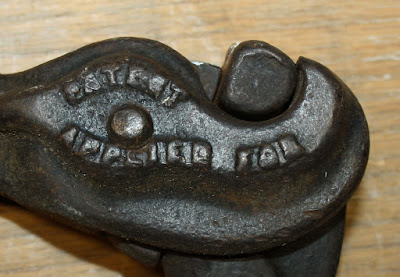 Above, "Patent Applied for."  Below, what looks like "The London." 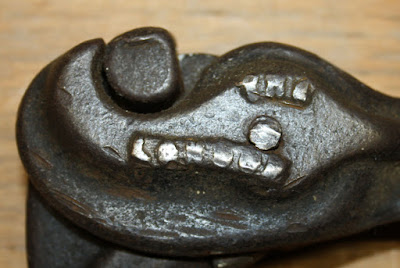 A different version below.  Note the grooved and hardened dovetailed insert in the one arm.  There's a similar insert in the recess of the other arm. 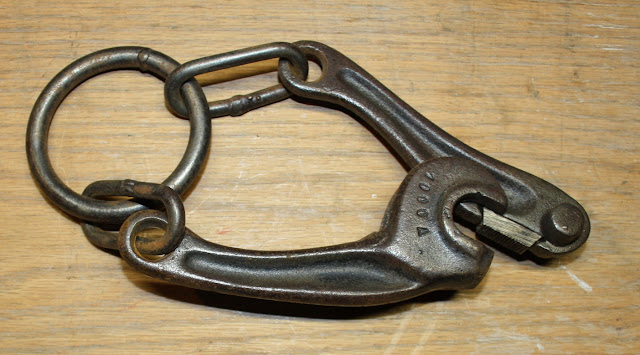 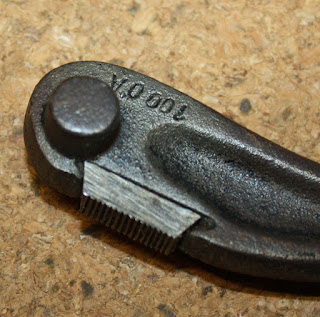 Below, a simpler version yet.  This one operates like a cam, gripping the wire between the grooved top piece and the raised jaw on the bottom. 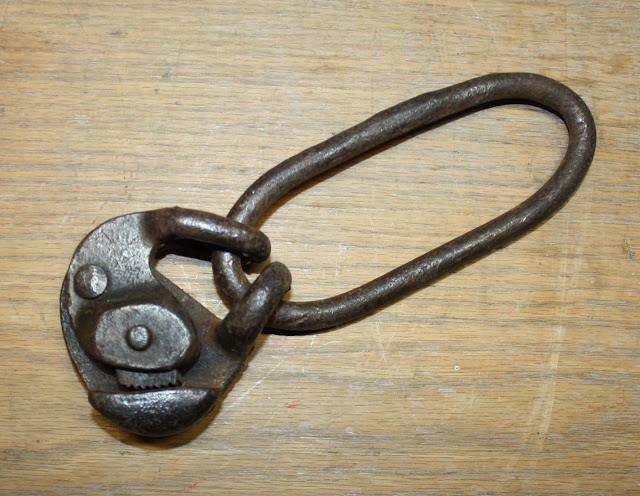 Below, the only marks on this one.  I think it might be a city in the state of New York? 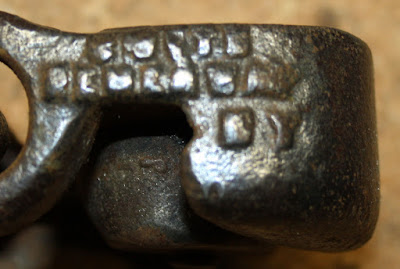 Finally, the simplest of the lot.  Again, you can see the cam action. 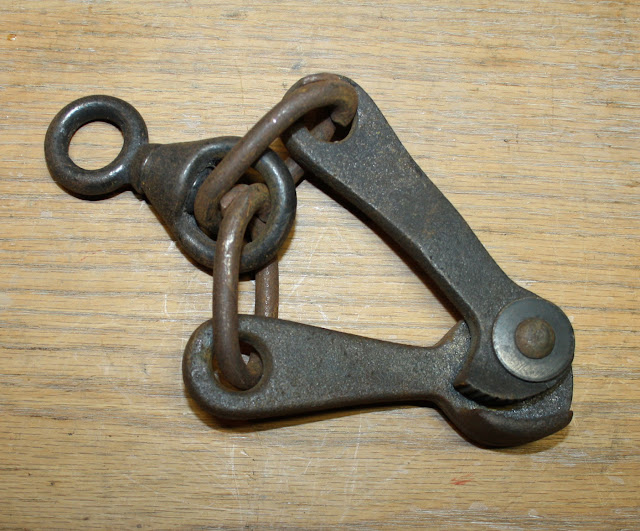 Previous owners of my property replaced some of the old rail fences with "Page wire."  You can use these old wire pullers to help make this type of fence taut again.  It was named after J. Wallace Page, who was born in Rollin Township, Michigan in 1843.  After fighting in the American Civil War, he returned to farming and turned his thoughts to better methods of fencing his fields to keep his livestock out of his crops.  He eventually developed a method for weaving wire.  He was joined by his cousin, Charles M. Lamb, who contributed a method of using power to drive the loom.  He relocated to Adrian where he incorporated his company in 1889. Fifteen years later, the company had grown to two huge plants, the one in Adrian employing 600 people, while the other in Monessen, Pennsylvania employed 700.  In 1902, the company was doing $3 million worth of business.  Page died in 1916, and the company was bought by the American Chain and Cable Company.  Oddly enough, today the town of Adrian has left little to celebrate this once major industry which made that city the "fence capital of the world." 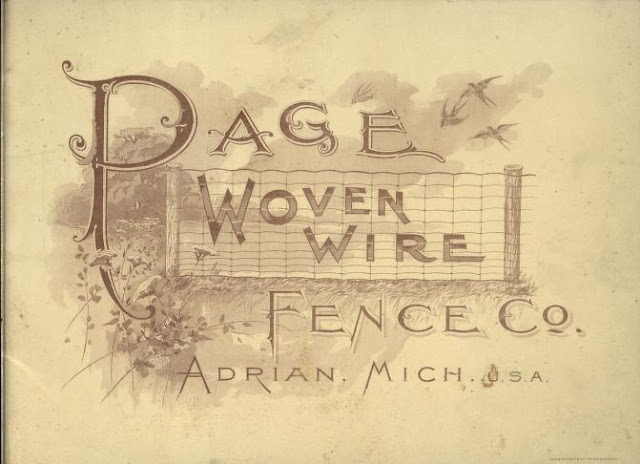 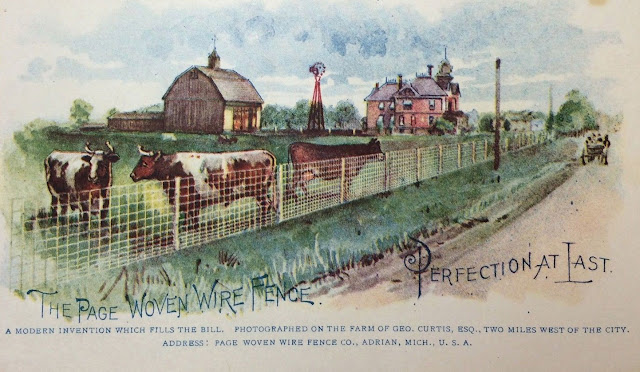