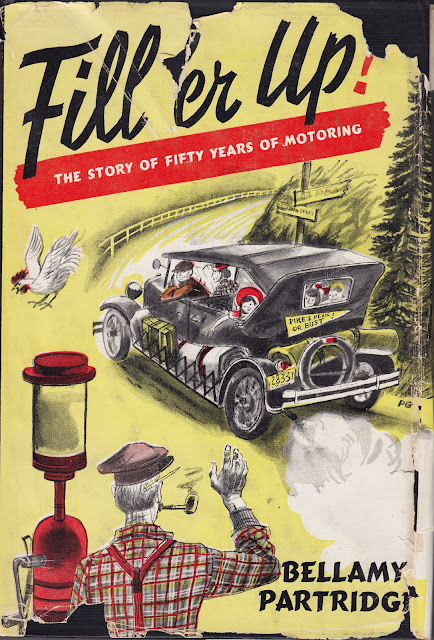 A while ago, I sold some stuff on Kijiji.  The buyer came by and I helped carry the items to his car trunk.  He had a couple of boxes of stuff already in there.  He told me that he'd recently bought a house, and this stuff had been left behind and he was going to take it to a thrift store.  However, he told me I could have anything I was interested in.  This book was one of my choices.

Published by McGraw-Hill in 1952, this volume was the Special AAA Fiftieth Anniversary Edition.  Bellamy Partridge (1877-1960) was around for the birth of the automobile, helped found the AAA, and recounts his own experiences in a cross-country trip along the Lincoln Highway in 1912 in a six-cylinder, 40-horsepower Matheson. 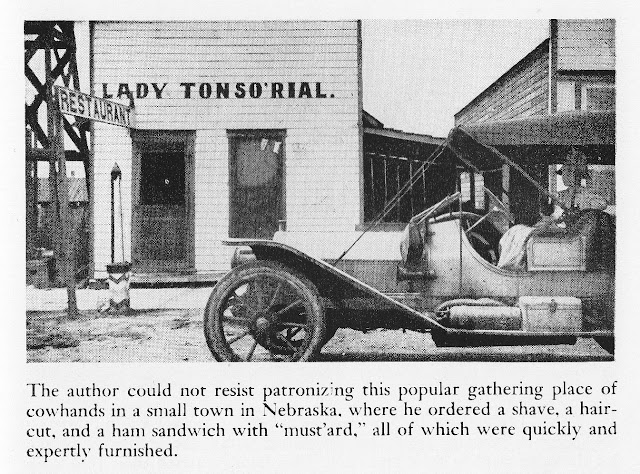 It's a fascinating book.  Mr. Partridge wrote a variety of books on his early remembrances.  He also has an entry on IMDB as a screen writer for a number of films, including a 1951 musical adaptation of his 1943 book Excuse My Dust starring Red Skelton. 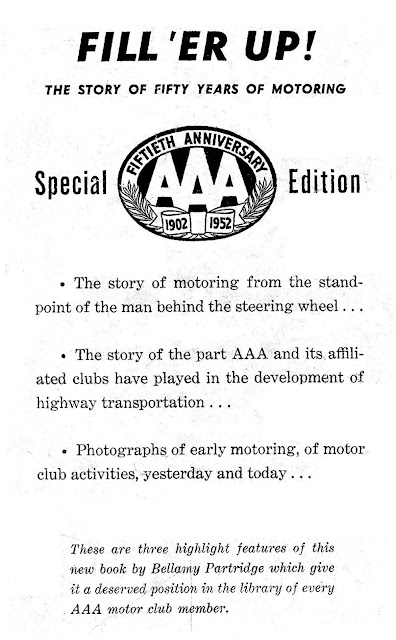 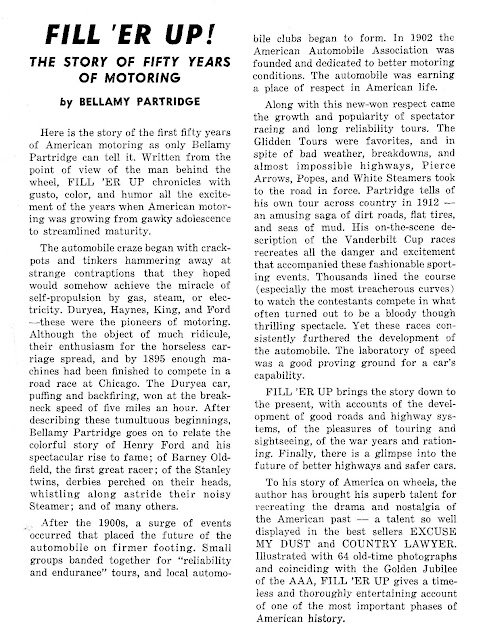