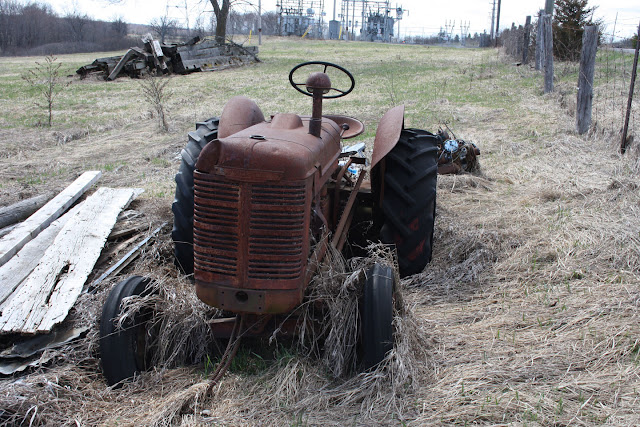 Got out for a ride yesterday, and finally got around to photographing this derelict tractor rusting alongside the road to Harrowsmith.  A long way to come (over 1300 kilometers) from its birthplace in the Farmall Works in Rock Island, Illinois.  (The last tractor rolled off the line there in 1985, and since then most of the huge complex has been demolished.) 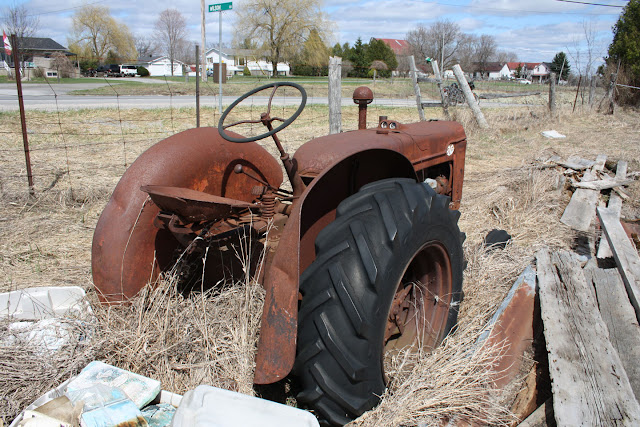 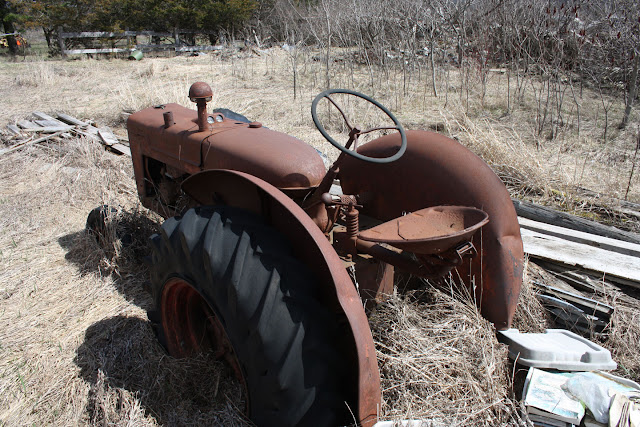 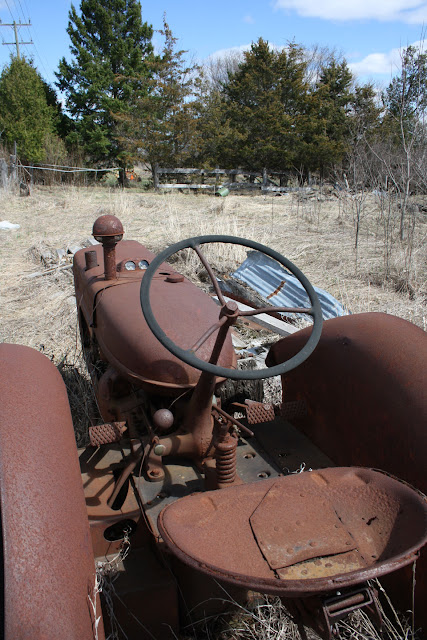 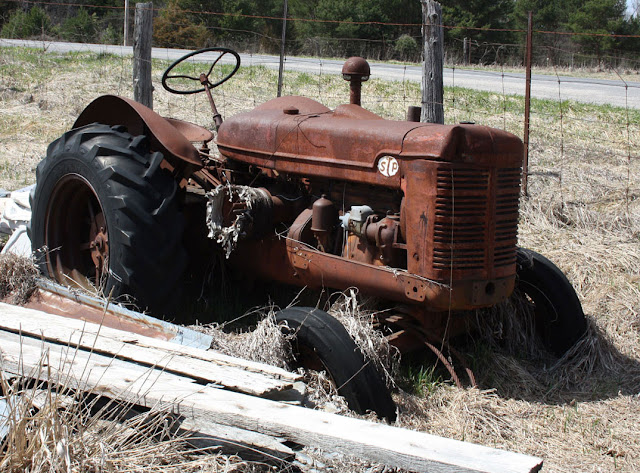 Seems a pity someone hasn't come along to rescue it.  Below, what might have been: a restored 1951 McCormick W4 seen last summer at a fair in Harrowsmith: 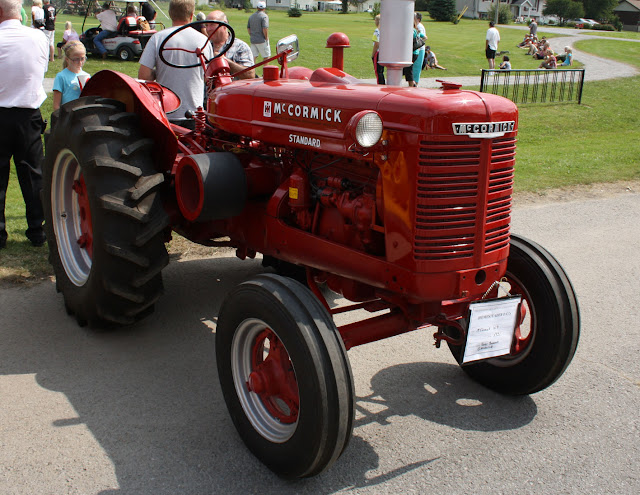 Below, more stuff laying around the tractor.  An old Ford engine: 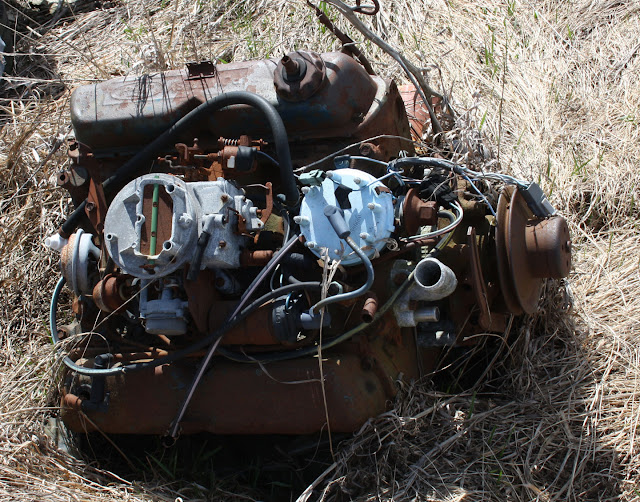 Three plastic tubs of  books, one a history of World War II. They've obviously been there for some time. The tubs are full of water and the books are completely ruined.  What a waste. But then look what's happened to the tractor. 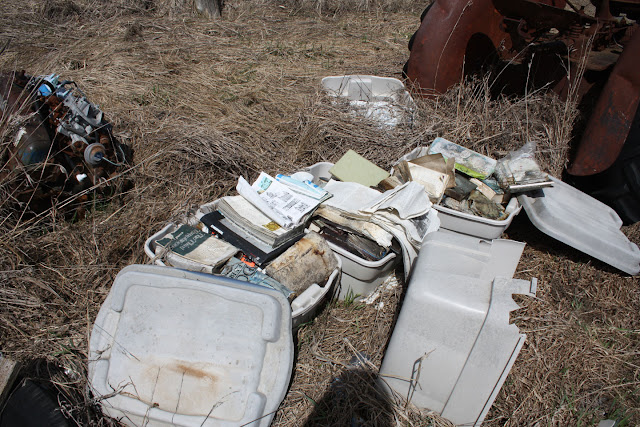