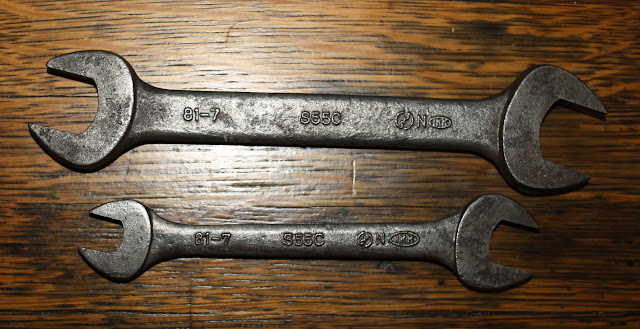 A couple of Yanmar wrenches I picked up.  Yanmar is a huge Japanese maker of diesel engines.  The company dates back to 1912, when Yamaoka Magokichi founded the Yamoaka Engine Workshop in Osaka.  By 1936, it had become Yamaoka Internal Combustion Machines, changing to Yanmar Diesel in 1952. In typically Japanese fashion, the name "Yanmar" was apparently taken from the founder's name, combined with the Yanma dragonfly.  In 2002, the company became Yanmar Limited.  In 2016, Yanmar bought the German compact equipment manufacturer Schaeff (which was founded in 1947 as the North American Manufacturing Company in Sioux City) and partnered with Toyota to the develop the next generation boat hulls.

The markings on the wrenches are curious.  I'm assuming that these were made for Yanmar by IKK, with the peculiar Japanese Industrial Standards logo (replaced in 2008) also shown on the wrench:

All I can find on the web is a comment that IKK was a Japanese maker of hand, power and industrial tools in the 1960's.  Below, another of their wrenches found on the 'Net: 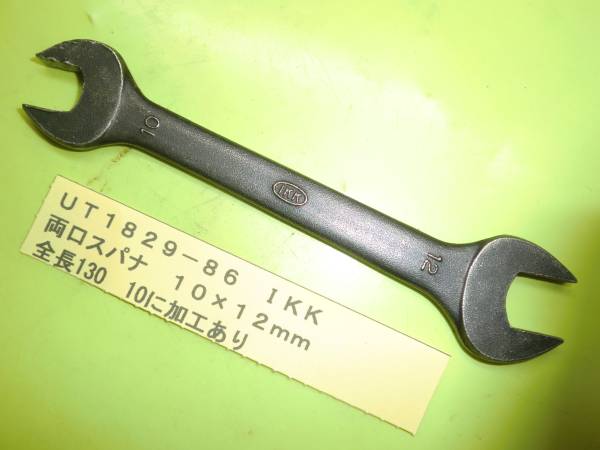