The Cessna 150 holds the record as the 5th most produced civilian aircraft in the world.

From an old Guillow's model kit. Paul K. Guillow was a World War I naval aviator who founded Nu Craft Toys in 1926.  After Lindbergh crossed the Atlantic, there was a surge of interest in Guillow's balsa wood aircraft kits.  Demand meant a need for larger premises, which was found in downtown Wakefiled, Massachusetts. According to the company's website:

During the Second World War most of the balsa wood was being diverted for military use in the production of rafts and life jackets making it nearly impossible to acquire. Balsa wood comes from Ecuador and the war effort and German U-boats conspired to make life difficult for balsa model builders. This did not deter Paul from supplying his customers with model kits. Anxious to build the new WWII aircraft Hellcats, Avengers, Mitchells, Mustangs, Messerschmitts, Stearmans, Corsairs and Lightnings model builders were forced to switch to paper cardboard and pine although not always successfully. Guillow also served the war effort by supplying the armed forces with a number of drone aircraft to help U.S. gunners sharpen their skills.


When Guillow died in 1951, his wife took over the company.  In 1998, Guillow bought out their long-time competitor Comet Industries/North Pacific of Chicago, making Guillow one of the world's largest toy airplane manufacturers.  Below, from the company website:

Not all of Guillow's customers were happy and devoted to their new hobby as stated by this excerpt from a letter, dated 7/14/59, that still hangs in the lobby of Guillow's today -
"I think that you have the lousiest planes made from the lousiest wood (please take this as an insult). If you make planes like that put extra parts in them so I can fix the broken, rotten, lousy, dirty, crummy airplanes... if your planes aren't better I will sew you for fraud. Sincerely, Robert Higgins... P.S. drop dead!" 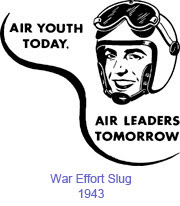