Mason H. Sherman was president of Birmingham Steel, and also owned a small Alabama railroad.  He was able to retire at age 46. At a bar, he met Roger Klove and the two joined forces to form the Sherman-Klove Company in Chicago in the early 1900's, ultimately making mortar housings in Chicago for the WWI war effort.  After the war they made specialty screw machine products, but expanded into the production of socket wrenches for the Hinsdale Socket and Wrench Company.  When Hinsdale went under in 1932, Sherman-Klove dealt with their inventory of sockets by re-branding them S-K Tools. 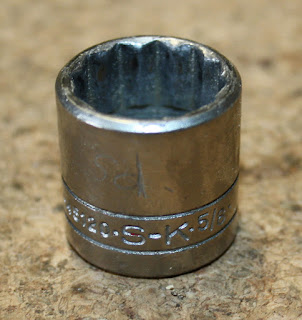 In 1934, Theodore Rueb, an S-K engineer, patented a "round-head" ratchet, which became an industry standard.  S-K was one of only 26 companies to survive the depression and, at the beginning of World War II, they controlled 25 percent of the socket wrench market.  They primarily made tools under contract for other companies, including the Craftsman sockets for Sears Roebuck. In the early 1950's, S-K formed a partnership with the Lectrolite Corporation of Defiance, Ohio, in which SK made sockets and drive tools and Lectrolite focussed on wrenches, marketing all of their products under a combined name. 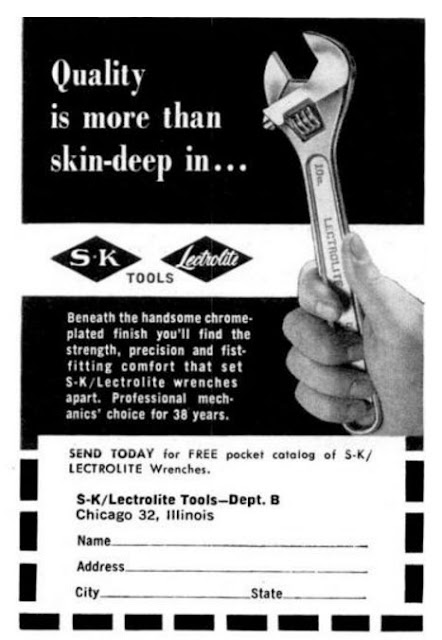 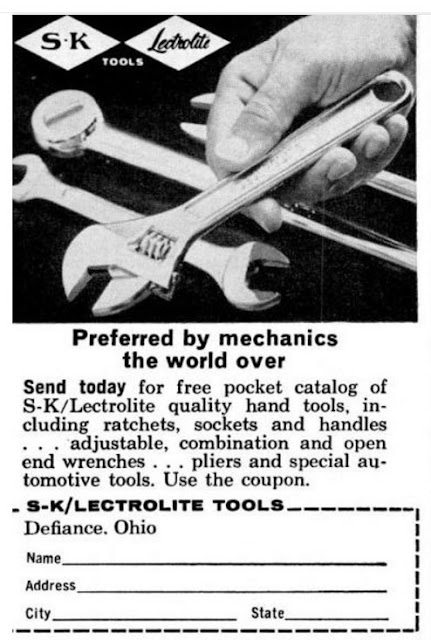 In 1962, the owner of S-K Tools died, and the company was sold to Simington Wayne, become SK Wayne.  (Wayne also bought Lectrolite.) 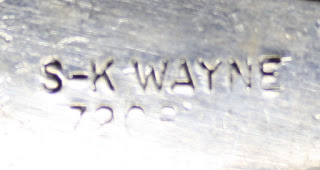 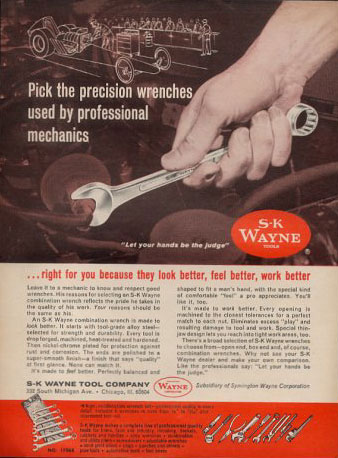 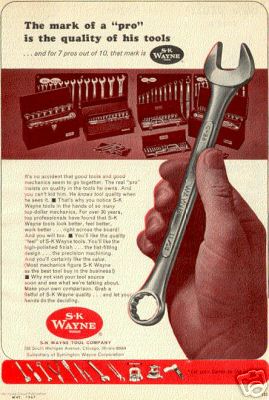 In 1968, SK Wayne itself was purchased by Dresser Industries, when the Wayne Oil and Tank Company merged with Dresser. Dresser, which had previously bought Kraeuter, used the S-K facilities to produce a line of Kraeuter-branded sockets and drive tools.

In 1985, the French giant Facom bought the firm.  In 2005, a management buy-out returned it to independent status as the S-K Hand Tools Corporation. That didn't last long.  In 2010, S-K declared bankruptcy and was purchased by IDEAL industries.  The Chicago factory was closed and production was moved to IDEAL's location in Sycamore, Illinois.  S-K tools are now also produced in Colorado by Western Forge, another IDEAL subsidiary.  According to the SK Tools website:

Many American tool companies stretch the meaning of ‘Made in America’. Not SK Professional Tools. With forging facilities in Colorado Springs, CO and a brand new manufacturing and distribution center in Sycamore, IL, all SK Professional Tools are crafted with American steel right here in the U.S.A. for quality and precision you can trust.

SK Professional Tools is proud to be part of IDEAL INDUSTRIES, INC., a family-owned, blue-collar American company that believes in serving the hardest working tradesmen in the world.

Thank you for sharing the development history of SK. I never know that there are so many wonderful stories behind a wrench tool.

Thank you for this very informative article.