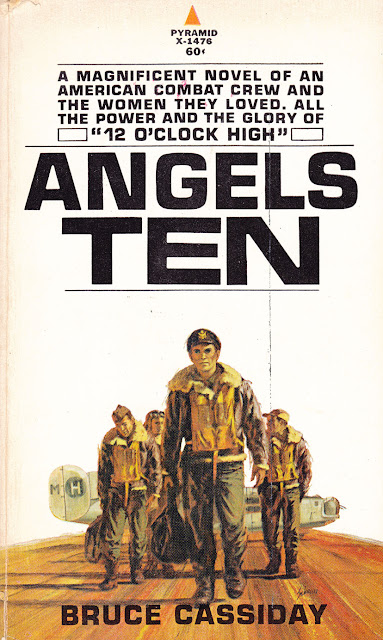 Published by Pyramid Books in 1966, the illustration is by Harry Schaare (1922-2008) who, on Google images, seems better represented by raunchier material. The author, Bruce Cassiday (1920-2005), served in the U.S. Air Force during WWII, and later became Fiction Editor of Argosy Magazine.   He wrote under a variety of pseudonyms, publishing "how to" books in addition to his fiction. Pyramid Books became Jove in 1977.

From the back cover: 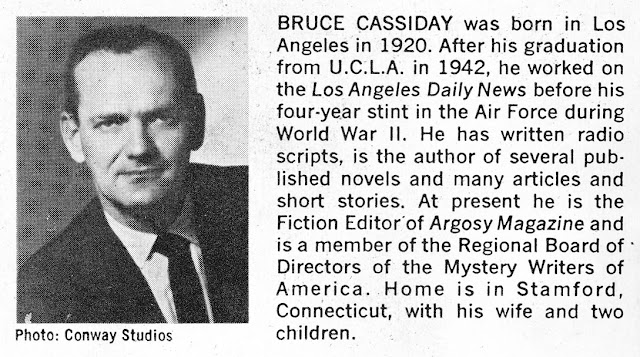 The book is the story of an American crew on a B-24 and its missions over Italy and Germany. I found the book lacking in authenticity, especially the constant badinage occurring among the crew even while they're preparing to be attacked by German fighters or to belly land with hung-up bombs on board.  Not to detract from the bravery of the men who flew these missions, I don't think anyone has that level of sangfroid. The characters also lacked development and were more cartoonish than real.  However, it did hold my attention long enough to finish the book.  Spoiler alert:  it has a really stupid ending.
Posted by The Duke at 9:27 AM